Prepare For Change
Home ARCONTES Netanyahu aide in leaked recording: ‘Hate is what unites our camp’ 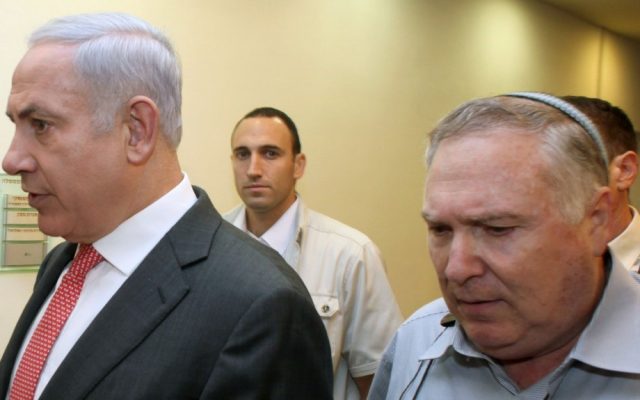 Prime Minister Benjamin Netanyahu’s senior aide Natan Eshel said that “hate is what unites” the right-wing camp led by the Likud party and that negative campaigning works well on “non-Ashkenazi voters” in a leaked recording revealed by Channel 12 on Saturday.

Eshel, a former Netanyahu chief of staff who resigned amid allegations of sexual misconduct, continues to work with the premier, leading the previous two coalition negotiations over the past year.

In the newly revealed recording, he can be heard discussing the party’s campaign strategy with an unnamed person whom he is trying to recruit as a political adviser, according to the report. In the tape, Eshel says that Attorney General Avichai Mandelblit’s decision to indict Netanyahu in three corruption cases actually helped the premier in his campaign. “He went up by 20 percent” Eshel recalls, though it was unclear what numbers he was referring to.

“If you haven’t stolen, what exactly have you come [into politics] for? We’ve checked this. And to my shock, they [the public] do not understand [this notion] of going into politics to do what’s good for the nation. You go into politics in order to steal and you need to be a man,” Eshel claims, not yet specifying which public he was referring to.

“Now, in this public, I’ll call it… non-Ashkenazi…What gets them worked up? Why do they hate the press?… They hate everything and we’ve succeeded in whipping up that hatred. Hatred is what unites our camp,” Eshel says plainly.

Eshel appeared to be referring to the Likud base of voters from Mizrahi communities, often in the periphery, who have long supported the party. 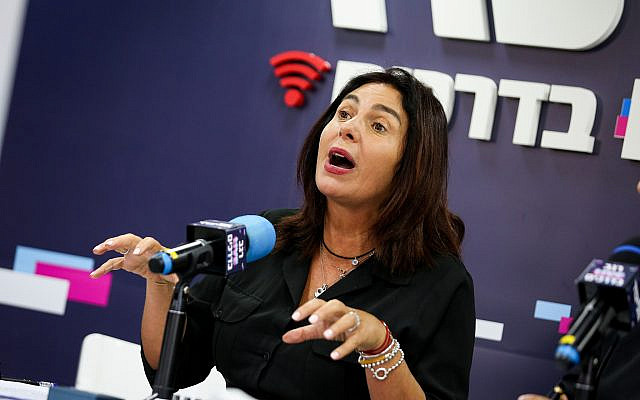 In the recording, the Netanyahu confidante then goes on to explain that Likud minister Miri Regev is “excellent” at “stirring up” Likud supporters. Eshel recognized that Regev is “an animal” but works effectively as if she were standing in a stadium at a soccer match and waving her hands in order to drum up the crowd.

Asked to comment on the leaked recording, Eshel said he would not respond to “lies,” though it was unclear what exactly he was disputing.

The Likud party appeared to accept that the recording was genuine, but asserted in a statement that “it is impossible to compare Nathan Eshel’s erroneous private opinion when he has no role in the Likud campaign to the shocking testimony of Blue and White chairman Benny Gantz’s senior adviser, Israel Bachar, who says Gantz is a danger to Israel and does not deserve to be prime minister.”

Bachar, in a recording leaked to Channel 12 on Thursday, could be heard saying that Gantz does not have the courage to attack Iran and could pose a danger to Israel’s security.

Blue and White said in a statement Saturday that the Eshel recording shows what the Netanyahu aide “really thinks of Likud voters.”

“It is Netanyahu’s spirit that is poisoning Israel. It will be over in two days. Bibi, go home!” the centrist party added.

Netanyahu later Saturday issued a statement that said he called Eshel to make “clear to him that his comments are inappropriate and unacceptable.”

“He apologized immediately. The Likud is home to all parts of the Israeli public and that’s the way it will always be,” Netanyahu said.

This isn’t the first time this month that Eshel found himself in hot water over a leaked recording.

Last week, Netanyahu was forced to apologize to a prominent religious-Zionist rabbi Chaim Druckman after Eshel was recorded mocking him and the Yamina party that views him as a religious leader.

In the recording, Eshel appears to mock Druckman with the dismissive Yiddish prefix “sh,” calling him “Druckman and Shmuckman.”

Eshel later explained in a statement that he had spoken in “slang” and meant nothing by the comment.