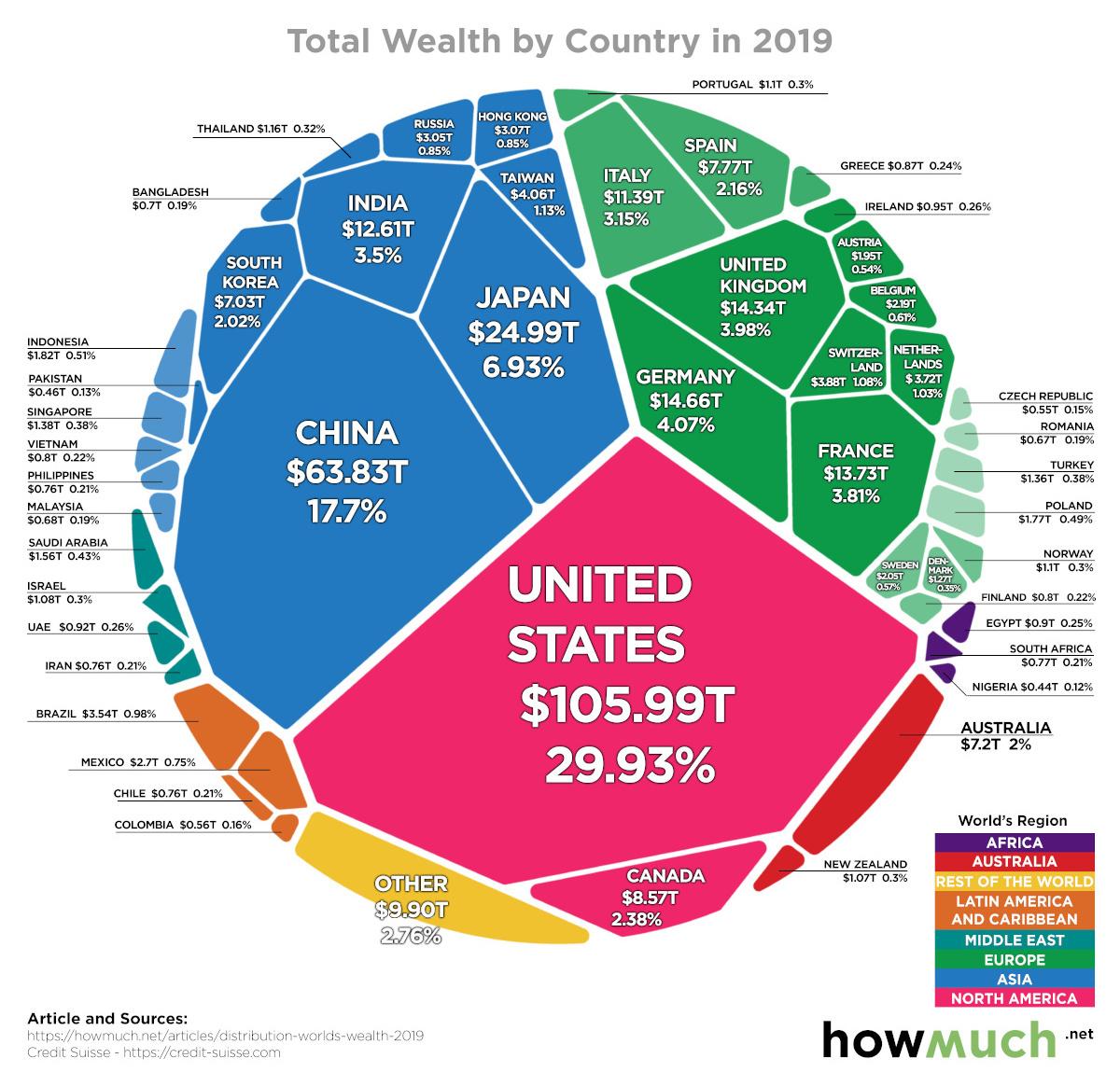 Today’s visualization comes to us from HowMuch.net, and it shows all of the world’s wealth in one place, sorted by country.

The financial concept of wealth is broad, and it can take many forms.

While your wealth is most likely driven by the dollars in your bank account and the value of your stock portfolio and house, Visual Capitalist’s Jeff Desjardins notes that wealth also includes a number of smaller things as well, such as the old furniture in your garage or a painting on the wall.

From the macro perspective of a country, wealth is even more all-encompassing — it’s not just about the assets held by private households or businesses, but also those owned by the public. What is the value of a new toll bridge, or an aging nuclear power plant?

Here’s how that divvies up between major global regions:

Last year, growth in global wealth exceeded that of the population, incrementally increasing wealth per adult to $70,850, a 1.2% bump and an all-time high.

That said, it’s worth mentioning that Credit Suisse, the authors of the Global Wealth Report 2019 and the source of all this data, notes that the 1.2% increase has not been adjusted for inflation.

Which countries are the richest?

Let’s take a look at the 15 countries that hold the most wealth, according to Credit Suisse: 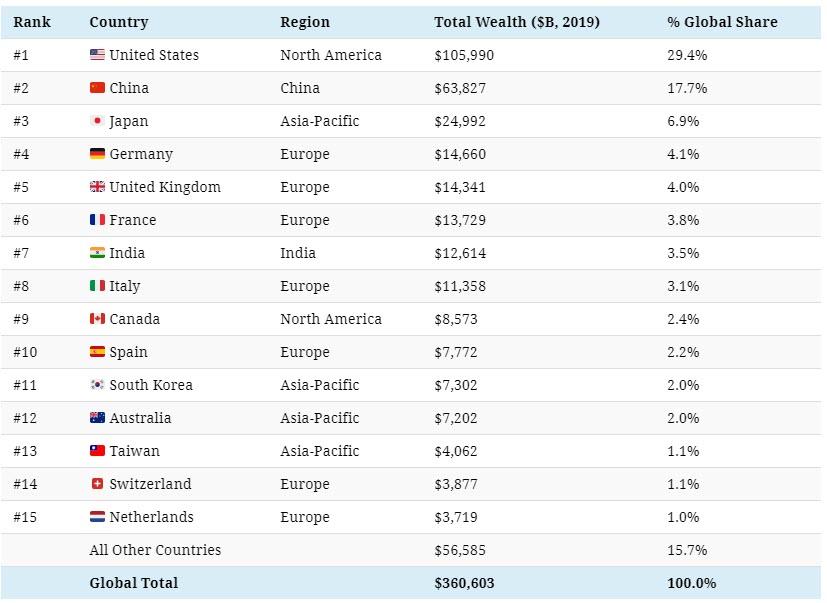 The 15 wealthiest nations combine for 84.3% of global wealth.

Behind the U.S. is China, the only other country with a double-digit share of global wealth, equal to 17.7% of wealth or $63.8 trillion. As the country continues to build out its middle class, one estimate sees Chinese private wealth increasing by 119.5% over the next decade.

Impressively, the combined wealth of the U.S. and China is more than the next 13 countries in aggregate — and almost equal to half of the global wealth total.