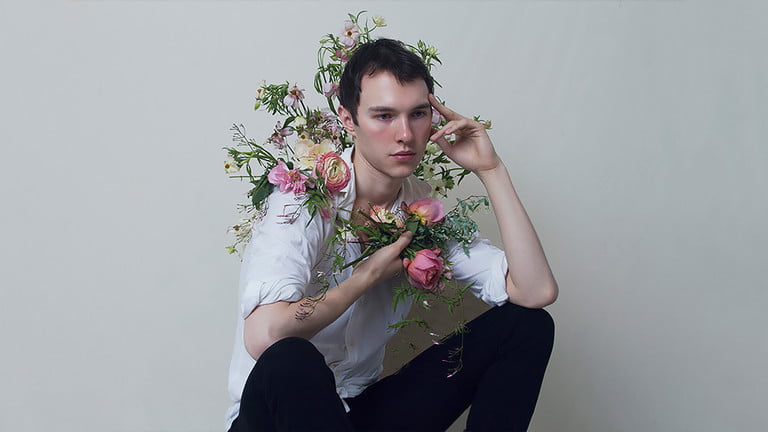 Peter Andrews is an Irish science journalist and writer, based in London. He has a background in the life sciences, and graduated from the University of Glasgow with a degree in Genetics.

Pollution, sedentary lifestyles, soy and even social ‘feminization’ have been blamed for a deepening testosterone crisis. But finding the answer fast is important – the future of America’s population literally depends on it.

Testosterone truly is the male hormone. It is what turns boys into men—upon puberty the testes drastically upregulate their production of it, triggering secondary sexual characteristics. These include the growth of muscle and bone, a deeper voice and the sprouting of body hair. Without testosterone, one suspects there would be a lot of noodle-armed, squeaky-voiced man-babies stalking the streets, perhaps in the vein of a Michael Jackson (rumoured to have been on hormone-blockers since childhood) or even a young Jeff Bezos (until he allegedly started pumping himself full of replacement testosterone).

But a new study published this month in the Journal of Sexual Medicine has found that testosterone is in crisis, at least when it comes to American Millennials and Gen Z-ers. Men’s testosterone is supposed to decline naturally with age, but this study, which was presented last October to the Sexual Medicine Society of North America, showed a shocking decline in the levels of cohorts of young American men throughout since 1999. The authors tested the serum testosterone (total amount of testosterone present in the blood) of 4,045 men aged between 15 and 39—making sure to control for confounding factors such as age, race, and level of physical activity—and still the results were unmistakable. In fact, they have been slashed by over one-quarter in the last two decades.

This is hardly surprising news. Data showing how sperm counts have fallen has been widely reported in recent years. Since the testes produce both testosterone and sperm cells, it is probable that the causes overlap partially or entirely. Laptops too close to the crotch, anyone?

Could the dratted men’s rights activists be right after all?

Men’s rights activists, easily dismissed with that devilishly vague slur ‘conspiracy theorist’, warn of endocrine disruptors in the food supply, and xenoestrogens in the water. Identifying the cause, for now, is a bit like playing bingo for diagnosing modern-day malaise. The ubiquity of internet pornography? The decimation of manual labor among the working classes? Soy-based baby foods? Since studying the effects of any one of these things would never be funded for study by the educational-industrial complex, it is impossible to know how they might tie in.

The poor diets and sedentary lifestyles that many young Americans enjoy are certain to be among the major contributing factors, but that cannot explain all of the downturn. This is because the study authors also controlled for overweightness, a known enemy of testosterone, by looking at the decline in only those young men who had healthy BMIs. Even these men saw their testosterone scores drop by over one-fifth.

The feminization of society is an interesting hypothesis, although difficult or impossible to study (even if it were not politically incorrect). Could the entry of women into previous male-dominated workplaces have actually affected their endocrinology? Over the long-term and on a vast scale, it is perfectly plausible. Whereas once American workplaces were crucibles of masculine competition, worshipping a single God—real-world business success—and ruthlessly capitalistic in their incentive structure, now they are anything but. Even the private sector is strangulated by sprawling human resources departments holding bosses to ransom over innocuous jokes, and thereby incentivizing mediocrity and absolute subservience as a career trajectory. It is easy to see how the natural aggressive juices of men who have been defanged and declawed at work (to say nothing of their home lives) could be staunched.

Americans are getting it in the neck here, but are things even any different in other agribusiness-run hyper-feminized societies like, for instance, Western Europe? Here’s anxiously awaiting a similar study. It would be interesting if the authors next looked at American men’s levels of the female hormone estrogen, as well as American women’s levels of testosterone. Could both have increased? Women have only a fraction of the amount of testosterone as men do coursing through their blood, but any overproduction can lead to quite obvious changes, such as excess body hair and a deeper voice.

Make no mistake though, this is very bad news. Not only is low testosterone deficiency linked to a range of negative health outcomes, it is even associated with a higher risk of death—not to mention fertility. One who didn’t know better might say that plummeting testosterone levels are at once the cause of and a perfect metaphor for an existential crisis in American masculinity.