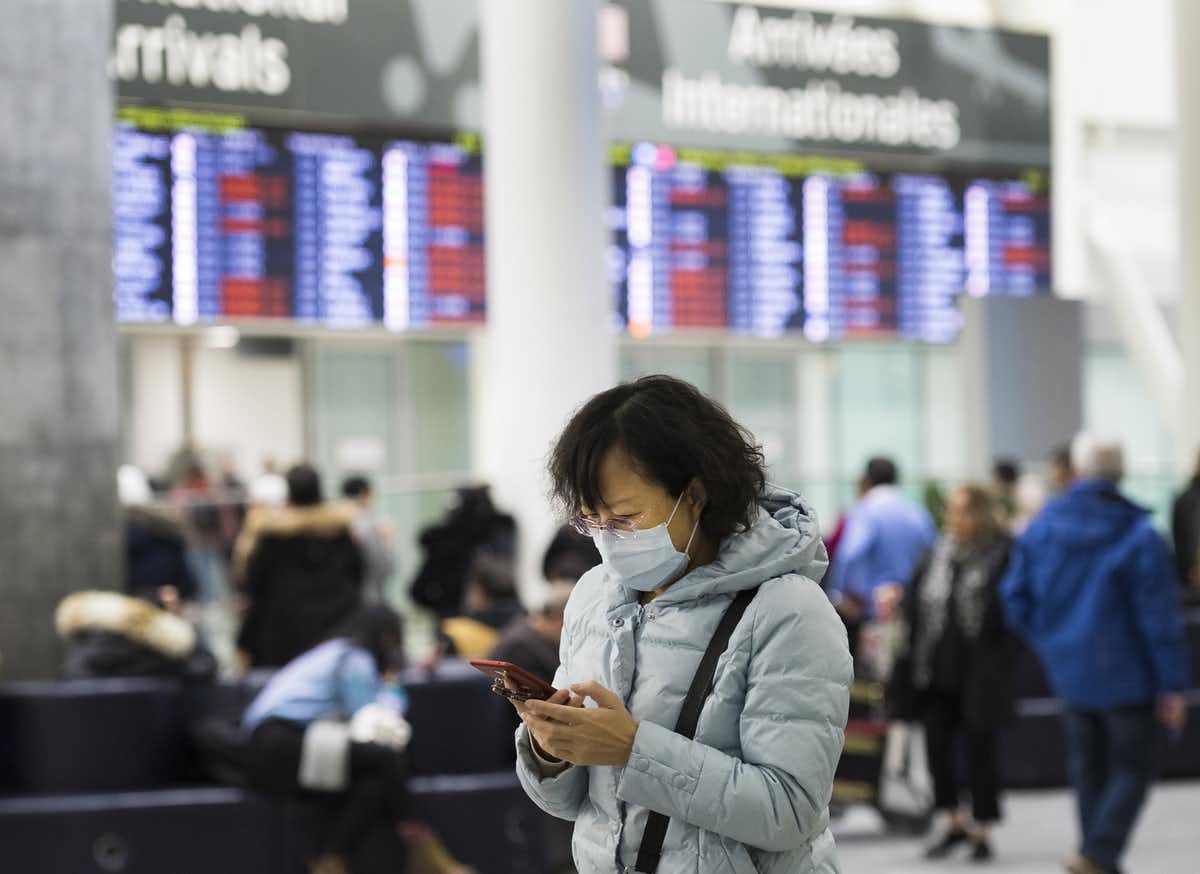 “If the situation of generalized panic continues, thousands of businesses, especially small ones, will first enter a liquidity crisis, then close their doors.”

This is all happening just weeks before high season is about to get under way. But with millions and millions of tourists voting with their feet by staying at home, one of Europe’s most important and (until four weeks ago) fastest growing industries is taking a hammering.

The world right now is full of places that should be teeming with people but are not, including many iconic tourist landmarks and attractions. In Italy, home to Europe’s third biggest tourism industry, large parts of the country are on lock down after being hit by the biggest outbreak of the COVID-19 outside of Asia. Many of the most famous tourist attractions have been closed and big international events, including the Venice Carnival, have been cancelled.

The impact on the country’s tourism industry has been brutal, prompting panicked representatives to warn that a “generalized panic” over coronavirus could “sink” the sector. “There is a risk that Italy will drop off the international tourism map altogether,” said Carlo Sangalli, president of Milan’s Chamber of Commerce. “The wave of contagions over the past week is causing huge financial losses that will be difficult to recoup.”

Even by late February, when the outbreak was still in its infancy, €200 million worth of travel and accommodation bookings in March had already been cancelled, reported Italian tourism association Assoturismo Confesercenti. That figure, based on data provided by Italy’s hotels, B&Bs and travel agencies, doesn’t include lost tourist revenue for transport, tour guides, bars, restaurants and shops. Bookings are also “sharply down” until June.

In the three most affected regions — Lombardy, Veneto and Emilia-Romagna (in descending order) — cancellation rates on bookings of hotels, flights and apartments have reached as high as 90%. These three regions also happen to be the main motor of Italy’s economy, accounting for 40% of Italy’s GDP. The country’s financial capital (and capital of Lombardy), Milan, is like a ghost town, with many of its most important landmarks, including the Teatro alla Scala opera house, closed to visitors.

“In recent history Italian tourism has never experienced a crisis like this,” Vittorio Messina, National President of Assoturismo, stated in a press release. “It is the darkest moment. Not even 9/11 affected it so heavily.”

The industry group Confturismo- Confcomercio has forecast that the sector, which accounts for 13% of Italian GDP, will suffer total losses of €7.4 billion in the second quarter. It’s the small businesses that are most at risk, warns Messina: “If the situation of generalized panic continues, thousands of businesses, especially small ones, will first enter a liquidity crisis, then close their doors. We urgently need to work towards normalization.”

This unprecedented slowdown of a sector as vital as tourism does not bode well for a country whose economy has barely grown for 20 years and whose banking sector continues to be plagued by systemic problems, including dangerously high levels of non-performing loans (NPL). While the NPL ratio has fallen from a peak of 17% in late 2015 to 8.2% (in September 2019), its still way too high for comfort. In the coming months it’s likely to undergo a sharp resurgence as businesses and households struggle to generate enough income to cover their liabilities and service their debt. And that is the last thing that Italy’s already fragile financial sector needs.

In Spain, tourism is even more important to the national economy, generating approximately €180 billion a year — close to 15% of GDP. In 2019, Spain was the second most visited country in the world, attracting 83.7 million foreign tourists.

In Barcelona, thousands of tourist-dependent companies have already had to forego the lucrative spoils provided by the Mobile World Congress, the world’s biggest annual mobile trade that last year attracted 100,000 people from all over the world, generated around 14,000 temporary jobs, and produced close to €500 million in revenues for the City. But this year, the event was cancelled after dozens of participating companies pulled out over fears about the coronavirus.

The virus has also been a big blow for the city’s luxury and jewelry sectors. Until recently, Chinese visitors accounted for around 40% of all purchases on the Paseo de Gràcia promenade. Last year alone, those purchases grew by 16%. February and March are normally the busiest months for arrivals from China, Japan and South Korea. But this year, they are conspicuously absent. According to some forecasts, the luxury stores on Paseo de Gràcia, which pay eye-watering sums in monthly rent, could suffer a 50% decline in sales as a result.

As the number of cases of the novel coronavirus in Spain rises, attention is turning to Easter, one of the busiest weeks for the nation’s tourism industry. That industry was already battered by the collapse late last year of the global tour operator Thomas Cook, which prompted the government to bail out the sector. But that wasn’t enough to prevent consecutive year-on-year drops in the number of tourist arrivals in both December and January. In the destination most dependent on Thomas Cook bookings, the Canary Islands, tourist arrivals fell by 5% year over year in January.

That was before the Coronavirus had officially arrived in Europe. Now that it is spreading at an alarming rate, March has been all but written off by Spain’s tourism industry. The initial signs for Easter are not good either. Hotel bookings last week were down by a fifth on the same week last year. In the Canary Islands, they’re down by as much as 30%. Sources from the industry have also detected a year-on-year collapse of almost 40% in the number of Internet searches for flights, trips and hotels.

France, with 89 million tourists in 2018 (last year’s figures are yet to be released), the most visited country in the world, is also feeling the fallout from of COVID-19. Tourism contributes about 10% to GDP. France’s Finance Minister, Bruno Le Maire, said two weeks ago that the outbreak had triggered a 30%-40% plunge in the number of overseas visitors. At that point, the virus was barely present in the country. Now, it’s in all 13 of France’s metropolitan regions, as well as French Guiana.

This is all happening just weeks before high season is about to get under way. But with millions and millions of tourists voting with their feet by staying at home, one of Europe’s most important and (until four weeks ago) fastest growing industries is taking a hammering.