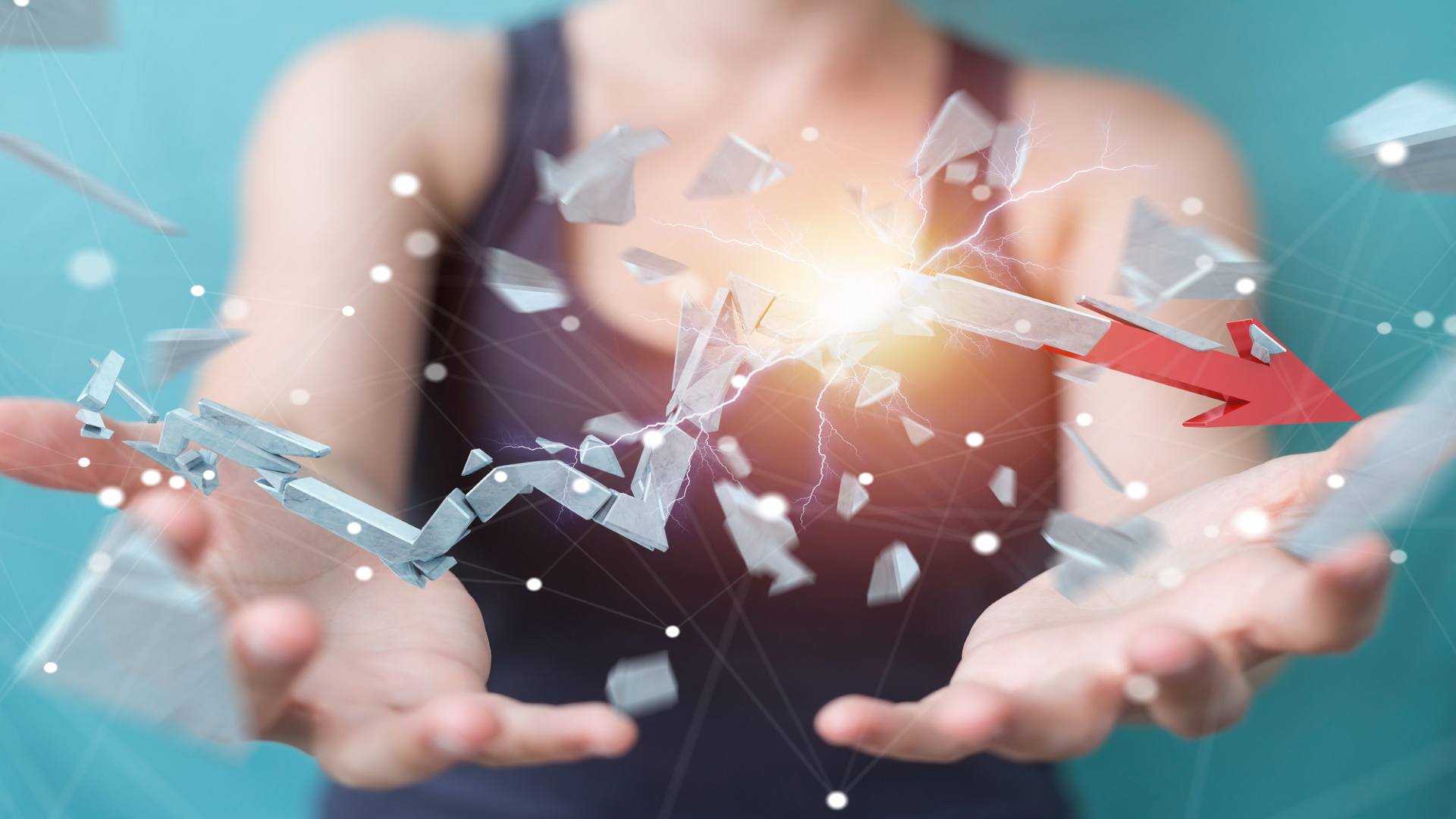 Dow Jones sinks over 2000 points in worst single-day drop in history amid oil price war, coronavirus, with such a massive sell-off that circuit breakers were triggered putting a halt to trading for 15 minutes. This is a legitimate “black swan” event and markets are reacting in full panic mode to this surprise.

That worst-case isn’t here yet, or is it? They are already calling today Black Monday as things crash hard all over the planet. At the opening bell the Dow is down 2,013 points or 7.8% making it the greatest collapse of value in history. “It’s an absolute bloodbath,” writes Graham Summers.

Ignore events at your peril. Don’t be the last to prepare. At least stock up on what you will need if you and your family are quarantined and that includes having the natural medicines to treat the coronavirus if it comes to your home. Meaning be sure to have iodine, bicarbonate, magnesium, selenium, vitamins C and D in good supply.

If you could pick one word to define the market leading into this week it would be “chaos.” An oil price war is in the making, treasuries are going haywire and coronavirus fears are everywhere. “We are facing an emergency, a national emergency. We have to limit the spread of the virus and prevent our hospitals from being overwhelmed,” the Italians said, as they quarantine16 million people.

Italy has formally locked down more than a quarter of its population in a bid to stop the spread of the novel coronavirus, as the outbreak reached Washington DC and a political convention attended by Donald Trump and Mike Pence.

The lockdown decree includes the power to impose fines on anyone caught entering or leaving Lombardy, the worst-affected region, until 3 April. It provides for the banning of all public events, closing cinemas, theatres, gyms, discos and pubs. Religious ceremonies such as funerals and weddings will also be prohibited, and leave for healthcare workers has been cancelled.

More and more people are asking is the cure worse than the disease? The New York Times says, “China’s blunt force strategy poses deeper questions for other countries. Its campaign has come at great cost to people’s livelihoods and personal liberties. Even countries that could copy China still have to ask whether the cure is worse than the disease?”

As the coronavirus races around the world, tanking markets, cutting off global travel and suspending school for hundreds of millions of children, governments are desperate for something not attainable. There is no way to contain the virus, but it does look like they will collapse the world economy in trying.

No matter how bad the disease turns out to be the public response is already catastrophic. However, did China really close down the activities of hundreds of millions of their citizens for a mild virus (most people without preconditions do just fine with this infection) or is something more deadly spreading like wildfire?

We saw early on that China bulldozed large piles of material on roads of cities to block people from entering and leaving. China has welded people in homes and dragged them out of their homes to medical detention centers. China has shutdown most of their factories collapsing their economy. People have been seen falling down dead in China and even already in Iran. China has shut down social media.

The extremely harsh reaction of the Chinese suggests a more dangerous virus than  the mass media is portraying. The worst I have seen in print suggests that 83% exposed become infected. Infections double every 3 to 6 days. Up to 50% infected need hospitalization. Of those 50%; with hospital care the death rate is 15%, without hospital care the death rate is 65%. That might have been the truth in Wuhan where they have the complication of extremely heavy air and water pollution as well as newly installed 5G. It still remains to be seen how high the death rates will go especially when we see the medical response failing.

No matter what the virus is doing public perception is slaughtering the economy. Even if the disease kills fewer people this year than the common cold, the global medical response is a wrecking ball crashing through the economies at too many points to count. I think it obvious that public perception was engineered from the beginning. Just to put things into perspective:

“The business response to COVID-19 is completely unprecedented. So is the US government response. So is the Chinese government response. So are the stock markets’ responses all around the world. And, therefore, so is the general public’s response because what else can they make of all these responses by governments and health agencies and businesses with their constant warnings on every radio channel and television news program?”

Fear of the illness is killing us economically. Entire skyscrapers are being shut down, conventions and festivals that profit entire communities shut down, airports empty, states of emergency breaking out everywhere, entire corporate work forces sent home for a month, schools and colleges closed!

Dramatic measures will be taken to combat the rapid spread of the coronavirus, yet officials have already conceded that we will not be able to stop or even arrest much the spread of the virus. We have never seen anything like this — not on 9/11, not in any viral outbreak in the US.

Social activity is grinding to a halt. The spread of the coronavirus is shutting down the world economy. In increasing numbers people are no longer travelling. The spread of the virus, whether through fear or fact, is sharply reducing both production and demand. Indebted businesses will not have the cashflow to pay debt interest and supply chains will be riddled with payment failures. Previously acceptable debt is becoming junk. Banks will need to be rescued from defaulting customers and the euro’s future will be increasingly questioned.

The party is over. “The world is now facing the gravest economic and social downturn in modern history. We are entering a period of global crisis that will change the world for a very long time to come. Closing all factories, offices, schools, shops, railways, cinemas etc. will paralyze the countries and the world economy. To totally close down countries and production, leading to shortages of food and medicine, will probably kill more people over time than the virus itself,” writes Egon von Greyerz.