Prepare For Change
Home ARCONTES Did Colonists Give Infected Blankets to Native Americans as Biological Warfare? 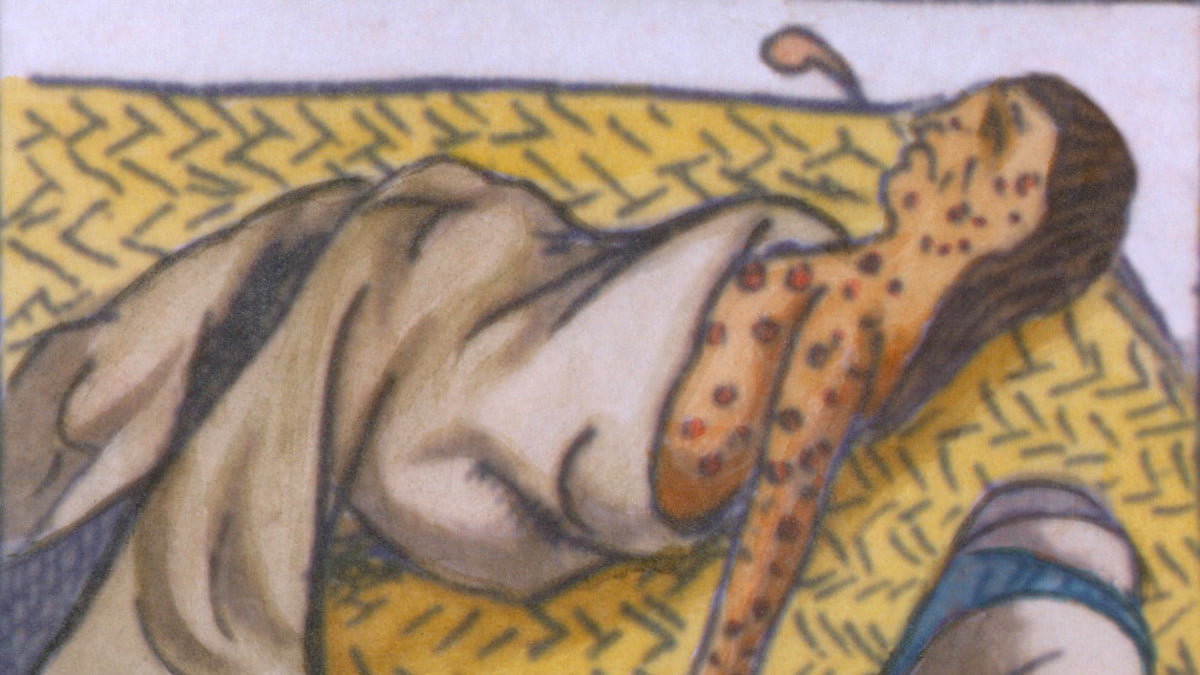 North American colonists’ warfare against Native Americans often was horrifyingly brutal. But one method they appear to have used—perhaps just once—shocks even more than all the bloody slaughter: The gifting of blankets and linens contaminated with smallpox. The virus causes a disease that can inflict disfiguring scars, blindness and death. The tactic constitutes a crude form of biological warfare—but accounts of the colonists using it are actually scant.

Colonial weaponizing of smallpox against Native Americans was first reported by 19th-century historian Francis Parkman, who came across correspondence in which Sir Jeffery Amherst, commander in chief of the British forces in North America in the early 1760s, had discussed its use with Col. Henry Bouquet, a subordinate on the western frontier during the French and Indian War.

For all the outrage the account has stirred over the years, there’s only one clearly documented instance of a colonial attempt to spread smallpox during the war, and oddly, Amherst probably didn’t have anything to do with it. There’s also no clear historical verdict on whether the biological attack even worked.

Smallpox had spread at Fort Pitt.

Early American historian Elizabeth Fenn of the University of Colorado Boulder lays out her theory on what happened in her 2000 article in the Journal of American History. In the late spring of 1763, Delaware, Shawnee and Mingo warriors, inspired by Ottawa war leader Pontiac, laid siege to Fort Pitt, an outpost at the confluence of the Allegheny and Monongahela rivers in present-day downtown Pittsburgh.

The fort’s commander, Capt. Simeon Ecuyer, reported in a June 16 message to his superior, Philadelphia-based Col. Henry Bouquet, that the situation was dire, with local traders and colonists taking refuge inside the fort’s walls. Ecuyer wasn’t just afraid of his Native American adversaries. The fort’s hospital had patients with smallpox, and Ecuyer feared the disease might overwhelm the population inside the fort’s cramped confines.

Bouquet, in turn, passed along the news about the smallpox inside Fort Pitt to his own superior, Amherst, in a June 23 letter. In Amherst’s July 7 response, he cold-bloodedly saw an opportunity in the disease outbreak. “Could it not be contrived to Send the Small Pox among those Disaffected Tribes of Indians? We must, on this occasion, Use Every Stratagem in our power to Reduce them.”

“We must, on this occasion, Use Every Stratagem in our power to Reduce them.”

On July 13, Bouquet, who at that point was traveling across Pennsylvania with British reinforcements for Fort Pitt, responded to Amherst, promising that he would try to spread the disease to the Native Americans via contaminated blankets, “taking care however not to get the disease myself.” That tactic seemed to please Amherst, who wrote back in approval on July 16, urging him to spread smallpox “as well as try Every other method that can serve to Extirpate this Execreble [sic] Race.”

What Amherst and Bouquet didn’t know was that somebody at Fort Pitt had already thought of trying to infect the Native Americans with smallpox—and had attempted to do it.

William Trent, a trader, land speculator and militia captain, wrote in his diary that on June 23, two Delaware emissaries had visited the fort, and asked to hold talks the next day. At that meeting, after the Native American diplomats had tried unsuccessfully to persuade the British to abandon Fort Pitt, they asked for provisions and liquor for their return. The British complied, and also gave them gifts—two blankets and a handkerchief which had come from the smallpox ward. “I hope it will have the desired effect,” Trent wrote.

Though it’s not completely clear who perpetrated the biological warfare attack, documentary evidence points to Trent as the probable culprit. As detailed in Fenn’s 2000 article, the trader later submitted an invoice to the British military for purchasing two blankets and a silk handkerchief “to Replace in kind those which were taken from people in the Hospital to Convey the Smallpox to the Indians.” Ecuyer certified that the items were used to spread smallpox, which indicates that he may have been in on the attempt as well. British Gen. Thomas Gage, who succeeded Amherst that year as colonial commander, eventually approved the payment.

“That’s the one documented case that we have,” says Paul Kelton, a historian at Stony Brook University, and author of two books on the role of epidemics in the European takeover of the Americas. It’s not known whether Bouquet actually followed up on Amherst’s letter and made additional attempts on his own to spread smallpox to the Native Americans, he says.

It’s also not clear whether or not the attempt at biological warfare had the intended effect. According to Fenn’s article, the Native Americans around Fort Pitt were “struck hard” by smallpox in the spring and summer of 1763. “We can’t be sure,” Kelton says. Around that time, “we know that smallpox was circulating in the area, but they [Native Americans] could have come down with the disease by other means.”

Historian Philip Ranlet of Hunter College and author of a 2000 article on the smallpox blanket incident in Pennsylvania History: A Journal of Mid-Atlantic Studies, also casts doubt. “There is no evidence that the scheme worked,” Ranlet says. “The infection on the blankets was apparently old, so no one could catch smallpox from the blankets. Besides, the Indians just had smallpox—the smallpox that reached Fort Pitt had come from Indians—and anyone susceptible to smallpox had already had it.”

The most important indication that the scheme was a bust, Ranlet says, “is that Trent would have bragged in his journal if the scheme had worked. He is silent as to what happened.”

Even if it didn’t work, British officers’ willingness to contemplate using smallpox against the Indians was a sign of their callousness. “Even for that time period, it violated civilized notions of war,” says Kelton, who notes that disease “kills indiscriminately—it would kill women and children, not just warriors.”

But Kelton cautions against focusing too much on the smallpox blanket incident as a documented method of attack against Native Americans. He says the tactic, however callous and brutal, is only a small part of a larger story of brutality in the 1600s and 1700s. During this period British forces tried to drive out Native Americans by cutting down their corn and burning their homes, turning them into refugees. In Kelton’s view, that rendered them far more vulnerable to the ravages of disease than a pile of infected blankets.