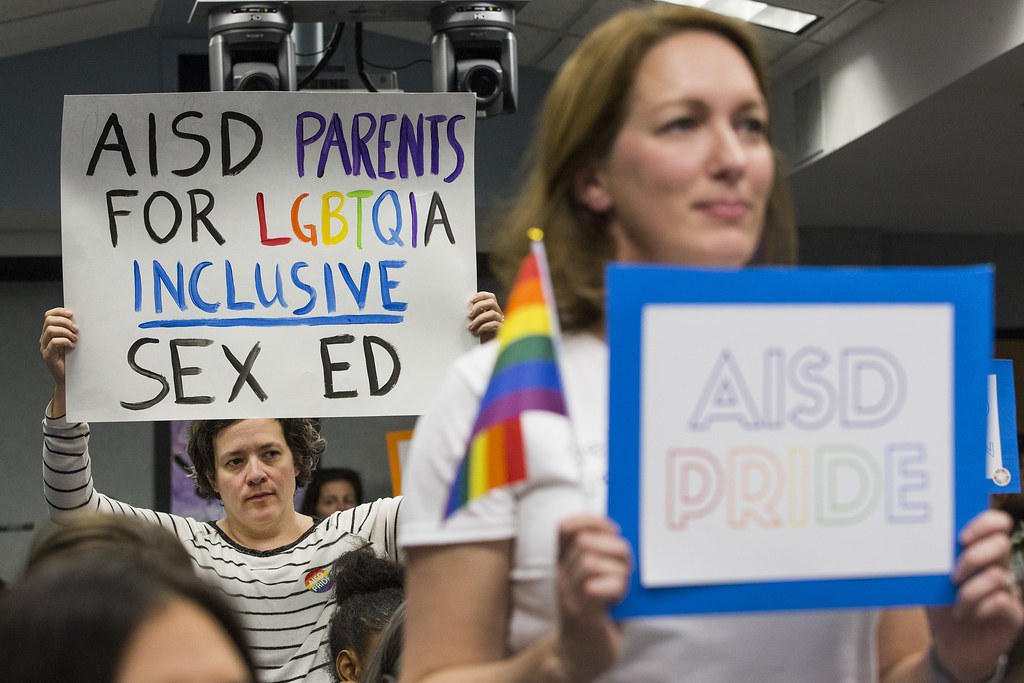 In a unanimous decision, the district’s board decided that the most “inclusive” path forward is to confuse children as young as eight into believing that male-female biology is “oppressive.”

Further, these youth will now be told that they can pick any gender they’d like, and also put their reproductive organs wherever it feels good to them, including with the use of sex toys if it feels right.

“Under the new curriculum, for the first time, the district will teach students about gender identity and sexual orientation,” is how local media outlets are framing it.

“The lessons will also help kids identify an adult they can trust; plus talk to them about options if they get pregnant, and seventh graders would learn how to use a condom.” Demonstrators from the pro-family group “Texas Values” showed up to protest the meeting where these changes were discussed, and ultimately passed. But they were repeatedly interrupted by supporters, including a transgender “woman” named “Naomi Wilson” who had to be arrested for disorderly conduct.

IPA also says it “counter[s] the efforts of any group which has a mission of removing anti-bullying and equality policies from AISD.”

In other words, not wanting to have your children exposed to “curriculum” that instructs them about how to put their private parts into other people’s rectums is a form of “bullying” and “inequality” that IPA seeks to stop.

“I think it’s really important that our sex-ed curriculum talks (sic) about the biology of our body parts, what’s coming down the line when we hit puberty, healthy communication, and outline what a healthy relationship looks like,” says Matt Shead, one of IPA’s executive team members.

“I want to know the administration, teachers, parents all have the same language that we are using to talk about these things to minimize confusion,” he added in a media statement.

Concerned Parents of Texas (CPT), however, vehemently disagrees. Carol Ayala, the group’s director, basically told the media what every other normal person out there is also thinking: that this whole pro-LGBTQP “education” agenda is just plain wrong.

CPT is a group launched in April 2017 that describes itself as a group of “parents, grandparents, educators, and community members who are against the radical sex-ed and LGBT agenda being introduced to children as young as four through ‘anti-bullying,’ ‘relationship education,’ and school sex-ed ‘curricula.’”

“Parents have the right to give our children the right message about sex,” the group also contends.

Many parents who don’t necessarily identify with either of these groups are also speaking out, including M.J. Alvarado who says that such material isn’t appropriate for children this young, adding that it pushes sexual behaviors on these kids that they can’t even comprehend as they’re just kids.

“It introduces and normalizes advanced sexual behaviors to children at a very young age and perhaps places ideas in their mind that might not have been there before and can potentially lead to some early and unhealthy sexual behaviors,” Alvarado is quoted as saying.