Prepare For Change
Home ARCONTES Department of Labor sources telling me we could be looking at 50-70... 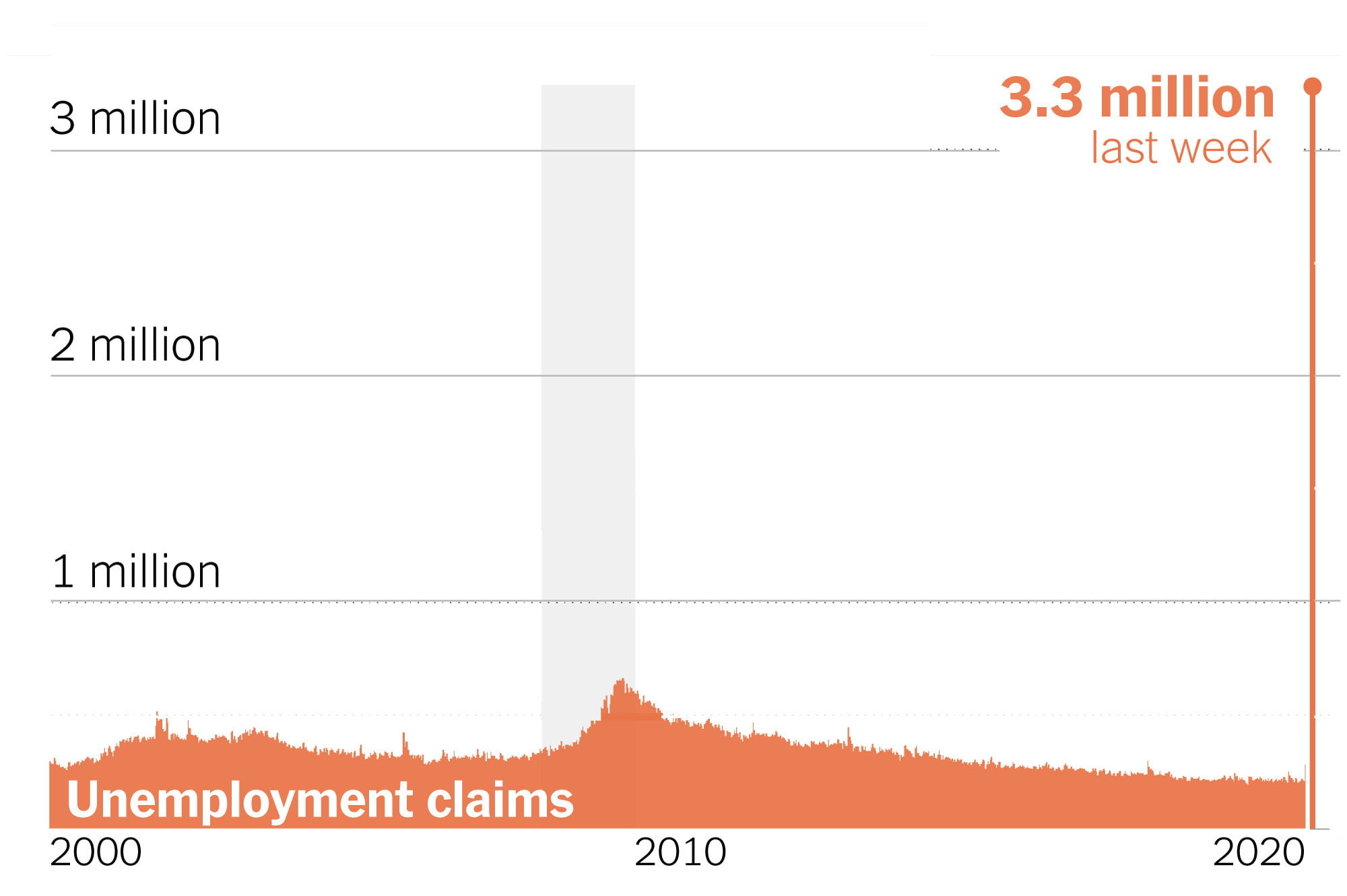 FED: Third of Americans will be unemployed…

The coronavirus economic freeze could cost 47 million jobs and send the unemployment rate past 32%, according to St. Louis Fed projections.

There are nearly 67 million Americans working in jobs that are at a high risk of layoffs, according to the analysis.
St. Louis Fed President James Bullard said last week that the initial estimates are grim but the plunge should be short-lived.
Millions of Americans already have lost their jobs due to the coronavirus crisis and the worst of the damage is yet to come, according to a Federal Reserve estimate.

Economists at the Fed’s St. Louis district project total employment reductions of 47 million, which would translate to a 32.1% unemployment rate, according to a recent analysis of how bad things could get.

The projections are even worse than St. Louis Fed President James Bullard’s much-publicized estimate of 30%. They reflect the high nature of at-risk jobs that ultimately could be lost to a government-induced economic freeze aimed at halting the coronavirus spread.

Americans Already Too Diseased to Go Back to Work Right Now…

CAN THE NEWS INDUSTRY SURVIVE?

ST. LOUIS (AP) — With millions of people suddenly out of work and rent due at the first of the month, some tenants are vowing to go on a rent strike until the coronavirus pandemic subsides.

New York, Boston, Los Angeles, San Francisco and St. Louis are among many cities that have temporarily banned evictions, but advocates for the strike are demanding that rent payments be waived, not delayed, for those in need during the crisis. The rent strike idea has taken root in parts of North America and as far away as London.

Fed seems to suggest this too https://t.co/ggpXug3UKv

At a press conference in China today, an MIIT minister warned the economy could get worse before it gets better – a subtle break from recent optimistic rhetoric about economic recovery.

It could take three years for the US economy to recover from #COVID-19 https://t.co/zTBG82NK19 #coronavirus pic.twitter.com/JVnLqCZGMa

Australia’s economy is poised for its deepest recession in 90 years, according to Bloomberg Economics https://t.co/UjLWGFW1ga