Prepare For Change
Home Awakening Fewer than half of working Americans will have a paycheck in May... 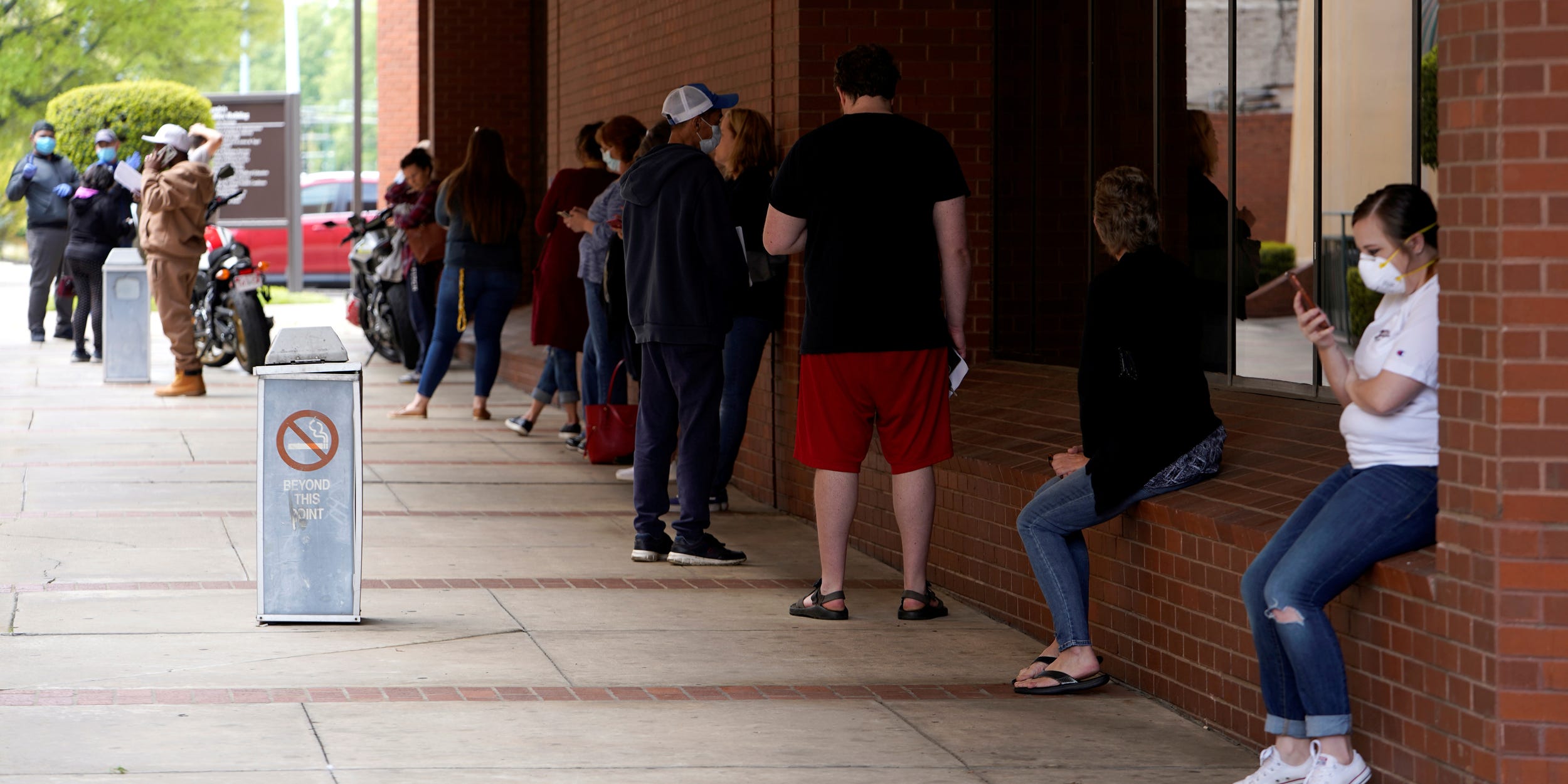 The millions of Americans who have lost their jobs in recent weeks due to the coronavirus pandemic will have a devastating effects on the economy going forward as workers are left without pay.

“Thankfully this is below the 24.9% peak experienced in 1933, but we have to remember that one third of Americans aged 18-65 are not classified as employed or unemployed – they are students, early retirement, homemakers, carers or sick,” Knightly wrote in a Thursday note.

“This leads us to yet another sobering statistic – that less than half of working age Americans will be earning a wage next month,” he said.

The estimate comes amid a huge spike in unemployment claims driven by the coronavirus pandemic. In the past five weeks, 26 million Americans have filed for unemployment insurance, a staggering record-breaking number that’s quickly dwarfed job losses seen in the Great Recession.

The effects of job losses to the broader economy could be devastating, as consumer spending makes up 70% of US gross domestic product, which is set to fall as much as 40% in the second quarter. There are already signs that consumers are spending less as the coronavirus pandemic continues and job losses increase — retail sales have slumped, consumer sentiment has plummeted, and home sales have also fallen in the past month.

Other economists agree that the fallout is severe. Including Thursday’s losses, one in seven American workers has applied for unemployment insurance in the past five weeks, according to Heidi Shierholz, senior economist at the Economic Policy Institute.

Even though economists expect that unemployment-insurance applications will continue to fall from the March peak, they still expect ongoing job losses will add up to millions of claims in the coming weeks.

Given estimates for how much US GDP could slump in the second quarter, EPI projects that the net decline in employment — which includes how many workers were hired and how many quit jobs — could reach 30 million by the end of June.

In an election year, widespread unemployment likely means that calls for politicians to reopen the economy will grow, irrespective of health advice, according to Knightley.

But reopening the economy too soon could lower the chances that a V-shaped recovery, or a swift rebound back to pre-coronavirus levels, is possible. Knightley will be watching what happens in states that are reopening parts of their economy as soon as this weekend.

“We would assume jobless claims will fall back sharply here, but if consumers remain reluctant to go shopping or visit a restaurant due to lingering Covid-19 fears, then employment is not going to rebound quickly,” Knightley said. “It would be another signal that a V-shaped recovery for the US economy is highly unlikely.”