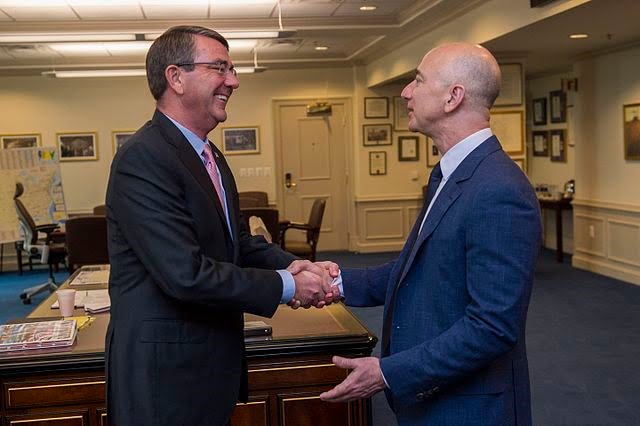 Big Tech giants like Amazon, Facebook and Google are seizing unprecedented power and consolidating profits during the coronavirus crisis while less politically connected small businesses deemed “unessential” are being forcibly shut down.

The Jeff Bezos-owned Washington Post on Monday detailed the disturbing power shift in as muted a way as possible in an article titled, “Tech giants are profiting — and getting more powerful — even as the global economy tanks.”

Tech titans spent much of the last year playing defense, fending off dozens of federal and state antitrust investigations and a public wary of their power.

But the global coronavirus pandemic is prompting a dramatic reversal of fortune for the tech giants. Amazon and Facebook are capitalizing on the fact that they are viewed as essential services for a public in lockdown, while Google and Apple are tracing the course of potential new covid-19 infections.

No doubt we’ll find out in the coming months or years after the pandemic is over that these surveillance tools are being used to spy on Americans.

The pace of the probes against these companies has slowed as regulators and lawyers are forced to work from home. Emboldened tech lobbyists are fighting to delay the enforcement of a new privacy law this summer in California, saying they can’t comply by the July deadline due to the upheaval.

And while the global economy faces potential unemployment and contraction not seen since the Great Depression, the tech giants — and a handful of medium-size tech firms — are already benefiting from new consumer habits initiated during the lockdowns that analysts believe will turn into longer-term shifts in how people shop, work and entertain themselves. The broader stock markets tanked in recent weeks, but share prices of Amazon and Microsoft hit at or near records. Facebook is moving to acquire high-skilled talent, announcing the hiring of 10,000 new workers this year.

The tech giants’ deep pockets will enable them to withstand the coming global economic recession, a stark contrast to what industry insiders and analysts expect to be the biggest shake up of the tech landscape in years. As many start-ups collapse, tech giants will expand on the power they’ve accumulated using the playbook of the last decade: snapping up talent, buying or copying rivals, and eroding traditional industries. Some of those weakened companies may disappear altogether and cede even more territory to tech.

[…] Meanwhile, over 250 start-ups have already shed more than 30,000 jobs since March 11, according to Layoff.fyi, which tracks Silicon Valley layoffs and furloughs. A recent survey of 400 investors and founders by the venture capital firm NFX found that more than half of start-ups said they had initiated a hiring freeze or had lowered their value in the hopes of attracting new investment. Start-ups that have raised hundreds of millions of dollars, such as the scooter company Bird, have laid off large portions of their workforce. The company made the tough decision to lay people off — over a minutes-long Zoom call — to keep the company afloat through 2021, according to a company memo reviewed by The Post.

[…] Big Tech’s ability to continue hiring and sustaining themselves through crises will not only give the companies an advantage in Silicon Valley, but in the economy at large. Many of the traditional industries expected to suffer — brick-and-mortar retail, food service, and media and entertainment — are the same industries that have been gradually gutted by technology since the last recession.

Macy’s, which competes with Amazon, said it was furloughing most of its 125,000 employees last month. Conde Nast Publications, which competes for ad dollars with Facebook and Google, is planning major layoffs.

While analysts expect hits in revenue to both Google and Facebook for the first time, smaller ad platforms, publishers and social media rivals will fare even worse, analysts say. Smaller digital advertising firms, long struggling against the giants, have begun to announce waves of layoffs.

[…] Analysts and investors expect that consumption patterns and habits will continue to change, potentially for the long term. That could also result in a new order among the start-ups that emerge or survive the crisis, said Roelof Botha, a partner at the Silicon Valley venture capital firm Sequoia Capital. He said he was already beginning to look for a new class of winners, automating everything from mortgages to garbage picking to data infrastructure needed to support remote work.

“This is a shock to the system, and sometimes out of that shock emerges a new order,” Botha said. “Like the killing off of the dinosaurs, this reorders who gets to survive in the new era. It is the shock that accelerates the future that Silicon Valley has been building.”

The future Silicon Valley has been building is an Orwellian dystopia where you can lose your bank account and ability to buy and sell for having the wrong political beliefs.

Baptist pastor says @bankofamerica shut down all of his church's bank accounts without notice.

It shouldn’t come as a surprise that the Post left out of their report the fact that Big Tech has been ramping up their Orwellian censorship to a ten.

“Anything that goes against W.H.O will be removed from YouTube”

Just last week, dozens of media outlets picked up a report from the self-described “intelligence” company Graphika which whined about so-called “right-wing media disinformation” related to the coronavirus, pushed for more censorship and praised Twitter for banning Zero Hedge.

The COVID-19 "Infodemic" Report: A Preliminary Analysis of the Online Conversation Surrounding the #Coronavirus Pandemic from December to March. https://t.co/IXGIVzaZUO pic.twitter.com/WNZfUgAuhy

Their report complained about right-wing media dominating coverage of the coronavirus in early January and February (before eventually being drowned out by legacy media outlets) but failed to point out how the legacy media ignored the story or insisted it was “just the flu” and complained the real threat from the virus was a potential epidemic of “xenophobia” and “anti-Chinese racism. 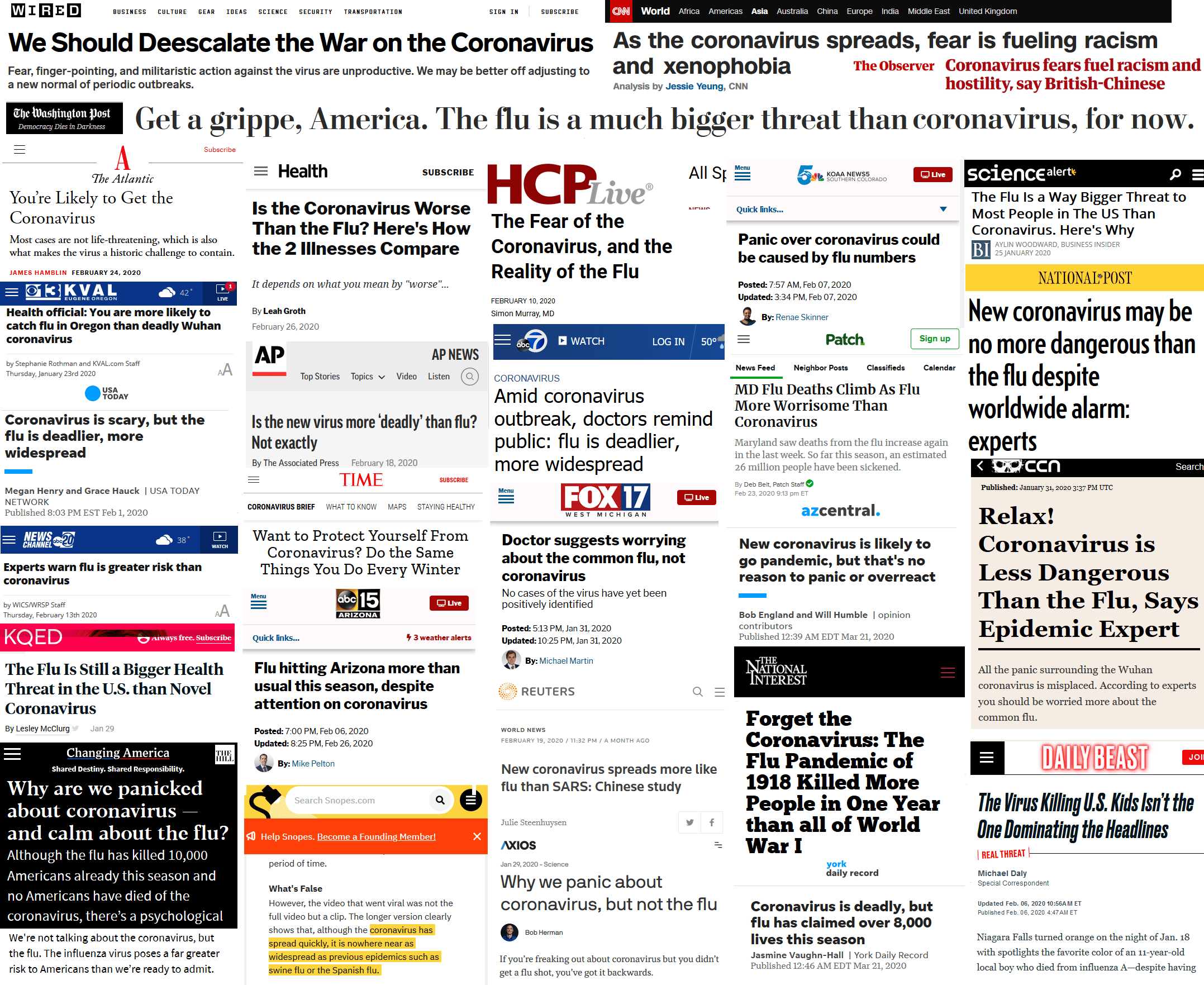 Graphika has been working with shills like the Atlantic Council’s Ben Nimmo and pushing a neocon agenda supporting regime change efforts in Russia, China and Iran while releasing papers manufacturing the case for mass censorship here in America.

NSA whistleblower Edward Snowden told the Intercept’s Glenn Greenwald recently this crisis has been exploited the same as 9/11 with the media inducing a panic to justify our civil liberties being stripped away.

“That moment of intense, instantly transmissible fear is what happened to us in 9/11,” Snowden said. “It’s what happens to us in the lead up to every war. It’s what happens to us, whenever the government is trying to start a campaign to gather new authorities, they say, you know, we’re gonna protect you from roving gangs, we’re going to protect the children, we’re gonna do whatever we can. And that moment, that window of vulnerability, where rationality goes out of the window, goes out of the room, we are all susceptible to it. And that is what we are seeing now.”

Combine this with the $6 trillion coronavirus bailout rammed through congress that Rep. Thomas Massie predicted would be the “largest wealth transfer from taxpayers to the super rich [in history]” and you have a recipe for unprecedented wealth concentration at a time of mass unemployment. 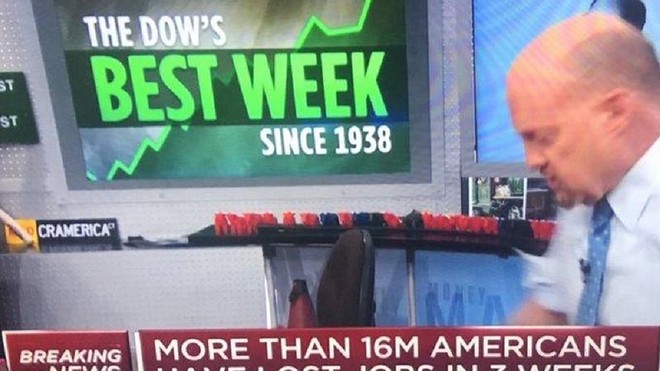 We’re entering what may be the greatest revolutionary moment in a century and millions of Americans are sitting at home for the first time in their lives with nothing to distract them and studying how Americans have been railroaded and robbed of their futures by our criminal ruling class. 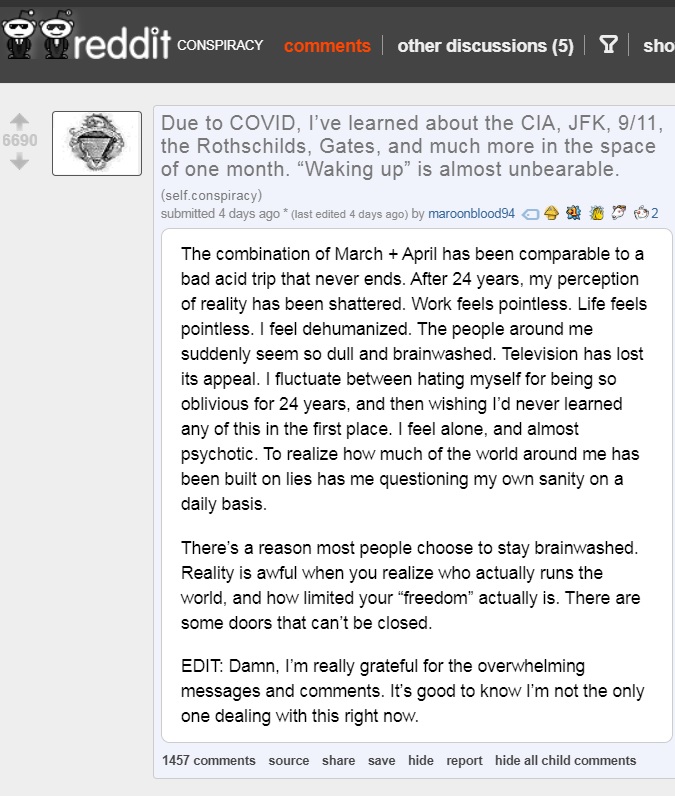