Prepare For Change
Home Awakening Week 7 of the Collapse of the U.S. Labor Market 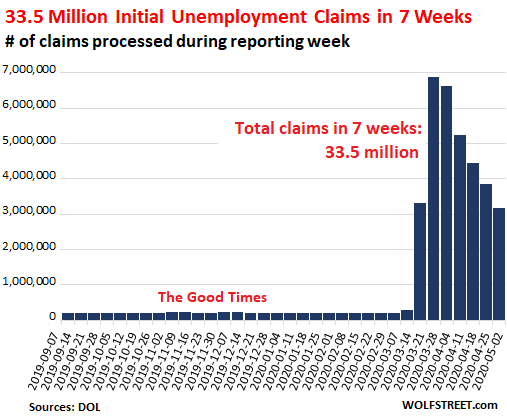 Someone who filed an “initial claim” for Unemployment Insurance (UI) and a week later still doesn’t have a job is added to “insured unemployment” – also called “continued claims.” This lags by one week. 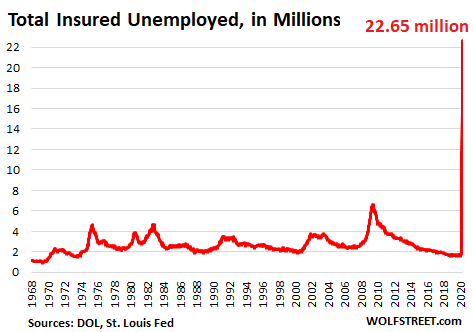 The 25 states with the most initial claims, week ended May 2.

California is back in first place, replacing Florida, which had moved into first place last week as it was finally catching up processing claims. During the initial burst in March, California had reported over 1 million claims in a single week. This has been dropping since then. The state unemployment office (EDD) has started to process applications by previously excluded gig workers, and those claims are starting to be included:

Nobody knew what would trigger the next financial crisis, but just about everyone knew it would involve the record pile of corporate debt. And so it happened. Now the Fed fixed it.