Prepare For Change
Home Disclosure Why Do They Keep Warning About a “Second Wave” of Covid-19? 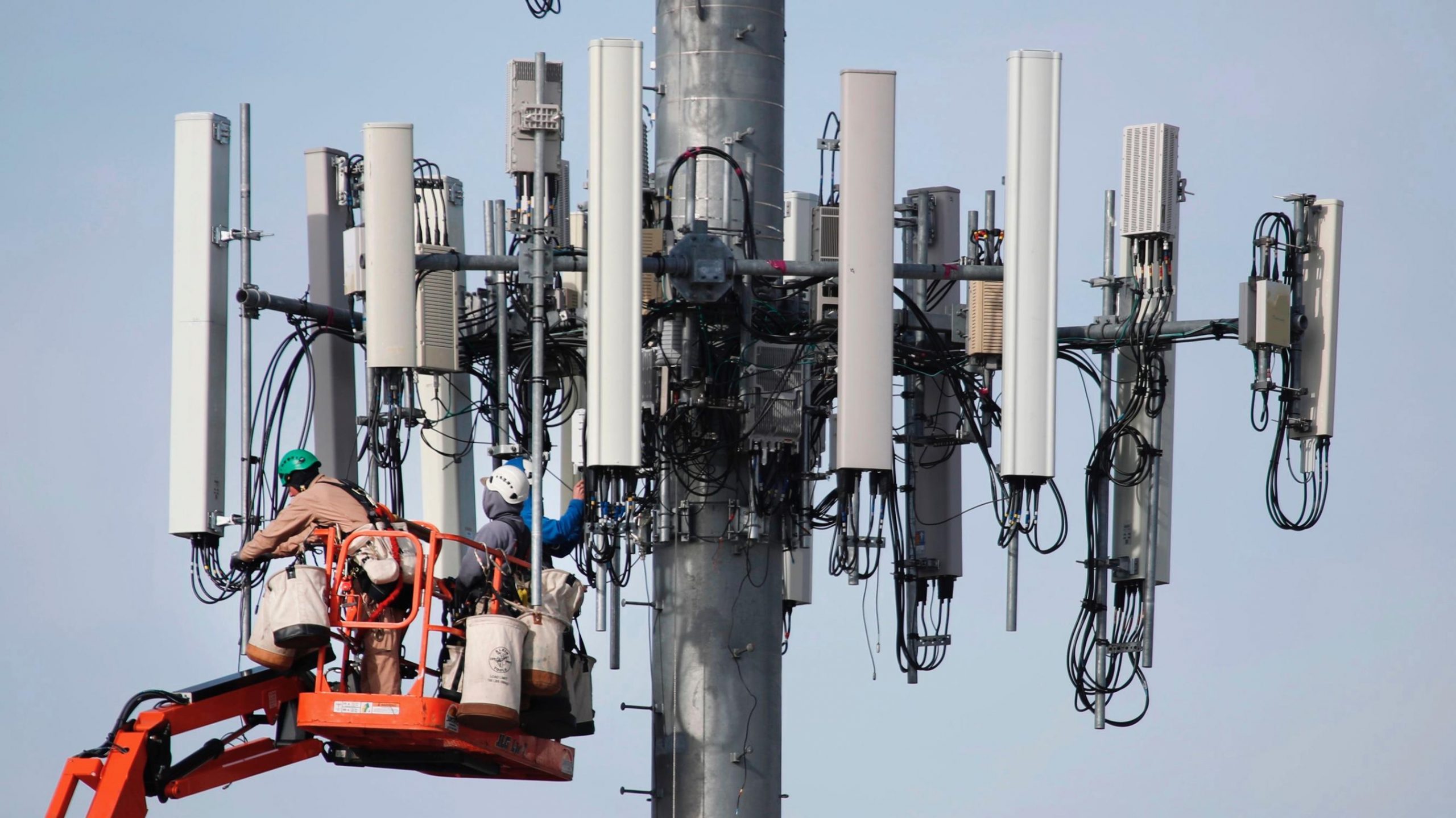 Is it just me, or do things feel a bit eerie right now? It’s now been over six weeks since the Covid-19 agenda launched into full force, and it’s beginning to feel like we’re stuck in first gear.

The agenda began with a flurry of activity and fear-mongering. Within a few hours on that fateful early-March day, everything around us began to collapse.

Major sporting events were canceled right before, or right after, they began. Festivals that were planned for mid- to late-summer began announcing that they wouldn’t move forward.

Workplaces began to shut down with little-to-no warning.

The news, in a seemingly pre-scripted way, began announcing a state of panic in America and throughout the world.

No doubt, countless millions of people thought that death was at their doorstep

Immediately, the idea of social distancing, flattening the curve, constant handwashing and “a new normal” was propagandized on the public in a very elementary school way.

The “good citizens” of the world gobbled up these instructions then, with a strange reaction, started to buy every roll of toilet paper in sight.

Doesn’t all of this feel like a distant memory at this point?

Now, here we all sit; waiting to see what happens next.

While the media and national experts continue to report on the inflated Covid-19 death numbers, our food supply chains begin to break down, countless people walk around with ridiculous masks, and the entertainment world tries to normalize our new life in isolation, we can’t help but feel like none of this made any sense from the very beginning.

The vast majority of us still don’t know anyone who’s gotten sick (let alone died) because of a coronavirus infection.

Yet, all we seem to hear about in the news these days is that a “second wave” of the outbreak is coming; even though, if you never paid attention to the media, you wouldn’t know that a first wave happened.

What is the agenda behind the second wave propaganda and what is it going to look like?

The second wave is already baked into the cake

Before any of this began, the powers-that-be were already planning on planting the fear of a second wave of outbreaks. If you think back, even to early March, the “experts” were already beating that drum.

It’s important to pay attention to the details of Event 201, the exercise in October of 2019 that planned out every detail of this plandemic. In it, you’ll notice how many times a second wave was discussed, and how it will be used to quell public protest and dissent.

The plandemic planners knew from the beginning that people would begin to grow tired of being stuck at home with their freedoms stripped and few options of living a normal life remaining. They also knew of the public skepticism that would ensue after a few weeks of lockdowns; when the real world began showing people that there really isn’t a pandemic killing their friends and loved ones.

To continue controlling the people and prepare us for a mandatory experimental vaccine, they surmised, they must continue to instill fear of the unknown.

The virus is unpredictable, they say. It could mutate into almost anything.

Even cats can get coronavirus, they now tell us.

Make no mistake; the powers behind the greatest deception in the history of the world want this to be a political issue. They want citizens fighting among each other while they carry out their agenda for a totalitarian New World Order, where privacy and personal freedoms are a thing of the past.

The state of Georgia, which recently eased lockdown restrictions, will be at the forefront of controversy when a “second wave” of infections gets announced.

How dare they ease restrictions so early?

The media will also point the finger at freedom-loving Texas and any other states that “open too early.”

But the majority of the blame for a perceived second wave will be placed squarely on protestors and people questioning the narrative or severity of the pandemic.

We see it happening already when we turn on the news. How can these crazy people go in public without permission, let alone without masks, demanding their freedoms be given back?

This is an obvious ploy to demonize truth-seekers and cause the brainwashed masses to target hate toward people who are trying to demonstrate the ridiculousness of what’s being done.

Immune systems are underworked due to lockdowns

Part of what will be painted as the second wave of coronavirus will be the fact that people will, indeed, get sick. After all, most of us have been cooped up in our homes for weeks on end already.

Our immune systems aren’t getting the workout they need in order to fight off the external contagions that normal life presents us with.

When any sickness can be blamed on coronavirus, the vast majority of people with coronavirus showing no symptoms, and no accurate testing in existence to conclusively show who does or doesn’t have the virus, it sets the table for any random symptoms to be pinned on Covid-19.

After a limited “release” of people back into some semblance of a public life, the brainwashed masses will panic the moment they feel any symptoms of common illnesses. They’ll run and get tested, and the rigged false positives will “prove” that society isn’t yet safe for human consumption.

This will allow the population control agenda to continue, while the clamoring for a vaccine that will allow life to get back to “normal” will go to new levels.

Remember, a biometric experimental vaccine for the entire population, that links us all to the new 5G surveillance network, is the end game of this entire agenda.

This is the scariest scenario of the second wave alarm bells; because it’s a very real and possible scenario.

The dangers of 60mm microwave radiation from 5G are real. It’s already been shown that 5G 60mm waves directly impact oxygen molecules, thus making it difficult, if not impossible, for oxygen to bond with the hemoglobin in our blood.

If we can’t get oxygen into our blood, we’ll suffocate and die. If this begins to happen in mass after 5G begins to go live throughout the country, all fingers will point to coronavirus as the cause.

But it will be a lie.

Radiation in the air has been a part of our lives since the 1918 Spanish flu. In fact, the Spanish flu outbreak began when the first AM radio waves were introduced into the environment.

Was that a coincidence? Probably not.

If you study the details of the Spanish flu, you’ll learn that the outbreaks began in 1918, with additional waves and outbreaks continuing through 1920. This was the exact timeframe that AM radio towers were being built and engaged in order to blanket the entire country with AM radio radiation.

At the time, people had never been subjected to over-the-air radiation going through their bodies every moment of the day. Although this type of radiation was (and is) far less potent than what 5G will present, people’s systems at the time couldn’t fight off the new contagion.

Because of this, many died.

Today, it’s interesting that the vast majority of reported Covid-19 deaths have happened in places such as New York City, where 5G has already gone live. It’s also no coincidence that the people dying haven’t been able to get the oxygen they require to stay alive.

Be very aware of this threat when the media talks about the coming second wave of Covid-19 outbreaks.

It could very well be planned. They already know what’s coming with the dangers of 5G.

How long will the “waves” continue?

Simply stated, expect the waves to last until there’s a vaccine available and everybody in the world takes it. That is the end game of this agenda, and they aren’t hiding it.

What we’re experiencing right now is what’s known as Pavlovian psychological conditioning, to prepare us to accept the vaccine as the cure to what ails the world.

A second wave of “outbreaks” establishes a pattern in our conditioning, while a third wave will confirm it in the minds of the masses.

By the time we get to that point, most people will have already accepted this new reality as “the new normal.”

Many people are already feeling nervous about going back to life as we knew it. Even those of us who know that the entire pandemic is an orchestrated lie might feel uneasy about going back into a world under the current state of conditions it’s in.

But remember, a pandemic is not a reason to take away fundamental, God-given human rights. This principle must be rejected on all fronts, no matter how long the powers-that-be drag this charade out.

Resist on all fronts

Keep in mind that anything you do to resist will be used against you. But do it anyway.

Our future and the future of our children depends on it.

The narrative moving forward will be that anybody who’s against the mainstream belief system about the pandemic are hardcore, right-wing, gun-toting extremists.

Pay no attention to this.

Have one-on-one conversations with people whenever possible, far away from any technology. Get away from anything that can be monitored; because you are being monitored.

Face-to-face conversations are the most important ones you can have. That’s exactly why they’re being limited and made almost impossible in many areas.

It’s time to leave the left/right debate and arguments in the past. Swallow the politicization of the situation.

Speak truth from love and do what you can to wake up as many people as possible to the reality of what’s happening.

Do not allow this to become the new normal.