The long-term plan concocted by the Satanic Zionists to kill billions is blowing up in their faces following the failure of their riots and fake pandemic.  Now, the world’s military and intelligence forces are actively hunting them down, according to multiple sources, including official government statements.

“The violence instigated and carried out by Antifa and other similar groups in connection with the rioting is domestic terrorism and will be treated accordingly,” says U.S. Attorney General William Barr. https://www.justice.gov/opa/pr/attorney-general-william-p-barrs-statement-riots-and-domestic-terrorism

“That includes using the unlimited power of our Military and many arrests,” U.S. President Donald Trump tweeted.

Forensic investigations show the riots in Hong Kong, as well as the riots in the U.S., are financed by the same Satanists who are desperately trying to start a World War III between the U.S. and China.  Taiwan based gangsters have subcontracted the work from the Zionists and financed these riots via a synagogue of Satan in Vancouver, Canada, and heroin dealing gangsters in Hong Kong, according to Asian secret society sources.

Sensing defeat, high-level insiders in the Cabal (Ka (spirit) ballah (of the god Ba’al)=Set=Satan), are now bailing out as can be seen from the following missive sent to us by a dissident member of the Rockefeller family:

“A shocking meeting was organized by Bill Gates and David Rockefeller at the New York home of the president of the Rockefeller University in 2009.   Other guests of this meeting of billionaires were:  Warren Buffet, George Soros, Ted Turner, and Oprah Winfrey.   None of them expressed opposition to the stated purposes of this meeting, which were:  to perform massive abortions in the third world, and massive eugenics methods (electronic warfare, chemical warfare, and biological warfare) in the first world, in order to reduce the world population from 7 billion to 1 billion, in an effort whose consequences would far exceed the lifetimes of the participants, and meant to be their “legacy” to the world.   Whoever may have to die in the process was (and is) not their concern.”

In any case, just as arsonists sometimes accidentally set themselves on fire, this time the riots being instigated are backfiring on the cabal.  Pentagon sources note that:

What these rioters need to understand is that the synagogues of Satan do not represent Jews but rather use the Jews as a distraction; much like the matador’s cape in a bullfight.  Remember the Jews have been the main victims of the Satanic Zionist plot that is now blowing up.

With that in mind, we note the Pentagon sources report the Israeli colony of brainwashed Europeans is in severe trouble as:

“The EU is poised to impose anti-Israel sanctions as [German Chancellor Angela] Merkel led a boycott of the G7 summit and Zionist traitors Hungary and Austria may have been jawboned to put Europe first to Make Europe Great Again (MEGA).

“Trump may lead from behind as EU sanctions may lead to sanctions from G20 and even UN sanctions.  Like the grounding of the 737 max, Trump only did it after EU so…the days of Israel being above the law are over.”

Remember the puppet communist governments of Eastern Europe fell shortly after people realized the USSR was not going to back them up.  For this reason, without U.S. backing, Israel will have no choice but to stop its genocidal, superstitious, messianic behavior.

extremely delicate stuff.  It comes at a time in the history of civilization when the axis between the east and the west is at its most fractured state, and our analysis suggests a further continued deterioration would result in thermo-nuclear warfare.  It is, for this reason, why we are so committed to the efforts of the White Hats and the Golden Dragon family.  We will match their offer [of unlimited funding] with our [quantum financial system] technology.”

MI6 is referring to high-level contact going on between the Golden Dragon Family, the European bloodlines and the Gnostic Illuminati to arrange for the release of virtually unlimited funding for the planet.  “We are finding the intelligence sharing and secret diplomatic co-operation very encouraging.  This is history changing stuff as you know,” the MI6 sources say.

A senior MI6 source also provided some information about what is going on with the Queen:

“There is a fake news story afloat and some proponents have even surfaced on your own dispatch site…that stoke the fires of suspicion and mistrust.  There was an incident of vandalism at the front gates of Buckingham Palace.  One of the coats of arms (seal) was damaged and removed for restoration.  End of story.

The Queen remains at Windsor Castle with her consort the Duke of Edinburgh.  The location allows them both peace and quiet and space whilst also maintaining distance while the sickness remains at large in the absence of an agreed treatment.

The Queen wore civilian clothes at the most recent State Opening of Parliament because it was both economical and convenient –the event coincides with other events in Her Majesty’s diary.  End of Story

There is no truth nor basis in any gossip flying around.  The Queen is the Queen and that is that.  I remain in daily contact with both her and Sir Alex Younger and as you know we work very hard in extremely dangerous circumstances for the benefit of many billions of people.  I personally don’t even get paid for my part.  I hope this clarifies matters.”

The following pictures were sent as proof:

“This is the gate being repaired.  The fake news story has photo-shopped this adding the fake seal of a commoner and a pretender etc.” 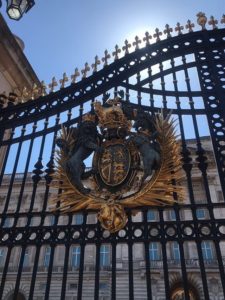 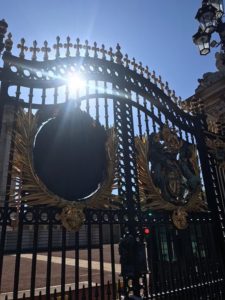 Also, as far as Hong Kong is concerned MI6 says:

“We will leave China to cull the chaos in Hong Kong and simply remind them the One Country Two Systems legacy we have agreed between us is bound over in international law.  We are not going to be drawn into an argument created by others elsewhere.”

Ok now let’s get back to the riots in the U.S.  What is most interesting about them is how the crisis actors like George Floyd are being uncovered in real-time.  Since this has been extensively covered by other sites, we will just post photos, one from Jim Stone Freelance and the other from We Are Change. 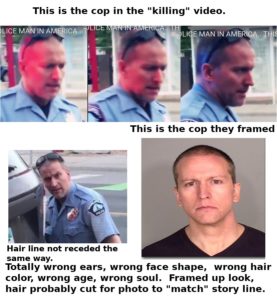 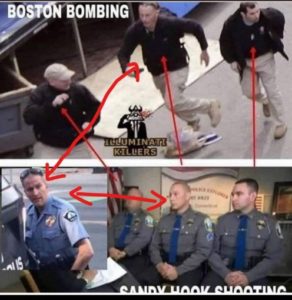 Also here we have a video of a Zionist agent caught in the act of financing the riots https://www.bitchute.com/video/PiBS52P7Rds0/

What the military and intelligence agencies need to remember in confronting these criminals is that they work according to long-range plans, some literally dating back centuries.  For that reason, an unpredictable, here-now, sustained offensive is essential to defeating them once and for all.  The answer, as always, is to follow the money.  This means raiding the foundations that own the Fortune 500 corporations and arresting the owners of these foundations.  This, of course, includes the Soros people, the Rothschilds, and the other usual suspects.

Here in Japan, we called the Japanese cabinet office and the Tokyo government to ask if they had actually confirmed the COVID 19 virus even exists.  What the forensic investigations that followed revealed was that all “positive COVID 19” test results came from scam testing facilities financed by the Hedge Fund KKR.  Message to KKR: you have 48 hours to get your people out of Japan before they are hunted down and killed. https://www.kkr.com/businesses/private-equity

The Japanese government has concluded that COVID-19 does not exist.  If you still find this hard to believe look at the chart below showing a steep drop off of pneumonia deaths in 2020.  Statistics show the drop in pneumonia deaths is roughly equal to the so-called COVID-19 death rate.  That is why Japan canceled its scamdemic response as of June 1st.  The rest of the world should follow. 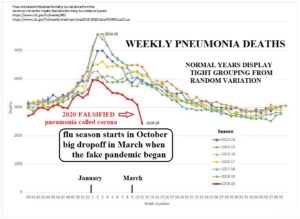 However, the Japanese have concluded that electromagnetic attacks using 5G low-level microwave beams did cause a lot of damage, especially in Wuhan, China.  Imagine something much weaker than the defrost setting in your microwave but taking place 24 hours a day and you get the picture.  That is why Japan’s government is asking all independent administrative corporations and government-designated corporations to consider security risks when purchasing telecommunication equipment.  Again, other countries please take note.

Overall, the plot being uncovered dates back to at least 1975 and involves using a pandemic to reduce the population.  It was also to be an excuse to force the vaccination of the survivors with microchips that were to be connected to a digital wallet and 5G mind control.  This was the system of total slavery the Cabal was trying to impose.  It sounds crazy but fact-checking will confirm this to be true.  You can start your confirmation with these links and then look at Jared Kushner and his 666 Fifth Avenue “Lucent technologies” human micro-chipping project. https://www.msn.com/en-us/news/us/in-a-pandemic-no-one-wants-to-touch-it-why-cash-has-become-the-new-typhoid-mary/ar-BB14JKPr

On a final note this week, we note that SpaceX had an explosive failure last week as well as a successful launch of Astronauts to the international space station. https://twitter.com/bubbaprog/status/1266451354861686784

We have been told by esoteric sources that humans are allowed into low space orbit but are not allowed off-planet.  They will only be allowed off-planet when the crisis on the planetary surface is resolved.  This means ending poverty, stopping environmental destruction, and attaining world peace.  This is something humanity could accomplish within months with the proper willpower.  That’s why the negotiations between the Golden Dragon family and the Western powers are so important.

As usual, there is a lot happening that we cannot report for security reasons but, rest assured, the good guys are winning.