Prepare For Change
Home Awakening Ten things you don’t know about the “Bitcoin casino” that could cause... 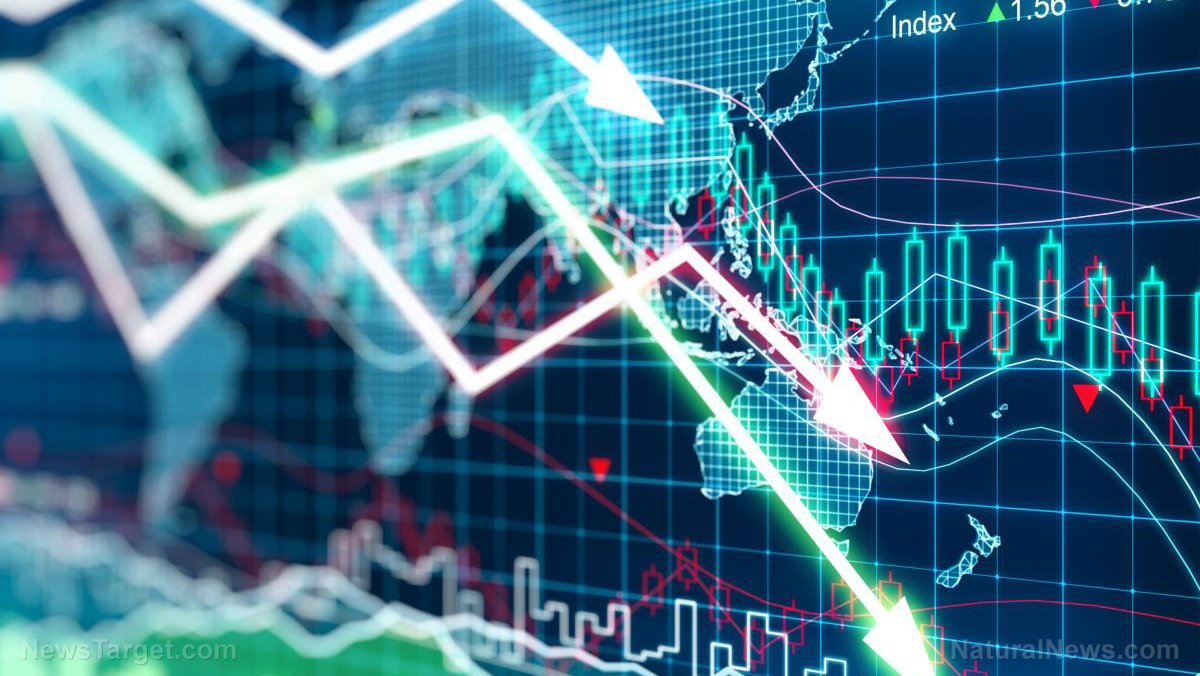 As there are so many noobs buying into the “Bitcoin casino” right now, especially in Asia, the crypto-currency is now attracting a lot of people who think it’s just like a corporate stock. In other words, they assume it’s regulated by somebody, that its promoters are subject to laws of some kind, and that the “Bitcoin company” must have all kinds of assets, earnings and profits. Otherwise, why would its value keep rising, right?

These assumptions are, of course, completely false. Bitcoin is an entirely different beast… which is what some of us really liked about the Bitcoin structure in the first place (decentralized, peer-to-peer, NOT regulated, etc.) But when people are jumping into Bitcoin without an understanding of what it is, they are placing “bets” in a very risky casino system that they don’t really understand. This is where the danger lies for noobs.

Thus, in the interest of public education, I’m listing ten simple things that most people don’t know about the “Bitcoin casino.”

#1) Bitcoin isn’t a company. It has no corporate entity.

You can’t sue “Bitcoin, Inc.” if the promises you were made about Bitcoin price valuations don’t pan out. There is no Bitcoin, Inc.

#2) Bitcoin doesn’t have any earnings, revenues, profits or P/E ratios

Stock prices of companies like Apple and Amazon, although inflated, at least have some basis in reality: These companies make products, own fulfillment centers, have hard assets, earn real profits, etc. Bitcoin has none of these things: No earnings, no hard assets, no earnings reports, nothing. In fact, Bitcoin has dozens of competitors (other crypto-currencies), and some of them are technically quite superior to Bitcoin. There’s nothing unique about Bitcoin, in other words, that would grant it a long-term monopoly over crypt-currencies.

Although a few lame attempts have been made to criminalize Bitcoin in certain jurisdictions, the crypto-currency really isn’t subject to any meaningful regulations. This is both good and bad. On the good side, governments can’t mess with it. On the bad side, unscrupulous promoters can’t be stopped because there are virtually no regulations that govern their claims.

#4) If the internet goes down, Bitcoin ceases to exist

In the Bitcoin vs. Gold argument, remember that gold still exists when the power grid goes down, the internet comes to grinding halt, or a global nuclear war unfolds. Bitcoin, unfortunately, vanishes if the ‘net goes down. Hence the entire reasoning behind why Bitcoin is not a legitimate “store of value.” (Neither is the dollar, for that matter.)

More than 99.9% of all merchants do NOT accept Bitcoin as a form of payment. This is largely due to the extreme volatility of Bitcoin price fluctuations, which can see a 50% fall in just 24 hours. Roughly 100,000 merchants do accept Bitcoin at the moment, and that number could grow, but merchants don’t want to take the volatility risk that comes with holding Bitcoin, so until Bitcoin matures and settles into a more reliable pattern of valuations, merchants are likely to shun it for all the obvious reasons.

Remember when Bitcoin was promoted as a way to send money anywhere in the world almost instantly, for virtually no cost? Now, the average Bitcoin transaction fee is running over $23, and many confirmations are taking DAYS to complete. This is only going to worsen as transactional volume increases.

#7) Because Bitcoin isn’t regulated by the SEC, Bitcoin promoters can claim any forward-looking estimates for future value

Have you noticed Bitcoin promoters now claiming Bitcoin could rise to millions of dollars per Bitcoin? If they were promoting corporate stocks, they would be in jail for “securities fraud.” But because Bitcoin isn’t subject to any SEC regulations (both a good and bad thing, depending on the context), Bitcoin promoters can make any claims they want, without being subject to any regulations at all. Many of the claims are outlandish, pie-in-the-sky bunk.

When Bitcoin crashes and you realize you were lied to about the $1 million valuation estimate being pushed by dishonest Bitcoin promoters, you can’t sue anyone because there is no Bitcoin, Inc. The entire Bitcoin system is effectively unregulated. There’s not even any jurisdiction under which Bitcoin can be sued, since it exists as a computational hologram on the global ‘net.

Nearly all the people who are rabidly promoting Bitcoin have a conflict of interest: They own Bitcoins. And they realize the value of their Bitcoins will only rise if they find more people to buy into Bitcoin. Thus, their promotion of Bitcoin is largely rooted in self-interest rather than rational analysis. That’s why some of the unscrupulous sales tactics now being witnessed would put a used car salesman to shame.

Most of the new buyers into Bitcoin have never sold Bitcoin. They’ve only bought it. So they assume that Bitcoin is easy to sell, sort of like selling stocks into the stock market. Yet Bitcoin isn’t a stock market at all, and selling Bitcoin can be extremely difficult compared to buying Bitcoin, especially in a market downfall. In a panic, Bitcoin sellers will find themselves trapped in Bitcoin, practically unable to sell on any sort of timely basis, even as the value plummets by the minute.

Conclusion: If you’re going to play in the Bitcoin casino, know the risks

At this point, Bitcoin is a casino. It didn’t start that way, but thanks to unscrupulous promoters, it has become a kind of Ponzi scheme where a never-ending supply of new buyers is required to keep propping up the price… mostly by convincing technically-ignorant noobs that Bitcoin is a magical source of endless wealth creation that has somehow been brought to Earth from an alternate universe.

The madness of crowds, of course, can continue for quite some time. Bitcoin may yet rise substantially, but its eventual demise is a mathematical certainty. If you’re going to play in the Bitcoin casino, you need to know what risks you’re taking on. Technically, that risk include the risk of a total loss.

The more I write about Bitcoin, by the way, the more I am getting attacked by Bitcoin hucksters who are trying to keep the “pump and dump” scheme going a little longer so they can sell their overvalued Bitcoins to clueless noobs. They will earn millions of dollars if Bitcoin keeps rising. I earn nothing if Bitcoin falls. My only incentive is to warn my readers to not get hurt by all this. I’m not posting articles to other websites or trying to interrupt the Bitcoin community for some bizarre reason. I’ve always been pro-crypto-currency and will remain so. Central banks are a fraud. But that doesn’t mean Bitcoin isn’t a risky casino at this point, either. (Bubbles, bubbles, everywhere!)

Just make sure you’re not one of those noobs who gets hurt by Bitcoin. I’m also launching BitRAPED.com soon to document the eventual collapse of Bitcoin. It should be live in a week or so. I can’t tell you when the crash is coming. It might be 5 hours, 5 weeks or 5 years. It all depends on the psychology at this point, and psychology is fickle. As long as more people can be recruited into the Bitcoin Ponzi scheme, it can keep rising for quite some time. Perhaps we should rename it Bernie Madoff Coin!