Prepare For Change
Home ARCONTES FOSSIL GAS: PART OF THE PROBLEM AND NEVER THE ANSWER 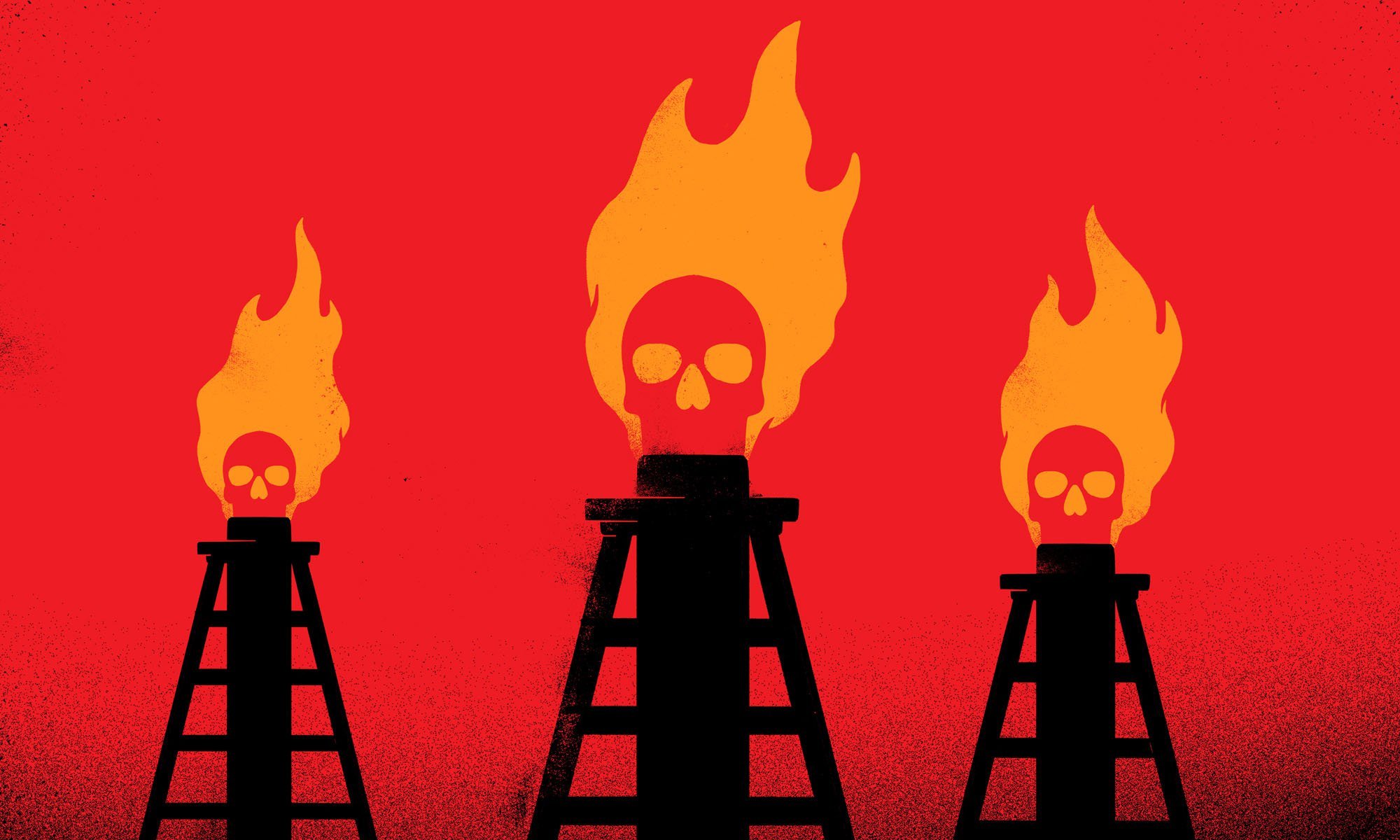 Gas is a fossil fuel. And its use is growing at a rate faster than any other on the planet. Since 2016 fossil gas has been responsible for more than half of the increase in global greenhouse gas emissions. In the European Union carbon dioxide emissions from fossil gas are now projected to have exceeded those from coal.

Just like coal and oil, fossil gas is worsening the climate crisis. But with the world having woken up to the dangers posed by other fossil fuels, the industry is looking increasingly to gas to continue to reap huge profits – but this would come at the expense of both people and planet. We cannot let that happen. If gas continues to be produced at the current rate, even the complete phasing out of coal and oil wouldn’t be enough to avoid the worst impacts of climate breakdown.

Our 2019 report “Overexposed” revealed just how serious this problem is. It found that all production from new oil and gas fields – beyond those already in production or development – is incompatible with the Paris Agreement goal of keeping warming under 1.5°C. A goal climate scientists have warned must be achieved to curb the threat of climate change. Achieving this target requires gas production and consumption to drop by 40 percent worldwide over the next decade.

What’s more the fossil gas industry leaks methane into the atmosphere at almost every step in the supply chain. Methane is a greenhouse gas that is, in the short term, 86 times more potent than carbon dioxide and has also driven more than a quarter of global warming to date.

THE MYTH OF DECARBONISATION

Decarbonisation is a term you will increasingly hear from gas companies in response to their critics. They argue that existing gas infrastructure can be converted to transport “renewable or low carbon gases” – a term that covers a whole range of technologies such as making hydrogen out of fossil gas, or gas from crops or agricultural wastes. .

But there’s just one problem – many of these ideas are unproven, eye-wateringly expensive and may only be able to provide a tiny amount of the energy that fossil gas currently does. The industry is justifying its actions now using distant promises that may never come true.

The biggest risk of this promise of ‘decarbonised gas’ is that it justifies more and more investment in fossil gas infrastructure like import terminals and pipelines. This then risks locking economies into reliance on fossil gas, with the promised future shift to ‘renewable gas’ never being realised. The damage caused by gas emissions until that hypothetical future moment would be irreparable.

Many of the same old faces in the energy industry, like BP and Shell, are at the forefront of driving gas forward as a “clean alternative”. In 2019 Global Witness successfully forced one major energy company to backtrack on their claims that gas is low carbon.

And often these companies are using heavy influence to maintain their presence in the energy sector. Our latest report Pipe Down reveals how a group of gas companies are influencing the distribution of EU public money for their own climate-wrecking projects. Although the EU recently committed to net zero emissions, this legally enshrined influence by gas companies, combined with its role as the world’s biggest gas importer, seriously undermines the EU’s green credentials.

Meanwhile, more than half of all the new gas production in the world over the next decade is set to come from the US, more than four times more than the next largest producer.  This huge growth in new gas production, largely driven by the fracking boom, threatens the world’s climate goals. This huge growth in gas expansion is driven by the pursuit of new export markets for US gas, with US gas exports set to rise by 80% over the next decade, to become the second largest gas exporter in the world.

Despite the influence of powerful gas companies Global Witness is fighting back. We will be working to end government’s financial and policy support for the fossil gas industry and accelerate a global transition away from gas to genuinely sustainable energy sources.

– 30 percent: Amount by which Europe must reduce gas consumption by 2030 to meet the EU’s current climate targets.

– 40 percent: Amount by which global gas production and consumption must drop to achieve the Paris Agreement goal of keeping warming under 1.5°C , according to Global Witness’ 2019 investigation Overexposed.

– 50 percent: Portion of the increase in greenhouse gas emissions for which gas is responsible since 2016.

– More than half of all the new gas production in the world over the next decade is set to come from the US, more than four times more than the next largest producer, according to Rystad Energy.

– US gas exports are set to rise by 80% over the next decade, which would make the US the second largest gas exporter in the world, according to Rystad Energy.