Prepare For Change
Home ARCONTES Does America Worship “A God Of Money”? 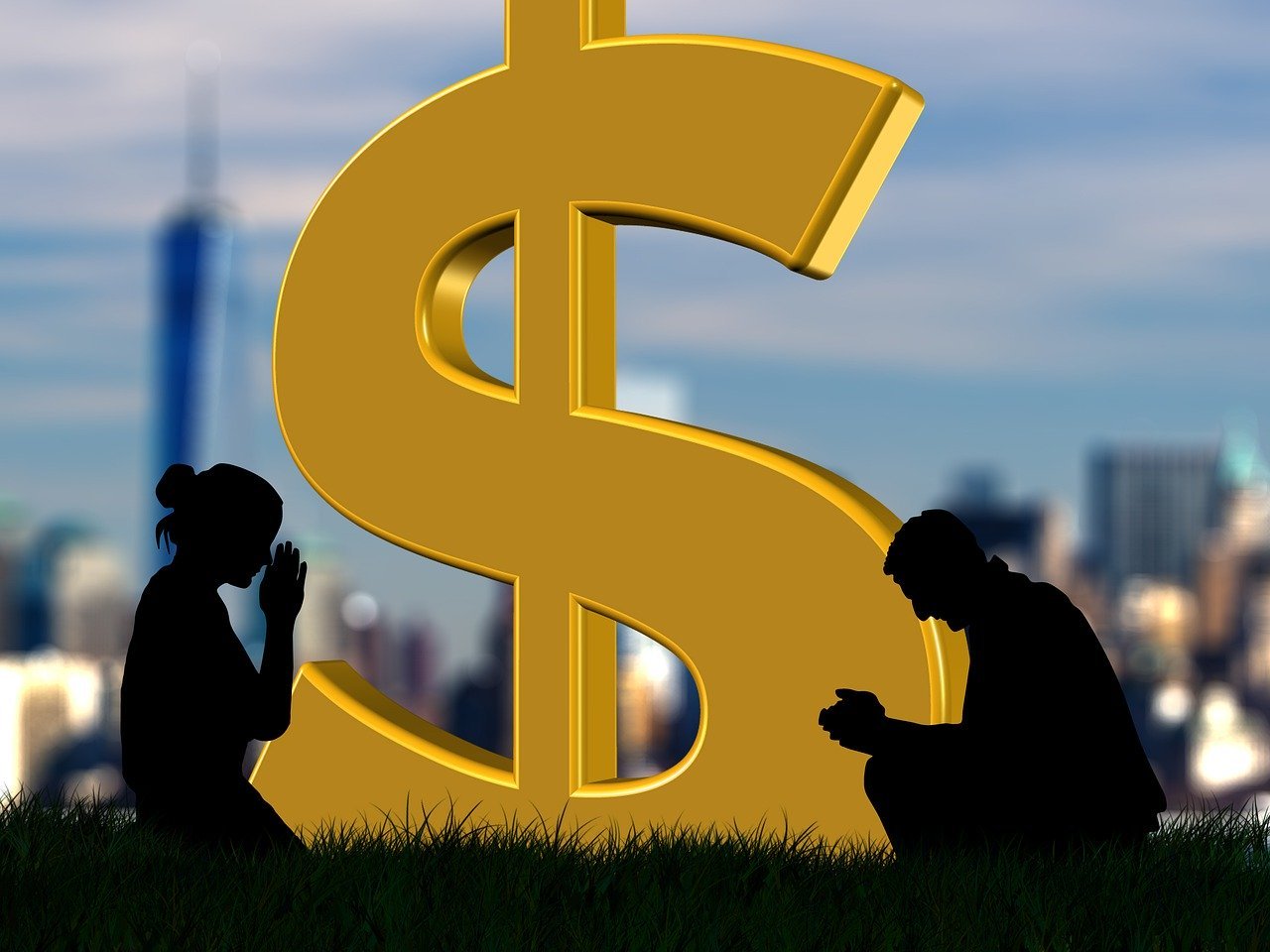 The one that you serve the most is the one that you really worship.  In America today, we don’t actually get down on our knees and pray to our stock market portfolios and the money in our bank accounts, but has our wealth become more important to us than anything else?  It is well known that material comfort greatly motivates most Americans.  We tend to vote for the politicians that we perceive will be the best for our economy, we religiously track the performance of our investments, and for many of us our financial goals are more important to us than any of our other goals.  We desperately want to “do well”, and we tend to exalt others that are “doing well”.  Of course “doing well” is defined primarily in financial terms in our society, and that is extremely unfortunate.  A poor man that has greatly loved his family and those around him his entire life is generally not considered to be “successful”, while a billionaire that may actually be living in emotional misery every day of his life is lifted up as an example for all of us to follow.  Our priorities are all messed up, and I believe that we will ultimately deeply regret the great love that we have developed for the debt-fueled “prosperity” that we have been enjoying for so many years.

In the Sermon on the Mount, Jesus warned us that we cannot serve two masters…

“No one can serve two masters. For either he will hate the one and love the other, or else he will hold to the one and despise the other. You cannot serve God and money.”

Unfortunately, most Americans gave up on trying to serve God long ago.  Today, most of us are primarily interested in pursuing money, and this has created a society that is filled with endless greed.

In such an environment, it is easy to understand how the stock market has become such a national idol.  We take great pride in the performance of the stock market, and on Tuesday headlines all over the nation gleefully trumpeted the fact that the S&P 500 closed at an all-time record high…

On Tuesday, the S&P 500 rose 0.2% to 3,389.78, eclipsing its previous Feb. 19 high to finish at the highest closing level on record. That means this year’s bear market, or a drop of more than 20% from a peak, from the February high to the lows on March 23 was the shortest in history, according to S&P Dow Jones Indices.

Of course it doesn’t actually make any sense at all that stock prices are hitting all-time highs right now.

We are in the midst of the worst economic downturn since the Great Depression of the 1930s, and 56.2 million workers have filed new claims for unemployment benefits over the last 21 weeks.

But the Federal Reserve was absolutely determined to rescue the financial markets when they started to implode during the beginning of the COVID-19 pandemic, and the Fed has been successful in accomplishing that mission.

In particular, the big tech stocks have really benefitted from this latest rally, and on Wednesday Apple actually became the first 2 trillion dollar company in U.S. history…

High-flying stocks like Apple, Microsoft and Google parent Alphabet have powered this year’s rally, far outpacing the rest of the market as investors bet heavily they could prevail in a stay-at-home economy. On Wednesday, tech giant Apple was the first publicly traded company to top a $2 trillion valuation.

As stock prices have soared, this has sent the net worths of America’s tech billionaires into the stratosphere.

In fact, if you add up the wealth of America’s 12 wealthiest billionaires, it now comes to a total of more than 1 trillion dollars…

New research published Monday by the Institute for Policy Studies shows that the dozen richest American billionaires now collectively own more than $1 trillion in wealth, a finding one analyst described as “a disturbing milestone in the U.S. history of concentrated wealth and power.”

According to IPS, a progressive think tank, the 12 top U.S. billionaires have seen their combined wealth soar by 40%—or $283 billion—since the coronavirus began spreading rapidly across the U.S. in mid-March, sparking widespread economic shutdowns and mass job loss.

To most people in our society, these billionaires are people to be greatly admired.

In fact, most of them are treated like celebrities.

These days, names like Gates, Musk and Zuckerberg make national headlines even more frequently than our most cherished Hollywood stars.

Meanwhile, tens of millions of “ordinary” Americans are deeply suffering.  We have never had a year when more than 56 million Americans have filed new claims for unemployment benefits, and more Americans are losing their jobs with each passing day.

Mortgage delinquencies are rising at a very frightening pace, tens of millions of Americans can no longer pay their bills, food prices are starting to get totally out of control, and hordes of people are moving away from the major cities on both coasts.

For decades, the U.S. middle class has been eroding, and now that process is rapidly accelerating.  In fact, one new study has found that the average American now needs 53 weeks of income per year just to pay for the basics…

As Bank of America points out, while the recent covid shutdowns has thrown the economy into disarray with millions laid off and living on government stimulus checks, life for the vast majority of workers – i.e., those who comprise the country’s middle class – was already precarious before the pandemic, and nowhere is this more evident than in the Cost of Thriving Index.

Consider that in 1985 it took 30 weeks at the median wage to pay for big fixed costs like housing, health care, a car, and education; fast forward to today when it takes a mathematically impossible 53 weeks of a 52-week year to buy those things.

Needing 53 weeks of income just to pay for the basics is a huge problem, because there are only 52 weeks in a year.

Unfortunately, this new economic crisis is just getting started.  Conditions are going to get much, much worse in the years ahead, and the economic pain is going to be off the charts.

So what do you think is going to happen to our society when our “god of money” finally crumbles?

When Americans realize that the thing that they have been living for more than anything else has been taken from them, we are going to see a nationwide temper tantrum that will be unlike anything that we have ever seen before.

Unfortunately, we have raised several generations of Americans that don’t understand what really matters in life, and our entire society will pay a very great price for our negligence.