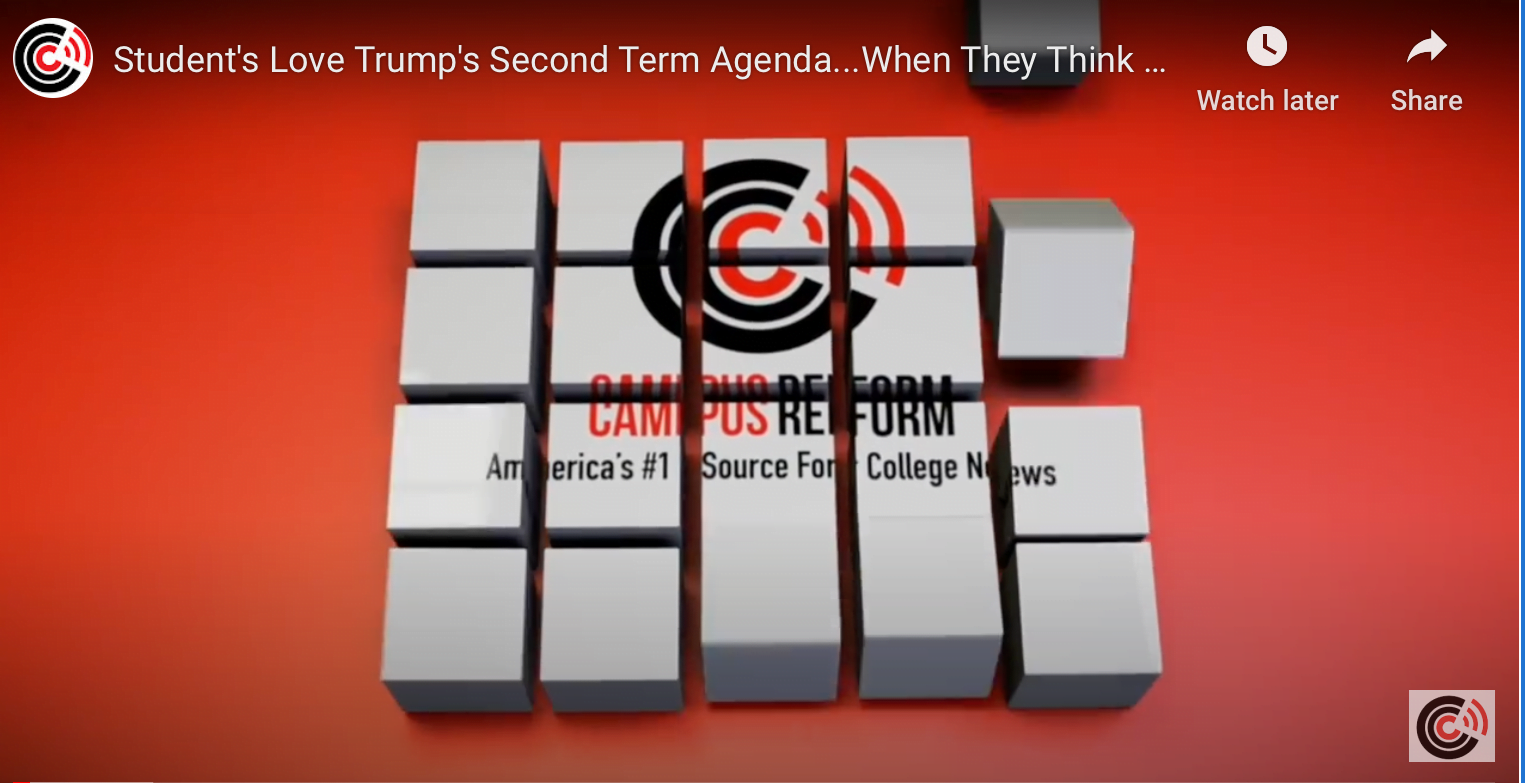 From Campus Reform, as suggested by one of our readers:

Florida Campus Correspondent Ophelie Jacobson spoke to students about President Trump’s recently released agenda for his second term. Jacobson asked students to react to some of the ideas, but told students they were part of Biden’s plan. Watch how students react when Jacobson tells students these are in fact Trump’s ideas, and how he already has a track record of accomplishing some of his goals. FULL STORY: The Trump campaign recently released its agenda for a second term, building off the administration’s first-term accomplishments. Campus Reform asked students about some of the initiatives listed on the agenda, without telling them they were part of Trump’s agenda. Instead, students were told the agenda was Democratic presidential nominee Joe Biden’s. The students seemed to like the ideas listed, which included stopping endless wars and bringing our troops home, wiping out global terrorists who threaten to harm Americans and dismantling human trafficking networks. “The fight on terrorism has always been important, especially in America. So getting rid of stuff that can harm American lives is perfect,” one student said after hearing that “Biden” wanted to wipe out global terrorists. “I think that’s a great initiative. Um, really important, because obviously, human trafficking, especially in South Florida which is where I’m from, is a huge issue. So from what it sounds like, it sounds like a great idea,” another student said in response to hearing about dismantling human trafficking networks. Some of the students said that these ideas had an influence on whether or not they would vote for Biden in November. “I mean, I still haven’t decided yet, but these things all sound great and they’re definitely making me lean more towards Biden,” one student said. Campus Reform then mentioned that this was Trump’s agenda, not Biden’s. “It surprised me a little bit because I don’t have the highest opinion of the president at the time, but I think that’s great,” one student said in response to learning that the Trump administration allocated more than $400 million to dismantle human trafficking networks. “I think everyone, including myself, could be a little bit more looking at the policies of the President rather than their character” another student replied. “In this time, not a lot of the good he does is heard. It does help knowing that he is doing these things,” one student said. ———————————————————————————————————–