Prepare For Change
Home ARCONTES Governments Will Impose New Lockdowns If They Think They Can Get Away... 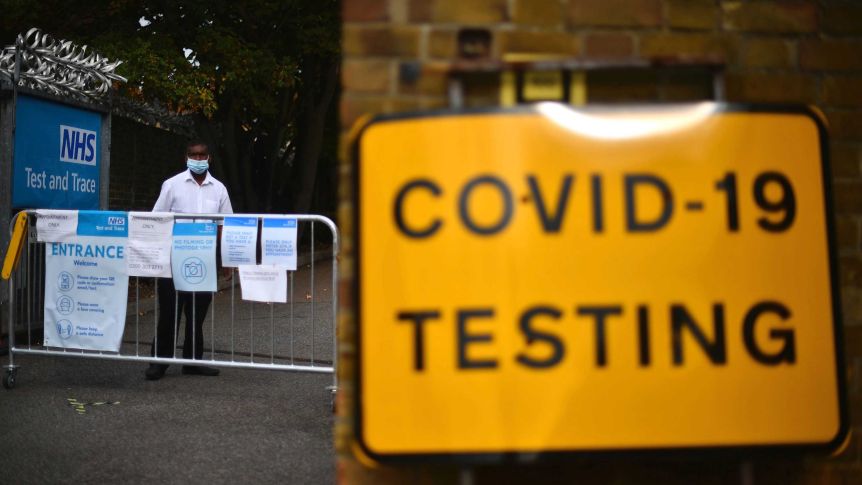 This year’s stay-at-home orders and lockdowns imposed by governments on their populations represent a watershed moment in the history of the modern state.

Before March 2020, it is unlikely that many politicians—let alone many ordinary people—thought it would be feasible or likely for government officials to force hundreds of millions of human beings to “self-isolate.”

But it turns out governments were indeed able to force a sizable portion of the population to abandon jobs, religious practices, extended families, and community life in the name of “flattening the curve.”

Whether through fear manufactured by the news media or through outright threats of punishment, business owners shuttered their shops and offices, churches closed down, and schools abandoned their students.

Those fears—not scientific objectivity—have been guiding the gradual loosening of lockdowns and lockdown-related restrictions in recent weeks. After all, in many jurisdictions—both in the USA and in Europe—cases and case growth are far above what they were back in March and April when we were told that high case totals absolutely required strict lockdowns. If case numbers are higher now than during the previous peak, why no new lockdowns?

Make no mistake, many politicians would love to impose lockdowns again, and indefinitely. After all, the power to micromanage the behavior of every business and household in the manner of covid lockdowns is a power undreamed of by even the most despotic emperor of old. It’s not a power a regime would abandon lightly.

But could they get away with it? This is a question every pro-lockdown politician is asking. For the extent to which lockdowns have been scaled back and lessened, we cannot thank any enlightenment or change of heart on the part of politicians. If lockdowns now seem to be receding, it’s because policymakers fear another round of lockdowns would be greeted with resistance rather than obedience. In short, the retreat of lockdowns is a result of an uneasy truce between the antilockdown public (which is by no means the whole public) and the prolockdown politicians. The politicians have conceded nothing in terms of their asserted authority, but they nonetheless fear greater resistance in the future.

Although they’re slowly backing off on full lockdowns for now, governments have been very careful to maintain that they retain the power to reimpose them—including full-on strict and ruthless lockdown—at any time. In some areas, this has already been done, such as in southern Australia and in New Zealand. In the state of Victoria in Australia, for instance, residents in recent weeks have been subject to strict curfews and even road closures preventing them from traveling more than a few miles form their homes. Those who dissent—such as a pregnant mother who was arrested for merely discussing an upcoming protest—are brutalized. Meanwhile, military personnel enforce martial law, dragging people from their cars and demanding they show their “papers.”

Nor have American politicians abandoned these newfound powers. In Utah, which did not impose a lockdown in March or April, the authorities are still threatening a possible future “complete shutdown.” Governors in states including Texas, Pennsylvania, Illinois, New York, and Michigan have all threatened new lockdowns if the residents don’t do as they’re told.

(Only two governors, to my knowledge, have said they will not impose future lockdowns. Earlier this month, Governor Ron DeSantis of Florida vowed “we will never do any of these lockdowns again,” and Governor Kristi Noem of South Dakota, which has never imposed a lockdown at all, has also said lockdowns are not on the table.)

In many cases politicians have substituted face masks and targeted lockdowns (of bars and nightclubs, etc.) in lieu of full stay-at-home orders. This limits public dissent by limiting the number of businesses and industries where people are thrown out of work and business owners are effectively robbed of their property. Fewer destitute or jobless voters likely translates into less active dissent.

This permanent embrace of emergency power is to be expected. Governments have long used crises as an excuse to expand government power, often with the glowing approval of the electorate. After the end of World War II, for example, the party platform of the British Labour Party explicitly sought to extend wartime economic planning indefinitely. The idea was that central planning had won the war and now it would “win the peace.” This meant a host of boards and commissions that would control everything from farming to housing.

But that’s just one example. As Robert Higgs has shown in his book Crisis and Leviathan, using wars and other crises to permanently expand state power is just standard operating procedure for countless regimes. It’s what governments do.

Governments Are Limited Only by the Public’s Resistance

On the other hand, governments are limited by how much the public is willing to tolerate. As Étienne de La Boétie has shown, all regimes—even authoritarian ones—are ultimately limited by public approval and obedience. Without public opinion on their side, regimes become constrained, even in a police state.

Ludwig von Mises built on this notion when he noted in his book Liberalism:

there has never been a political power that voluntarily desisted from impeding the free development and operation of the institution of private ownership of the means of production. Governments tolerate private property when they are compelled to do so, but they do not acknowledge it voluntarily in recognition of its necessity. Even liberal politicians, on gaining power, have usually relegated their liberal principles more or less to the background. The tendency to impose oppressive restraints on private property, to abuse political power, and to refuse to respect or recognize any free sphere outside or beyond the dominion of the state is too deeply ingrained in the mentality of those who control the governmental apparatus of compulsion and coercion for them ever to be able to resist it voluntarily. A liberal government is a contradictio in adjecto. Governments must be forced into adopting liberalism by the power of the unanimous opinion of the people; that they could voluntarily become liberal is not to be expected.

In other words, governments don’t refrain from exercising ever more power unless they are prevented from doing so. But what did he mean by a government being “forced into adopting liberalism by the power of the unanimous opinion of the people”? Mises was very much a man who understood how states work in the real world. So it’s a safe bet that he didn’t think the public’s “unanimous opinion” was somehow magically transformed into a government limiting itself.

Rather, Mises understood that governments are limited by pressures applied by groups external to the state apparatus itself. These could take the form of widespread noncompliance, peaceful protests, or even armed resistance. But to think that governments will limit themselves without at least the fear of some form of resistance would be fanciful, to say the least.

And this is likely what is limiting governments in their dreams of ever-harsher lockdowns right now. We’ve already seen this dynamic in action in Serbia, for example, where the regime attempted to reimpose a nationwide lockdown. This proposal was greeted with both peaceful and violent protests. The state partially retreated and opted instead for much weaker regional lockdowns. Protests also continue to grow in Germany, and have even cropped up in London.

In the US, of course, protests of various types have appeared since April, and given the volume of anger over lockdowns and business closures expressed across a wide variety of media, it’s easy to see why state and local governments should expect trouble if they try another full-scale lockdown. One need only step out one’s front door in many areas to see countless examples of passive noncompliance and resistance to mask orders and social distancing decrees.

Complicating matters is the low state of public approval of police forces. It’s true that police tend to receive public support when they are seen battling rioters and thugs. But public support would likely wither quickly were the police unleashed on middle-class suburbanites who fail to follow stay-at-home orders.

If American governors and mayors try a new set of lockdowns, just how far will they willing to go to enforce them? Will they call in the national guard and open fire on middle-class dissenters? If police attempt to break into homes in the manner we have witnessed in Australia, things might turn out quite differently here. In situations like that, at least some residents will defend themselves with firearms.

Ensuring compliance will also become especially difficult as lockdowns empty the public purse. As the economy weakens, so will tax revenues, and public welfare programs can’t subsist on newly printed money forever. As local, state, and federal amenities and free money programs come up short of funds, it will become harder to buy off the voters with yet another government check.

Admittedly, governments can always double down on enforcement by imposing strict police states. This can work in the short term. But then what? Outside of places like China and Australia, it appears many regimes aren’t yet prepared to find out. But they’re not willing to concede defeat, either. The lockdown state will press the issue as far as the voters and taxpayers are willing to let it go.