Prepare For Change
Home Consciousness Are Gog and Magog running the Khazarian Mafia? 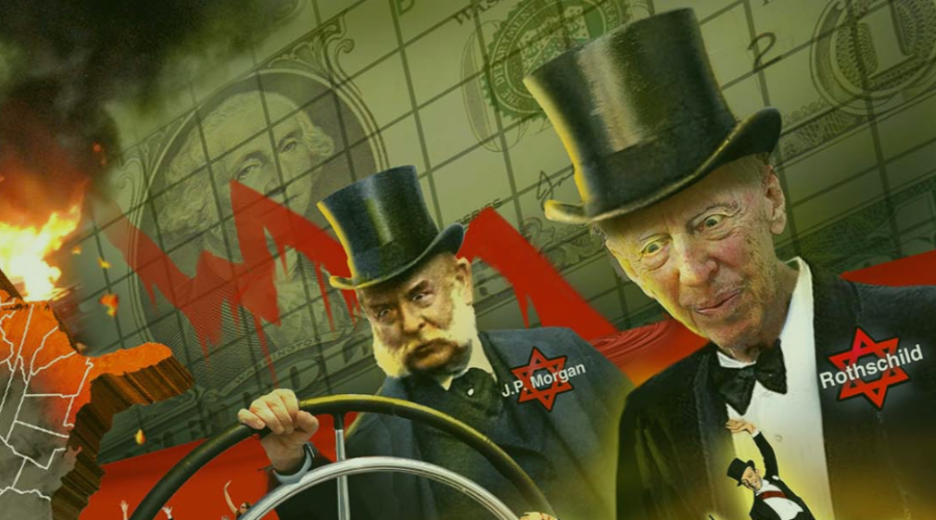 In different religious texts, Gog and Magog are depicted as evil forces located at the End of Times, who will initiate conflicts and wars, while causing massive destruction on Earth.

The Judaic and Christian scriptures, however, do not describe Gog and Magog in detail, and therefore, in such unclarity, there are struggles in interpreting and discussing this matter.

It is Islamic eschatology though, which sheds light on this subject for us to have a better perception regarding these great corrupters in the land while having addressed Gog and Magog adequately, as they make a major sign of the Last Day.

Unlike several apocalyptical figures in Islam, which are mainly described broadly in the Hadith literature solely (collections of narrations from the Prophet Muhammad), Gog and Magog happen to be mentioned in the Qur’an primarily, and their mentioning is always associated with various hints that encourage the effort of deciphering the Divine Language, contemplating, and reflecting into a more profound comprehension of the scriptures.

The verses of the Qur’an first introduce the nature, characteristics, and conduct of the two tribes, and further enable us to locate Gog and Magog geographically, when the expenditure of a mighty ruler mentioned in the Qur’an as “Dhul-Qarnayn” is addressed.

According to this narrative, mighty Dhul-Qarnayn traveled across a mountainous stretch of land between two large bodies of water: one dark in color, in the direction of the setting of the sun (i.e. west), and the other in the opposite direction (of the rising of the sun, i.e. east) where a people approached him, demanding help from the aggression and criminality of Gog and Magog, so Dhul-Qarnayn built a barrier to detain the two tribes.

Ibn Kathīr, an early, prominent Muslim scholar theorized on this particular Qur’anic description and identified the Caucasus as the region where Dhul-Qarnayn traveled to and found Gog and Magog – and the description matches with this region which is characterized by the mountain system and bounded by the two seas, on both west and east: the Black Sea (which got its name by the Ancient Greeks because of its dark appearance) and the Caspian Sea – a hypothesis which can further be proven reliable from narrations which indicate that Gog and Magog will approach the area of Beit HaMikdash (Temple in Jerusalem) from the north while passing the Sea of Galilee, and the two large seas (also quite noticeable on the map due to the geographical positioning) are located precisely north to the Holy Land.

It is this region which we recognize as the first location of Gog and Magog, where the Khazar Empire was established, and Khazars became ‘supreme masters of the southern half of Eastern Europe’, and where, in the eighth century occurred a mass-conversion to Judaism, and Jews from this settlement have continuously migrated to all directions, from the time of the Khazar state’s break-up to this age, and they make most of the population who identify as Jewish in the present day, however, they are not Semitic, like the actual Jews.

It was the Khazar ruling class, initially pagans and occultists who adopted Talmudic faith and became adherents of Babylonian Talmudism, who gained power while operating shadowy for hundreds of years, as they had infiltrated into royal houses, ruling elites, government structures, had hijacked political institutions, organizations, controlling finance and banking, participating in the sophisticatedly-structured occult reign that challenges and controls apparent earthly authorities and individuals seemingly in power, while specifically making a  firm financial oligarchy and banking cabal which has been conspiring for centuries while governing in total secrecy – it is the Khazarian Mafia.

In Islam, the advent of Gog and Magog is associated with “the return of a people of a destroyed city back into it” (prohibited from returning until when the dam of Gog and Magog has been opened, according to Qur’an 21:95-96), as well as disastrous afflictions which the Arabs specifically would go through.

The first statement might potentially refer to the City of Jerusalem, which has been besieged, attacked and captured dozens of times, destroyed twice, and ultimately its people were driven out of it, but they returned when the Khazar Rothschild banking cartel founded the State of Israel, making possible the departure of 600,000 Jews, from Europe to Palestine, at the cost of displacing the Arab natives, as well as murdering and committing countless of atrocities against innocent Palestinians, as well as the other Arabs in the invasions and wars waged by the Khazarian Mafia in the neighbor Arab countries.

But who runs the Khazarian Mafia? Could it not be Gog and Magog? It is they who have hijacked global institutions, and this KM has played the role of the enforcers of their tyrannical agenda, constructing the Israel-centered World Order (with Jerusalem replacing Washington, becoming center stage in the world politically and hence marking the beginning of Pax Judaica), claiming supremacy over the planet and global totalitarianism, in other words a New World Order, which results in the rule of the One-Eyed Deceiver, which is, however, only the beginning!