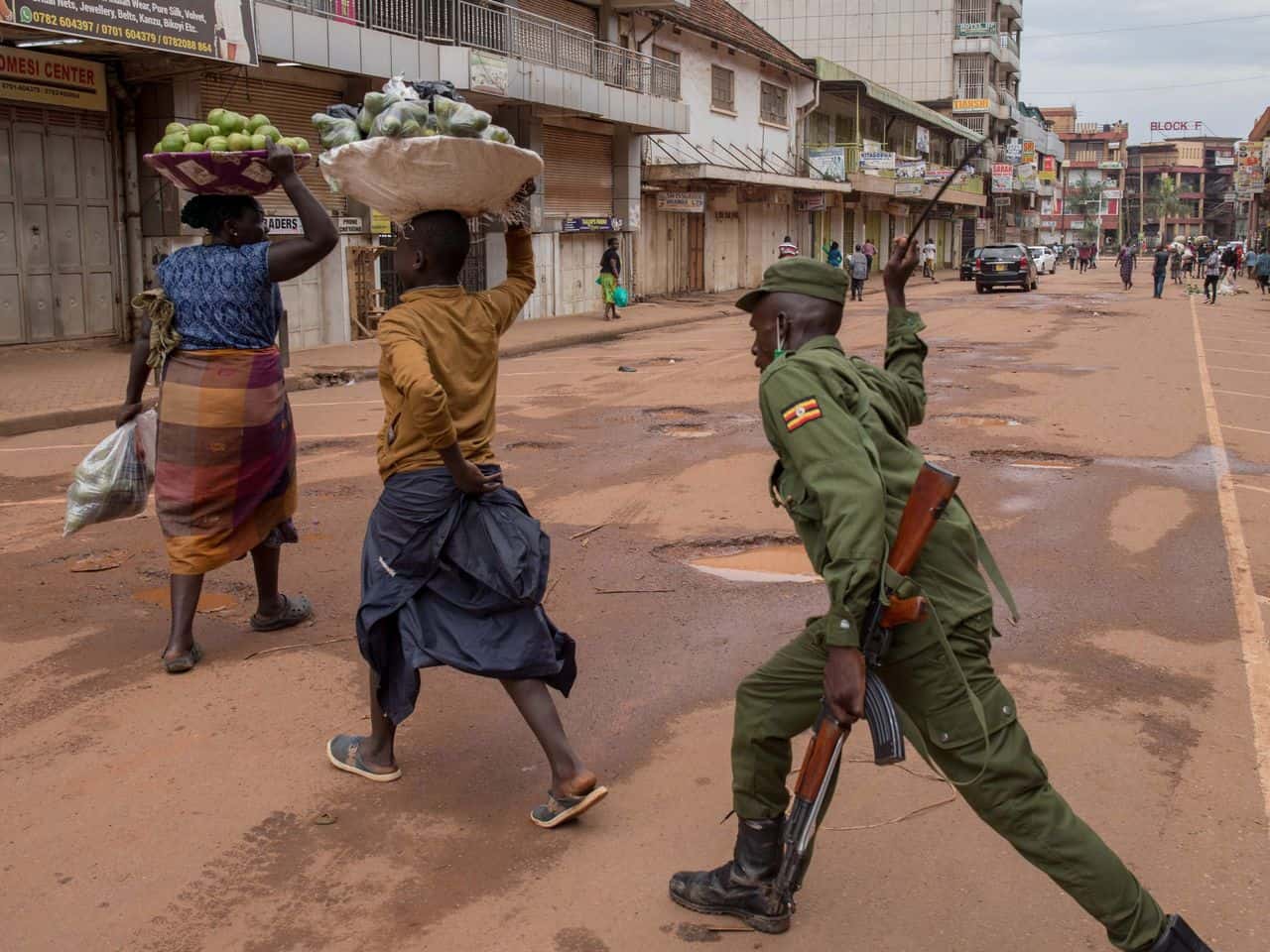 You have a young population with high levels of cross-immunity, but extremely vulnerable to disruption of income

As Covid-19 began to sweep across the planet earlier this year, the warnings about the disease’s impact on Africa were terrifying. The World Health Organisation predicted ten million cases within six months, raising the horrifying prospect of fragile health systems becoming overwhelmed with corpses piled up in hospital corridors. Other UN experts said there could be 1.2bn cases and 3.3m deaths without emergency interventions, while more optimistic modelling from the influential experts at Imperial College, London, anticipated 300,000 deaths.

Little wonder countries on the continent rushed to follow the lead of rich nations such as Italy and Spain that were visibly struggling to cope with pandemic. Many closed borders, shut businesses and locked down citizens. Among the firmest responses was Uganda’s, where public transport was suspended, schools shut down, shops closed, curfews imposed and big gatherings banned. Kampala has conducted more than 350,000 tests, according to official data. After doom-laden warnings of 68,000 fatalities from the virus if there were failure to act, there have been 44 confirmed coronavirus deaths in this east African nation of 43m.

Such actions won praise from global health bodies. Yet were blunt lockdowns really the right approach in Africa? A growing body of doctors, economists and scientists fear these measures will have disastrous consequences. These experts warn of financial carnage, spiralling epidemics of other diseases, the intensification of gender and wealth inequalities and the battle against poverty being set back by decades. They point to Africa’s youth, with a median age of 18 years compared with 41 years in Europe, and few people in the highest-risk older categories — which may help explain why a continent of 1.3bn people has seen fewer confirmed virus deaths than the UK.

Almost one in five Britons is aged 65 or over; in Africa, it is fewer than one in 50. Yet the impact of shutting down countries will be far worse than in wealthier developed nations.

David Bell, a malaria specialist who has worked with both Bill Gates and the WHO, is among those concerned that we may be witnessing catastrophe unfolding on the continent. “It seems global health authorities did not think through the collateral damage, yet we knew by March the age-related fatality levels of this virus. If you looked at Italy or China, it was old people who were dying. In developing nations, many people live day to day, so even short disruption can be devastating to lives, while there are already large epidemics of malaria, tuberculosis and HiV that will only get worse if you reduce access and healthcare for a few months.”

Take Uganda, where borders remain closed, the curfew is still in place, and half the citizens are under 16 years old. On the plus side, there is thought to have been a fall in traffic fatalities as people stayed at home.

But a new study by Bell and five other researchers indicates restrictive measures led to plummeting detection of new HiV and malaria cases, along with treatment of highly-infectious tuberculosis, while maternal mortality instantly surged from 92 deaths in January to 167 fatalities in March. “The fear is more people will die from other conditions,” said Agnes Kiragga, head of statistics at the Infectious Diseases Institute, Kampala, and co-author of the paper. “This has been a learning curve. Governments in Africa must consider not just Covid but other diseases that are more dangerous in a young population.”

One medic said the nation’s health budget had been depleted in three months, storing up problems. Another told me of children missing critical immunisations and a surge in suicides amid economic downturn so fierce the BBC recently showed a school teacher who lost her job selling maize on the street. “I had to look for a way of surviving,” said Harriet Agasiu. “I was eating my savings, which I finished.” There is little safety net in such places. Many people also live in crowded conditions lacking basic services that make social distancing impossible. And in countries such as Angola, Kenya and Uganda, people have been killed by security officials enforcing lockdown and others beaten and shot, exposing how thugs in uniform may be more dangerous than the disease.

Malawi was among the handful of African countries that did not impose such rigid measures after its pandemic response became ensnared in electoral politics.

Human rights activists, fearing the government was using the virus to wriggle out of a re-run presidential contest, won a court battle to stop lockdown on the basis there was not sufficient provision to stop poor people going hungry. Even big campaign rallies went ahead, although schools and later bars were shut down.

Predictive modelling warned that inaction would lead to 16 million infections, 483,000 hospitalisations and 50,000 fatalities in this southern African nation of 19m people — yet there have been just 176 confirmed deaths to date.

There has been limited testing in Malawi, while doctors admit significant numbers of deaths may be going unrecorded, especially in rural areas. Yet there have been few coronavirus patients in their hospital emergency units. “We’ve not seen a lot of cases and the reasons remain unknown,” said Marah Chibwana, a member of the Viral Immunology Research Group at Malawi Liverpool Wellcome Trust Clinical Research Programme. She has just completed a study in Blantyre that found one in eight health workers has had Covid-19, highlighting this discrepancy between predicted and actual reported deaths. “It is a mystery that despite not going into a lockdown, we have experienced a low number of fatalities.”

The youth of citizenry must be a factor. But, as Chibwana says, another theory under investigation is that previous exposure to coronaviruses, such as those responsible for common colds, might have built up immunity to Covid-19. One leading South African virologist says he cannot think of any other reason to explain the numbers of completely asymptomatic people seen on the continent. If this is correct, it would mean the very conditions expected to fuel huge fatalities — cramped homes, crowded urban areas and communal washing spaces — may in fact help to protect poorer places in developing nations.

Although who knows what lies ahead with this unpredictable new virus?

Some countries are now tweaking their approach to focus more on testing and surveillance, having seen the disadvantages of lockdown. Lynda Iroulo, a Nigerian research fellow at the German Institute of Global and Area Studies, points to a spike in crime during lockdown in Lagos. “African nations made the mistake of mimicking Western measures without considering local conditions. In Western nations lockdowns were more feasible because the infrastructure is there and social welfare is available. But in most African nations lockdowns were flouted in search of money and sustenance. This is not surprising — it is a difficult challenge to overcome because the pandemic only exacerbated existing problems within nations. So the lockdown did more harm than good.” 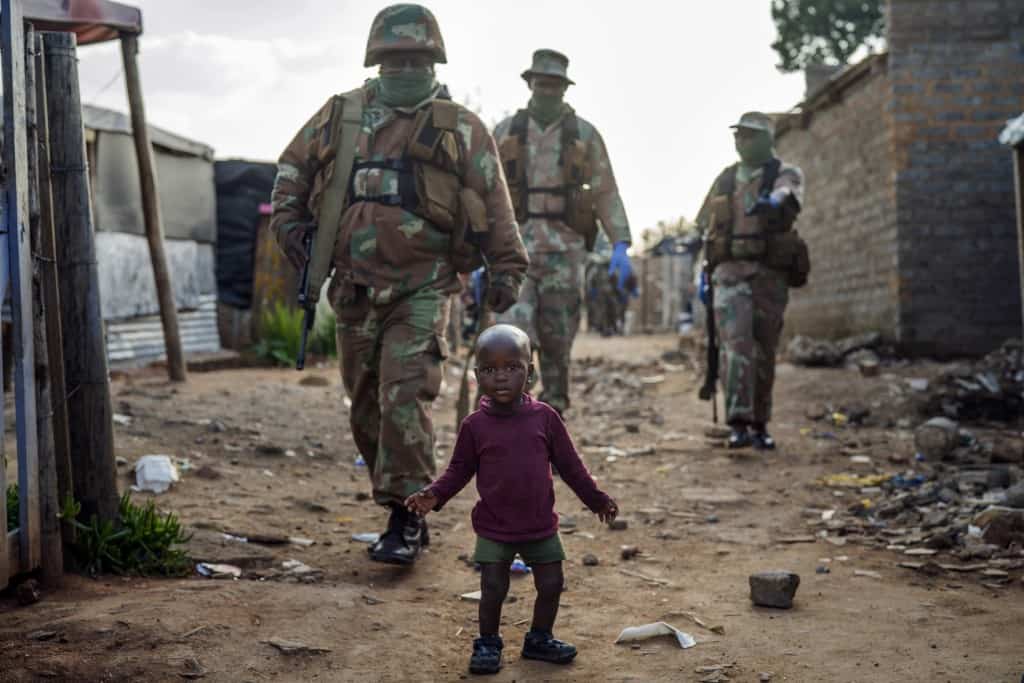 A series of studies is starting to show the collateral damage in a continent where countries and families are being pushed to the brink, and where more than eight in ten people are self-employed, many surviving on marginal incomes as street vendors or day labourers. The UN forecast that Africa could have 30 million more people in poverty. A study by the International Growth Centre spoke of “staggering” implications with 9.1% of the population descending into extreme poverty as savings are drained, with two-thirds of this due to lockdown. ‘The context is very different to Europe because people become food deprived,” said co-author Matthieu Teachout, who fears the crisis could set poverty rates back two decades.

Then there is the wider health impact. One US charity predicts 2.3m child deaths due to disruption of services in the pandemic’s first year. Births in Zimbabwe’s health clinics have fallen more than one-fifth — which, according to a study in the Lancet, if replicated across the developing world might lead to 12,200 more maternal deaths, since women are more likely to die in childbirth from complications if not in a medical setting. A WHO analysis projects an extra 200,000 fatalities from TB this year, while the organisation also warns that the blocking of access to anti-retroviral therapies could lead to half a million extra deaths from AIDS-related illnesses.

The Lancet paper in May came from researchers at the John Hopkins Bloomberg School of Public Health, who were instantly concerned by the possible side-effects of the pandemic. It showed the results of modelling maternal and under-5 deaths resulting from disruption of health systems and decreased food access. The best scenario resulted in 253,500 additional child deaths over six months in 118 low- and middle-income countries; the worst led to 1,157,000 extra child fatalities and 56,700 more maternal deaths. “The scenarios were based on assumptions, not empirical data,” said lead author Timothy Roberton. “However, since May we’ve seen various data from different countries, and lots of anecdotal reports, that suggest our original scenarios might not be far off the mark — including the higher scenario.”

Malaria, the main cause of death in sub-Saharan Africa, is another concern. To put this in perspective, Angola has seen 126 coronavirus deaths compared with 2,500 fatalities from this parasitic disease in just the first quarter of 2020.

One study warned that suspending the distribution of insecticide-treated bed nets and a big drop in the use of drugs across Africa could lead to mortality rates not seen for two decades. Another paper in Nature Medicine by researchers at Imperial College, London, predicts a doubling of malarial deaths this year: “In Nigeria alone, reducing case management for six months and delaying long-lasting insecticidal net campaigns could result in 81,000 additional deaths.”

The tragedy behind such horrifying data, as co-author Thomas Churcher pointed out to me, is that we know how to control malaria though prevention and quick treatment.

This discussion over lockdown in Africa is a microcosm of the wider global debate over how to balance the handling of a deadly new disease with wider health, commercial and social issues. But it is multiplied many times over since coronavirus fatality rates are so much lower than in developed nations while the impact so much more profound.

“Lockdowns are the wrong policy not just for Africa, but for almost all low income countries,” said Charles Robertson, global chief economist at Renaissance Capital and author of a book on Africa’s renaissance. I fear he is right. The more you look at the data, the harder it is to avoid the conclusions that the instant panicked response on the continent was a mistake — and one that may have the most hideous long-term consequences.