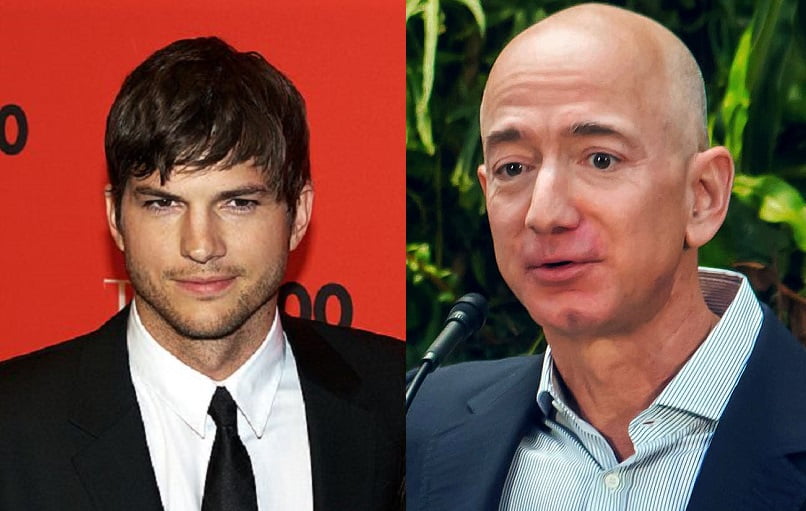 The most obvious example is the one we have been reporting on for years now here at Health Impact News, which is the government-funded child welfare system commonly referred to as “Child Protective Services,” or CPS, which is the main vehicle by which children are kidnapped from their families and trafficked.

Child sex trafficking has been a hot topic in the corporate media recently, and every time I am alerted to some of these news stories, especially where rallies or demonstrations are taking place, I always look at the group behind these public demonstrations, and who the leaders are within these groups.

Very often Child Abuse Pediatricians and hospital child abuse clinics are involved, and as we have documented over the years, these doctors make their living solely by finding “medical abuse” so they can take custody away from the family and put them into the lucrative multi-billion dollar a year foster care and adoption system.

We need to call this what it really is: Child Trafficking.

These government-funded and privately run groups do not care about the welfare of children at all. If they did, they would do everything possible to keep children at home with their families, by supporting those families, which in many cases are poor, minority families.

The Christian Church is one of the largest entities guilty of child trafficking, calling it “Orphan Care.”

But Satan is the “father of lies,” and his most deceptive way of fooling the masses is promoting something that might be 90% or even 99% true, but 1% or 10% false, and this is the most dangerous deception of all.

So while the QAnon phenomenon has exposed real intel on child sex trafficking, the belief that one person, a billionaire Wall Street insider turned politician and currently serving as the President of the United States, is going to clean up this entire mess of child sex trafficking and put everyone behind it in prison, might be one of the greatest deceptions of all time.

Of course this religious-like belief is based on another deception, namely that the President of the United States runs the country.

This is a false belief. The country is run by the Wall Street gang of billionaires and Central Bankers, which now includes the Silicon Valley moguls, along with the secretive intelligence agencies like the CIA who control the corporate propaganda media, and at the top of their leadership they are all pedophile Satanists, and most of them are probably addicted to Adrenochrome, which requires a fresh supply of blood from young children.

Anyone who thinks Donald Trump can put away all of these Globalists has been thoroughly deceived.

A suspect NGO claiming to combat child trafficking by providing surveillance tech to US police has allowed Amazon to continue supplying U.S. law enforcement with facial recognition software despite the tech giant’s moratorium on its sale to police.

At the time the moratorium was announced, The New York Times noted that “the announcement was a striking change for Amazon…” due to the fact that, “more than other big technology companies, Amazon has resisted calls to slow its deployment.” Amazon’s efforts to ensure the widespread adoption of its facial recognition software gained notoriety after a study found that Rekognition falsely tied 28 members of Congress, most of whom were politicians of color, to mugshots, causing critics to accuse Amazon’s product of both racial bias and inaccuracy.

However, what The Times and other outlets failed to pick up on, then and now, is the fact that Amazon’s Rekognition is still being supplied to U.S. police, despite its official moratorium. Indeed, U.S. law enforcement agencies are still being offered Amazon’s facial recognition software by a NGO partnered with Amazon that was created by actor Ashton Kutcher, who frequently co-invests with Amazon CEO Jeff Bezos.

That NGO, called “Thorn,” continues to supply the controversial software to law enforcement agencies around the country under the guise of helping police “combat child trafficking.”

Thorn’s role in supplying such software to law enforcement despite moratoriums is also notable because its founder Ashton Kutcher has publicly and “tearfully” supported Black Lives Matter amid the recent protests that provoked Amazon’s moratorium on sales of Rekognition to police in the first place. In addition, Kutcher is also a major investor, alongside Amazon’s Jeff Bezos, in a company that supplies AI-powered software to law enforcement agencies, further undermining Kutcher’s professed support for ending racial inequities in policing.

Yet, further investigation into Thorn casts even greater doubt on its professed altruistic objectives, given the organization’s ties to CIA cut-outs, Wall Street banks and another “anti-child trafficking” organization that was launched by Hillary Clinton and Cherie Blair, the wife of former U.K. Prime Minister Tony Blair.

Thorn was founded in 2012 by actors Ashton Kutcher and Demi Moore with the original goal of “investing in the innovation phase of potential tech-led approaches to ending online child sexual abuse.” Kutcher and Moore were allegedly inspired to create Thorn after watching a documentary on child sex trafficking in Cambodia.

Eventually, Thorn’s plan to create its own “tech-led approach” to combatting online child sex abuse was shelved, with them instead partnering with two tech companies — Amazon and Digital Reasoning, to produce “a product to aid in identifying child sex trafficking victims who were sold online.” Thorn then “made the decision to develop the product itself and provide it free to law enforcement.”

Thorn’s partners, per its website, include many of the largest Silicon Valley tech companies, such as Amazon, Google, Twitter, Facebook, Salesforce, Microsoft, Intel, Dropbox and Adobe, as well as Goldman Sachs and Verizon. They are also partnered with the NGO Polaris, which operates the U.S. National Trafficking Hotline and whose current CEO is a former operative for USAID, a CIA cut-out.

Polaris is also a member organization of the Clinton Global Initiative (CGI), an organization allegedly devised and initially financed by Jeffrey Epstein and also associated with Epstein’s top co-conspirator Ghislaine Maxwell. Other NGO partners of Thorn include the National Center for Missing and Exploited Children (NCMEC), the international branch of which was launched in 1999 by Hillary Clinton and Cherie Blair; and the McCain Institute for International Leadership, named for the late, hawkish Senator John McCain and hosted at Arizona State University (ASU).

The majority of Thorn’s work involves providing local and federal law enforcement agencies with a software suite called Spotlight. Spotlight, under the guise of combatting human trafficking, is a sweeping, AI-powered surveillance tool that, per the tech companies that helped create it, is currently used “by more than 2,187 law enforcement and intelligence agencies in North America.”

It is provided to U.S. law enforcement free of charge by the Thorn organization, allowing law enforcement easy access to controversial surveillance systems that they ultimately use for much, more more than combatting sex trafficking. The software, per Thorn, is also used by the Department of Homeland Security (DHS).

Spotlight is also supported by Google, another tech company funded into existence by the CIA via In-Q-Tel that is also a major contractor to the U.S. government and intelligence agencies, as well as the McCain Institute, named for late Senator John McCain. The McCain Institute’s involvement is notable given that Sen. McCain’s widower, Cindy McCain, who is a key part of the Institute’s “Combatting Human Trafficking” initiative, publicly admitted “We all knew about him [Epstein]. We all knew what he was doing.”

Despite having a well-funded initiative to “combat human trafficking” that preceded Epstein’s second arrest by several years and admitting to knowing what Epstein was doing to under-age girls, the McCain Institute’s initiative never made any effort to combat Epstein’s sex trafficking activities. Instead, long-time Jeffrey Epstein associate and the person who connected Epstein to Alan Dershowitz and the Clinton family while Bill Clinton was president, Lynn Forester de Rothschild, is a key member of the McCain Institute.

Two other members of the McCain Institute are closely tied to Thorn, Ashton Kutcher – who co-founded Thorn and remains on its board of directors – and Ernie Allen – who is both the McCain Institute’s and Thorn’s “Human Trafficking expert.” Allen is the long-time head of an “anti-human trafficking” organization launched by the Clinton and Blair families whose software tools “to protect children” are also furnished by Amazon, all of which is discussed in a subsequent section of this investigation.

For now, it is worth noting that Ashton Kutcher – Thorn’s celebrity founder who has received the lionshare of credit in media reports for Thorn’s reported successes in combatting child trafficking, is a top investor in a controversial law enforcement technology company and often co-invests alongside Amazon’s top executive and world’s richest man, Jeff Bezos. For instance, Kutcher is a major investor in the law enforcement software company Mark 43, which provides AI-powered dispatch system, records management software and data-intelligence platform to more than 70 U.S. police departments. Other investors alongside Kutcher in Mark43 include former CIA Director David Petraeus, Jeff Bezos, Ray Rothrock – a former partner in the Rockefeller family’s venture capital firm, and Goldman Sachs.

Aside from Mark43, Kutcher and Bezos have publicly co-invested together in several companies, including Airbnb and Fundbox.