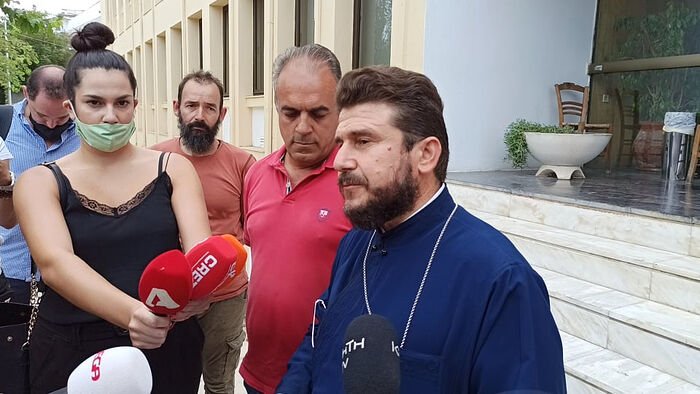 A priest in Crete was sentenced to 9 months in prison with a 3-year suspension last Friday for inciting disobedience against the National Public Health Organization’s directive on the mandatory use of face masks, which includes the use of masks in all closed spaces and schools.

The incident with the 47-year-old priest occurred last Monday, September 14, during the blessing ceremony of a local kindergarten. Video shows the priest emphatically telling parents that “they will destroy their children” if they send them to school in masks, and criticized them for not holding a rally in protest of masks, reports Keep Talking Greece.

Parents objected that a school is not the place for a sermon, and the priest responded calling them left-wingers who rally in favor of homosexuals and others, but not against masks.

The priest was arrested the next day and had his day in court that Friday. During his trial, he refused to wear a mask, refused to apologize, and told judges he would sue them for wrongdoing.

Following the trial, the priest told the local media that it was not him who was tried, but the truth, the law, and God. He plans to appeal his sentence.

A priest on the island of Kalymnos was arrested in August after calling on parishioners not to wear masks on the feast of the Dormition of the Most Holy Theotokos. He awaits trial on October 8.