Prepare For Change
Home Education What’s the Difference Between England, the U.K. and Great Britain? 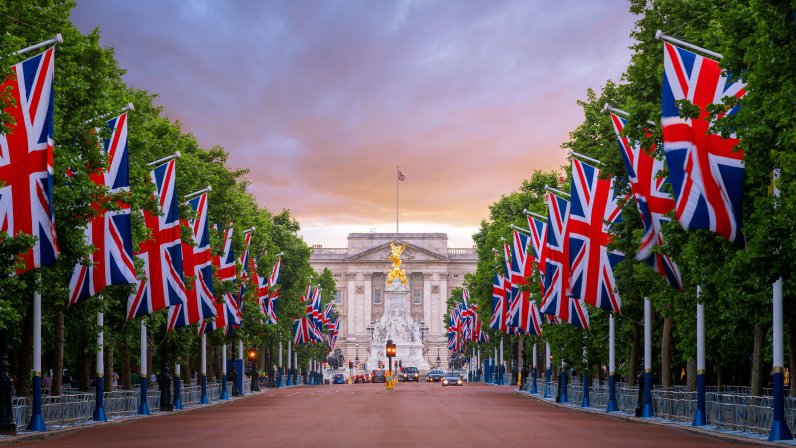 The world was glued to their screens for the much-anticipated wedding of Prince Harry to the American actress Meghan Markle, gushing at the castle-and-carriage-ride spectacle straight out of a fairy tale. Never mind that few people outside of the United Kingdom understand the first thing about the British Royal Family or the U.K. itself. For example, you probably think that Elizabeth II is the Queen of England.

Don’t worry, I thought the same thing before researching this article. I also thought that the United Kingdom and Great Britain were the same thing. And that the terms British and English were interchangeable. Why did I think those things? Because I’m an American.

With some embarrassment, I called my brother-in-law Tim Bleakley, a British expat living in California, expecting him to lampoon my ignorance of basic geography and world history.

“No, it’s totally confusing!” he said to my great relief. “I’m British, and it’s confusing enough for me.”

Great Britain is the physical landmass that’s home to three of those countries: England, Scotland and Wales.

Northern Ireland, while part of the United Kingdom, is not part of Great Britain, because it’s located on the northern tip of Ireland, the island next door. See the map below. 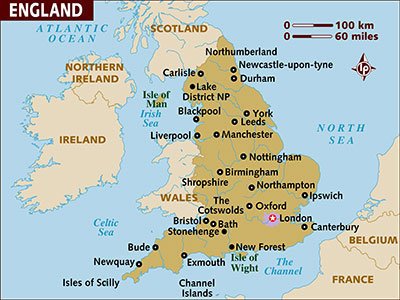 Still with us? Good, but you’re not out of the briar patch yet. Because there are still things like the British Olympic team, which goes by the name Team GB, short for Team Great Britain.

“They call themselves Team Great Britain, but they also include athletes from Northern Ireland, which isn’t really part of Great Britain,” says Tim. “They deliberately fudged it.”

Apart from the geographical confusion, there’s the issue of governance. The United Kingdom is a nation-state or “sovereign state” made up of four countries. But those countries aren’t countries in the way that most Americans think of countries, as fully independent entities.

Ben Johnson, an editor at the history and travel website Historic U.K., says that in many ways it’s useful to think of England, Scotland, Wales and Northern Ireland as the equivalent of states in the U.S. with the central U.K. Parliament in London acting like the federal government in Washington, D.C.

But Johnson says that ultimately the “state” analogy falls short of capturing the full complexity of a thousand-plus years of invasions, empires and royal wranglings.

For example, Scotland joined England and Wales to form the Kingdom of Great Britain in 1707. Before that, Scotland had its own parliament, its own monarchs (mostly) and independent self-governance. But it gave all that up when it united with England and Wales. For the last three centuries, Scotland’s only claim to self-rule was sending local representatives to Parliament in London.

Incredibly, Scotland didn’t regain some measure of local governmental control until 1999, when the Scottish Parliament was finally restored. That’s the same year that Wales launched its own National Assembly, which is similar to a parliament, but with less political power. The Northern Ireland Assembly was formed one year earlier in 1998 as part of the Good Friday Agreement.

England, oddly enough, has no sovereign legislature of its own. So, until 20 years ago, none of the member countries of the U.K. had independent lawmaking bodies outside of Parliament, and one of them still doesn’t. In that way, the countries of the U.K. are even less independent than U.S. states. (The Union Jack, the flag of the United Kingdom, is itself a literal “union” of the three flags of the kingdoms of England, Scotland and Ireland. Wales was never officially a “kingdom,” so its flag was left out).

“But there’s such a history associated with the different component countries, it would be doing them a disservice to call them anything less than their own separate countries,” says Johnson.

Which brings us to the question of national identity in the U.K. and the biggest mistake that Americans often make when speaking with folks from the other side of the pond.

As my brother-in-law Tim explains, all citizens of the United Kingdom are considered British, whether or not they live on the actual isle of Great Britain. So, it’s technically kosher to call someone from Scotland, Wales or Northern Ireland “British.” Whether or not they identify as British is another question.

“Someone from Scotland would probably say, ‘I’m Scottish first and British second,’ and the Welsh might do the same,” says Tim. “Whereas the English are more likely to say they’re British first and English second. That’s due to historical subjugation of those other countries. The English, which were the ruling power, consider themselves to be British, whereas the Scots and Welsh want to preserve their original identity.”

(Scotland famously held a national referendum on full independence from the United Kingdom in 2014, but it didn’t pass. A second referendum is widely expected.)

What non-Brits should absolutely avoid in all circumstances is calling someone “English” who is not from England.

“If you meet somebody from Northern Ireland or Scotland and say how much you enjoy their English accent, that’s probably the biggest no-no,” says Johnson, himself born in Scotland, but raised in England (with an English accent).

For those keeping score at home, the two major takeaways from today’s lesson are: 1) Don’t substitute Great Britain for the United Kingdom unless you’re talking specifically about a hunk of land, and 2) When in doubt, say “British.”

And what about the claim that Elizabeth II is not the Queen of England? It’s true (technically). The 92-year-old monarch is Queen of the United Kingdom, not just England. Even better, she’s still recognized as the Queen of 15 Commonwealth nations that used to be part of the British Empire, including Australia, New Zealand, Canada and Jamaica.

The term the “British Isles” incorporates Great Britain, Ireland and surrounding islands, such as the Isle of Man, the Hebrides and the Channel Islands. Although it’s a geographic phrase, it’s becoming controversial since not all the countries/land masses covered are part of the United Kingdom.