Prepare For Change
Home ARCONTES Government’s Own Jobs Report puts Number of Unemployed at about 32% in... 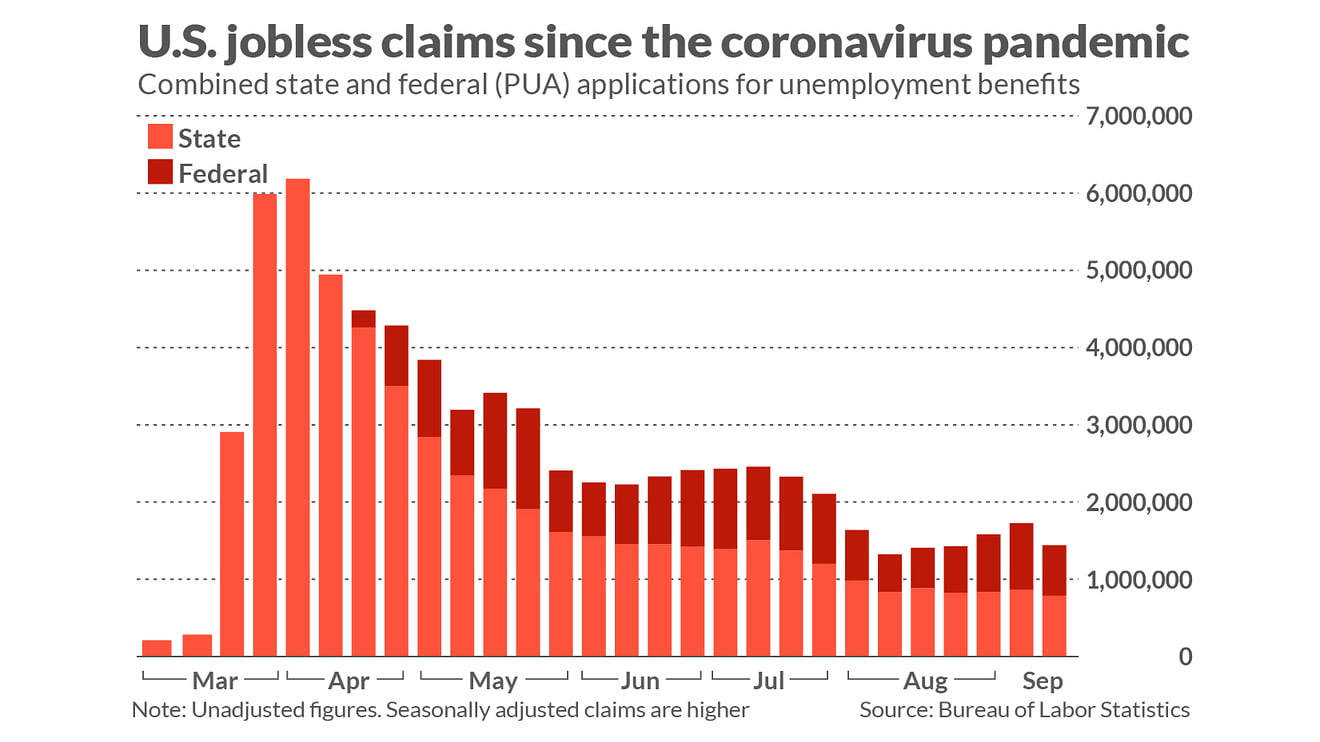 This Friday the Bureau of Labor Statistics (BLS) released it’s monthly employment report. I’ve long had a problem with the numbers this government agency puts out. Over the years they have been brazenly manipulated and much of the data it purports to show isn’t much more than a glorified guess. The report is made up of at least two elements; first the household survey from which it gets the official unemployment rate (7.9% for September) and second a so-called establishment survey.

The first is just what it sounds like, an in person or telephone survey of US households compiled to figure out what proportion of workers in the labor force are employed. By contrast the establishment survey is a combination survey and guesstimate. The first element surveys about 144,000 business establishments and government agencies compared to the about 32,500,000 businesses that used to be estimated to exist in the US; collecting data on numbers of workers at each firm, their hours worked and earnings. The second element is essentially a fancy formula used to guess at the number of new business establishments created or destroyed in the unsuryed segment of the economy. (Note: It is likely the number of surveyed firms has also declined with the downturn.)

From here the BLS comes up with an average number of jobs created or destroyed with all of these firms, giving us by far the biggest part of this figure in this survey. (+661,000 in September). But these numbers don’t capture the whole picture. First because they only survey workers considered in the labor force as noted above. This means workers who have been out of work for a period considered too long by the government and whos unemployment benefits have run out are no longer counted as unemployed, which affects the laborforce participation rate (at 61.4% for September).

According to this segment of the report the leisure and hospitality sector contributed the most to the month’s job gains (+318,000). This was followed by the retail trade (+142,000), 40,000 of which was in food services and drinking places. This may reflect some element of reality as only about a third of small businesses nationwide, which include many eateries and most bars, are still shutdown. Next came the retail trade (+142,000) followed by health care and social assitance (+108,000). Employment fell in government (-216,000), private education (-69,000), and was little changed in mining (+1,000).

Second all data in this report is SEASONALLY ADJUSTED; which sounds like a means to take seasonal factors into account when calculating its data, but ts really a practice by which they create long-run averages to compare current data to. Any deviation above the average is considered growth while any deviation below this average is considered a contraction. The downside to this is that it can misrepresent the actual situation. Say the economy’s been in a slump for a prolonged period and the average of jobs lost each month is -300,000. Then any number above -300,000, even if still negative at say -100,000, because it’s above the long-run average is still counted as a positive number with 200,000 jobs created in this scenario. While if the number were really -400,000 for a given month it would be ADJUSTED to a loss of merely -100,000. The same goes for positive numbers; with an average of +300,000 jobs a month any number above that, say +400,000, is ADJUSTED to show a positive 100,000, while anything below that is considered negative. For example +200,000 jobs a month is actually ADJUSTED TO A -100,000. The same sort of averaging also applies to the unemployment rate and all other economic date from the government. So we can see how unreliable much of this data is.

Additionally this month the BLS reported that “[t]he collection [i.e. response] rate for the establishment survey was 70 percent in September, 5 percentage points lower than the average for the 12 months ending in February 2020. The household survey is generally conducted through in-person and telephone interviews. However, for the safety of both interviewers and respondents, in-person interviews were conducted only when telephone interviews could not be done. The household survey response rate was 79 percent in August, considerably higher than the low of 65 percent in June but below the average rate of 83 percent for the 12 months ending in February 2020.” (September BLS Report pg.6) So the data that gives us the official unemployment rate, while flawed, is also incomplete. A question that arises given this quote is why the reponse rate for the August Household Survey is given insread of that for September. Is this a clerical error or is September’s response rate lower than they’d like to admit?

Meanwhile ”[s]ince March, household survey interviewers have been instructed to classify employed persons absent from work due to temporary, coronavirus-related business closures or cutbacks as unemployed on temporary layoff. BLS and Census Bureau analyses of the underlying data suggest there still may be some workers affected by the pandemic who should have been classified as unemployed on temporary layoff. However, the share of responses that may have been misclassified was much smaller in July, August, and September than in prior months.”“For March through August, BLS published an estimate of what the unemployment rate would have been had misclassified workers been included. Repeating this same approach, the overall September unemployment rate would have been 0.4 percentage point higher than reported. However, this represents the upper bound of our estimate of misclassification and probably overstates the size of the misclassification error.” (September BLS Report pg. 6)

A better if still imperfect measure of the jobs situation can be found in a measure in the BLS report called the Employment-Population Ratio. This number, if still seasonally adjusted, tries to compare the actual number of people with a job to the entire working age population of the United States. Unfortunately it fails to take into account the number of say stay at home mothers, who actually are not in the labor force, but in our modern world this is such a rarity that statistically it shouldn’t impact the overall data too much. However neither does it take into account the number of retirees. This is easily corrected by finding what percent of the population is retired and subtracting it from the remaining number of people without a job. In this month’s BLS report the EMPLOYMENT-POPULATION RATIO IS A SEASONALLY ADJUSTED 56.6 (+0.1 in September). THAT MEANS 43.4% OF PEOPLE 22 AND OLDER ARE WITHOUT A JOB. IF WE SUBTRACT THE ABOUT 14% OF THE POPULATION THAT RECEIVES SOCIAL SECURITY WE GET A RATE OF JOBLESSNESS AT 29.4%.

Though this figure isn’t modified to count disabled adults who’d like to work, elder workers collecting Social Security but who still have to work, or people who really aren’t disabled but added to the Social Security rolls during the Great Recession to keep them out of the unemployment figures. WHEN WE CONSIDER ALL THESE PEOPLE THE ACTUAL REMAINDER FROM THE EMPLOYMENT-POPULATION RATIO IS PROBABLY NEARER 32.4. THAT IS TO SAY ABOUT 33% OF WORKING AGE AMERICANS ARE WITHOUT A JOB. This is a far cry from the 7.9% unemployment rate reported by the government.

Below is a link to this month’s employment report for any that are interested. www.bls.gov/news.release/pdf/empsit.pdf