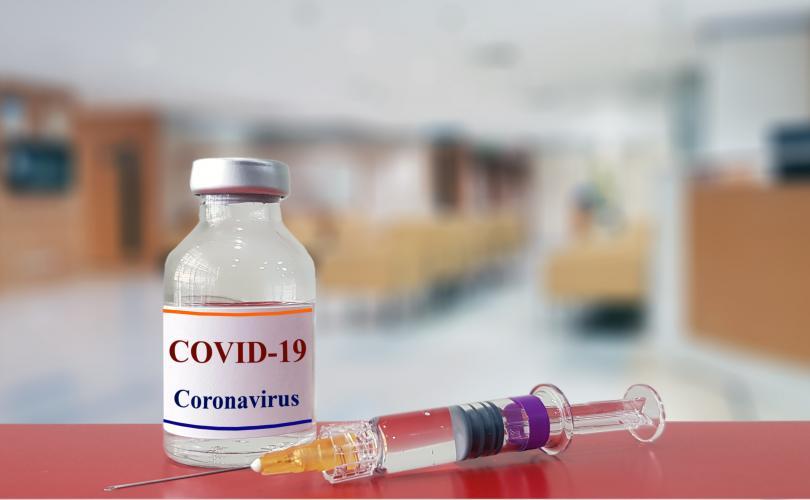 This is the second time that trials for a coronavirus vaccine using a cell line developed from tissue from an aborted baby have been halted due to a serious medical concern.

NEW BRUNSWICK, NJ, October 14, 2020 (LifeSiteNews) — Clinical trials for one of the leading potential coronavirus vaccines, which uses cell lines from an aborted baby, have been temporarily paused due to a serious medical complication in one of its participants.

Johnson & Johnson (J&J) released a statement on behalf of their pharmaceutical division Janssen Monday announcing they “have temporarily paused further dosing in all our COVID-19 vaccine candidate clinical trials” due to the development of an “unexplained illness” in one individual.

This pause effects all trials of the J&J vaccine including Janssen’s large-scale Phase 3 clinical trial which began on September 22 and anticipates the enrollment of 60,000 volunteers and 215 research sites.

Though the specific participant’s illness has not been released, it is being evaluated by an “independent Data Safety Monitoring Board” as well as the corporation’s “internal clinical and safety physicians.”

The J&J statement insists that such adverse events “are an expected part of any clinical study, especially large studies” and they have “prespecified guidelines” which provide protocols for pausing such trials when they face a “serious adverse event.”

However, the halting of these clinical trials occurs with a background of concerns raised among experts regarding the potential risks of rushing coronavirus vaccines to the end user in a matter of months, a process which would normally require years to achieve.

Due to the tight timelines required by the Trump Administration’s Operation Warp Speed, the Food and Drug Administration has permitted these potential vaccines to be directly tested on humans without first completing the necessary animal testing to ensure safety and efficacy.

Further, this particular vaccine from J&J utilizes the human fetal cell line PER.C6 for its development. The PER.C6 fetal cell line was derived from retinal tissue taken from an 18-week-old baby boy who was aborted in the Netherlands in 1985 and was later converted into a fetal cell line in 1995.

Dr. Alex van der Eb, who developed the PER. C6 cell line, told FDA hearings in 2001 that the cell line was developed from retinal tissue from an 18 week old preborn baby.

“I isolated retina from a fetus, from a healthy fetus as far as could be seen, of 18 weeks old. There was nothing special with a family history or the pregnancy was completely normal up to the 18 weeks, and it turned out to be a socially indicated abortus – abortus provocatus, and that was simply because the woman wanted to get rid of the fetus…what was written down was unknown father, and that was, in fact, the reason why the abortion was requested.”

This is the second time that trials for a coronavirus vaccine using a cell line developed from tissue from an aborted baby have been halted due to a serious medical concern. Last month AstraZeneca, which is using the HEK 293 cell line, announced a “voluntary pause of vaccination across all trials” due to what the New York Times reported from their sources to be “a diagnosis of transverse myelitis, an inflammatory syndrome that affects the spinal cord and is often sparked by viral infections.” Though the studies in the U.K. have now resumed, according to The Wall Street Journal, they remain “on hold” in the U.S.

Between March and August of this year, the Trump Administration’s Department of Health and Human Services announced the granting of almost $1.5 billion to Johnson & Johnson for the development, testing, manufacturing, and delivery of 100 million doses of this vaccine with the option to purchase more.