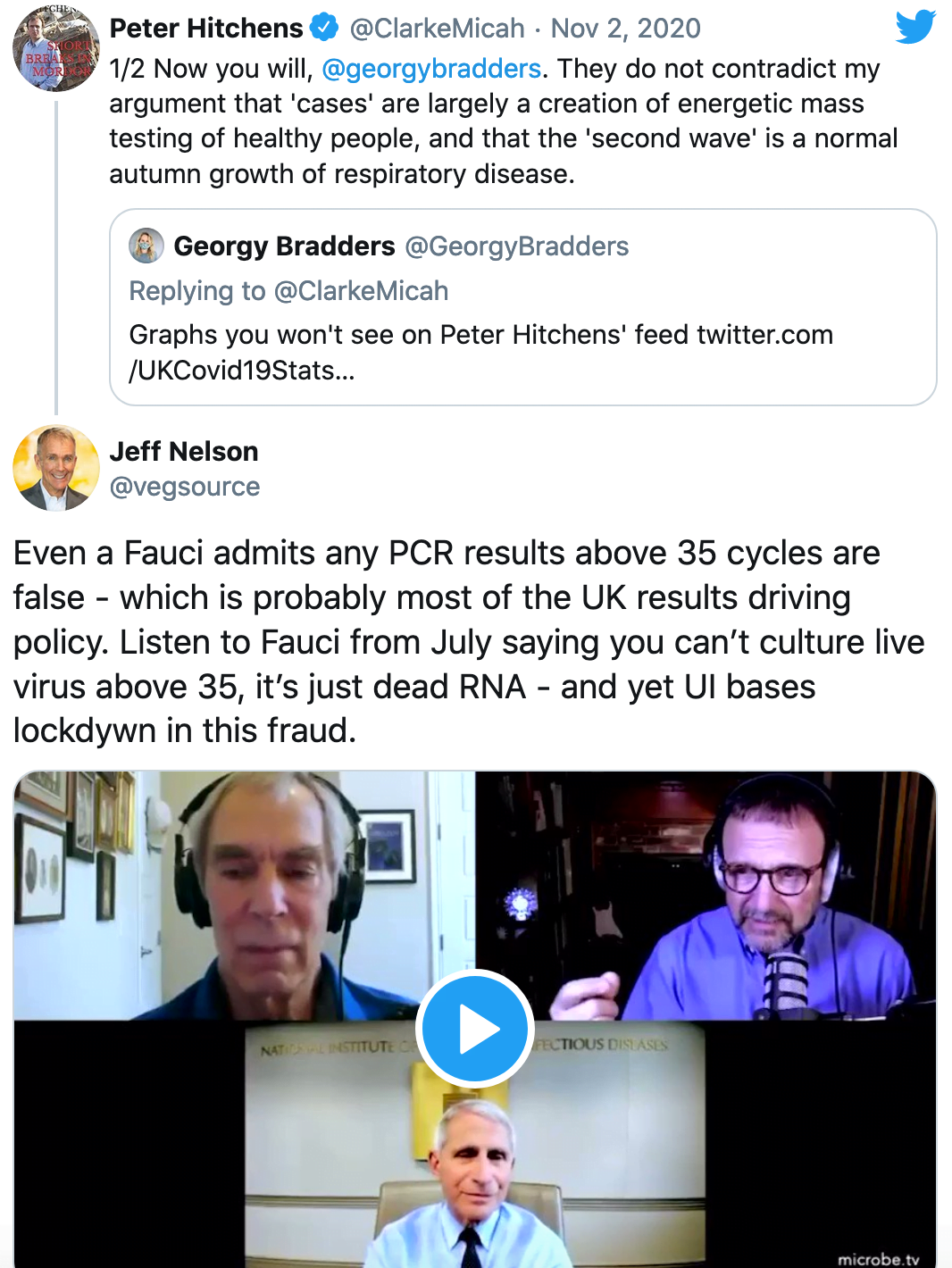 Whether you live in the USA or most of Europe, one thing remains true: Covid-19 testing regimes are being aggressively pushed onto populations.

Masked populations in some countries have been told (again) they cannot leave their homes. Economies and personal lives remain stunted and manipulated by government edicts. The ticket to a ‘new normal’ freedom has been dangled: A PCR Covid test.

In February, according to NPR, an internal review at the Centers for Disease Control and Prevention (CDC) confirmed Covid tests could be wrong 33% of the time – but CDC sent them out across the country anyway.

But that’s not the whole story of the CDC’s issues with quality control. Timothy Stenzel, director of the Food and Drug Administration’s (FDA) Office of InVitro Diagnostics and Radiological Health, visited the CDC’s respiratory disease lab and found sloppy lab protocols.

Months latter, Stenzel’s own agency was disgraced as they approved tests for Emergency Use Authorization without even the most basic vetting. The FDA’s policy required only that companies attest their product was valid and labeled as unapproved. The result was a flood of 170 tests—many from China, which only complicated the problem.

That’s bad, but here’s the real story. The ‘mainstream’ narrative was allowed to change on August 29th, when the NY Times published Your Coronavirus Test Is Positive. Maybe It Shouldn’t Be.

The article touched on ideas that, up until then, were only considered to be spread by ‘conspiracy theorists’ peddling censorable ‘misinformation.’ The issues: false positives and no way of determining the amount of virus in someone’s body. The test provides little if any sense of how contagious a person may be. If they even have the virus to begin with!

The polymerase chain reaction (or PCR test), amplifies viral RNA using multiple cycles to produce a detectable amount. The cycle threshold (CT) value is the number of cycles necessary to spot the virus. The false positives come down to a question of testing cycles.

From the NY Times: “Most tests set the limit at 40, a few at 37…The C.D.C.’s own calculations suggest that it is extremely difficult to detect any live virus in a sample above a threshold of 33 cycles. Officials at some state labs said the C.D.C. had not asked them to note threshold values or to share them with contact-tracing organizations.”

Dr. Anthony Fauci recently echoed the previous findings, long-reported by the independent media and other lone voices. Despite open knowledge of false positives from high testing cycles, Dr. Fauci made the unfathomable claim that it’s now “Sorta evolving into a bit of a standard.” Why is he now openly admitting what has been known for years?

Fauci added, “If you get a cycle threshold of 35 or more that the chances of it being replication competent are miniscule.” Got that, minuscule. Fauci didn’t stop there. “You almost never can culture virus from a 37 threshold cycle. So I think if someone does come in with a 37…38, even 36, ya gotta say, ya know, it’s just dead nucleotides. Period.”

After hearing Fauci, the next logical question for populations being held under lock and key is: What cycle thresholds are being run on the current Covid tests?

Investigative journalist Jon Rappoport writes, “What Fauci failed to say on the video is: the FDA, which authorizes the test for public use, recommends the test should be run up to 40 cycles. Not 35. Therefore, all labs in the US that follow the FDA guideline are knowingly or unknowingly participating in fraud.”

The NY Times investigation confirmed that officials at the Wadsworth Center, New York’s state lab identified positive tests based on a threshold of 40 cycles. Likewise in Massachusetts, “from 85 to 90 percent of people who tested positive in July with a cycle threshold of 40 would have been deemed negative if the threshold were 30 cycles,” writes the NY Times.

This is not just an American phenomenon. In August in the U.K., Tom Jefferson, Carl Heneghan and others at the Centre for Evidence Based Medicine asked Are you infectious if you have a positive PCR test result for COVID-19?

The team cited several studies and concluded, “limited data of variable quality that PCR results per se are unlikely to predict viral culture from human samples….The relation with infectiousness is unclear and more data are needed on this. If this is not understood, PCR results may lead to restrictions for large groups of people who do not present an infection risk.”

On two separate occasions, Jefferson and Heneghan attempted to warn UK Prime Minister Boris Johnson against the lockdown strategy. They called for a national program of testing quality control to ensure accurate, precise and consistent results, among other common sense ideas. The two had said they searched in vain for evidence that the tests in use in the UK have been independently validated. They further called for transparency around data showing how sensitive the laboratory processes have been.

In the UK, the reality of false positives is urgent. Johnson and his gaggle of tone deaf officials are rolling out mandatory testing for all residents of four towns and counting. The DailyMail reports, “around 1,000 soldiers will be deployed” to force more than 100,000 people to get tested. Those who have questioned the move are being banned from social media.

After looking at the mass testing proposal in Liverpool, Bristol public health consultant Angela Raffle told The Guardian, “Experience with screening tells us that if you embark on a screening programme without having carefully evaluated it first, without a proper quality-assured pathway, without certainty of test performance in field settings, without full information for participants, and without the means to ensure that the intervention needed for those with positive results does indeed take place, the result is an expensive mess that does more harm than good,”

With mortality rates well below anything seen at the height of the ‘first wave,’ mass testing programs are sure to artificially inflate [false] cases. This will give the government its much-needed excuse to continue the unscientific, harmful and inhuman lockdown treatments of their populations. Expect multilevel revolt in the weeks…or maybe even days…as civil disobedience escalates.