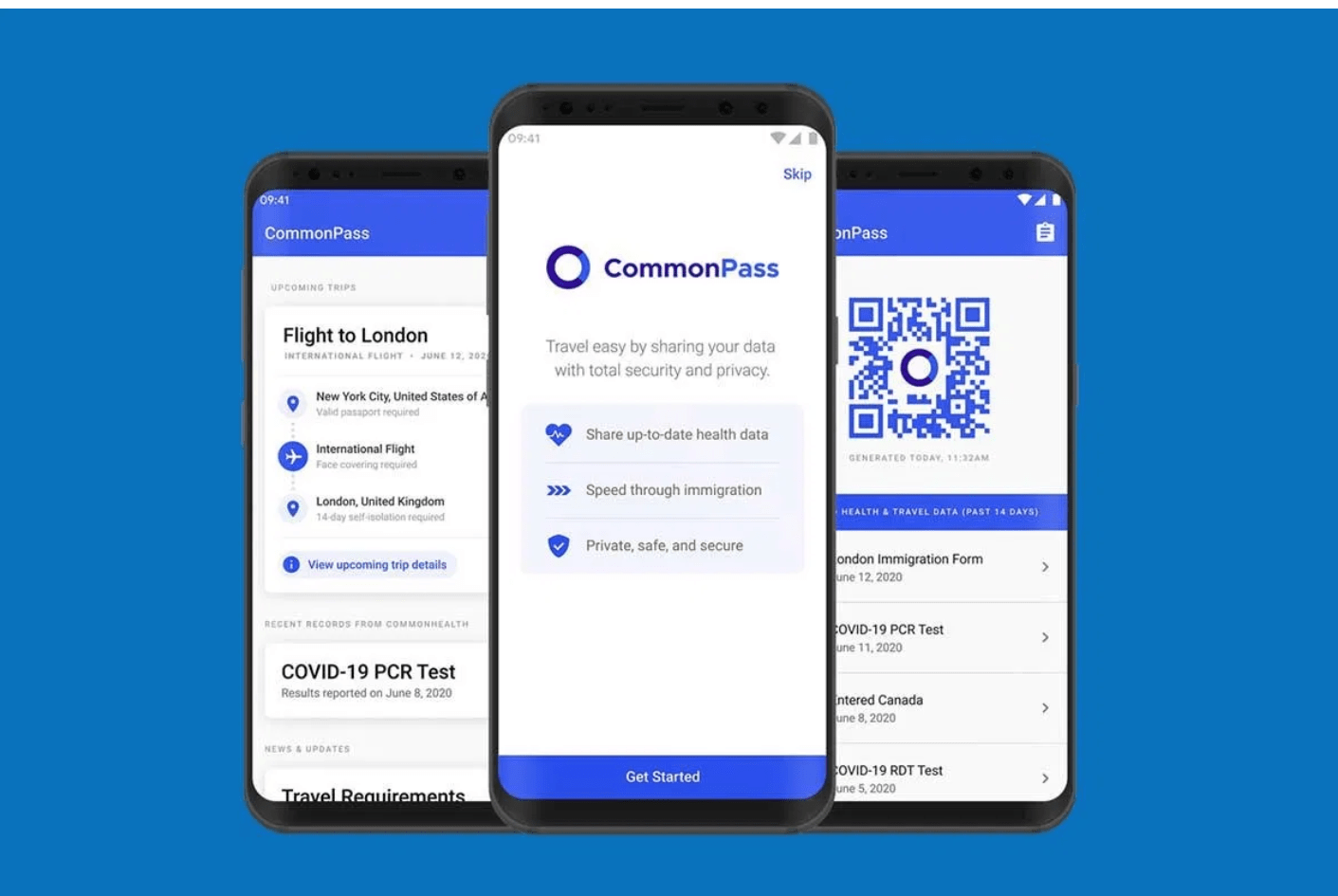 It has been over six months since Australia instituted a historic travel ban that prevents most people from leaving the country.

For many, that means six months of personal upheaval and separation from loved ones; for others, the frustration of unfulfilled wanderlust.

While Australia’s outgoing travel restrictions are among the most strict anywhere, all nations are struggling with how to move past blanket bans and resume international travel.

And some nations think they have the answer.

Germany, Italy, the United Kingdom, the United States and Chile are among the countries that are looking into so-called ‘immunity passports’ or ‘COVID-free passports’.

It is now being floated as a ‘solution’ that could unlock world travel sooner than a vaccine arrives.

In collaboration with The Commons Project, the World Economic Forum is supporting the development and launch of CommonPass, an initiative which aims to “develop a global, interoperable framework to safely restore cross-border travel to pre-pandemic levels”:

The app was developed by the Commons Project Foundation with the support of WEF, and it is hoped the digital passport will bring the countries of the world closer to reopening their borders.

According to the project, users would upload their coronavirus test results onto their phone, with the app generating a barcode to be scanned at the airport.

“Individual national responses will not be sufficient to address this global crisis,” the World Economic Forum’s Christoph Wolff said.

CommonPass will be used to streamline the process of entering a country from overseas.

And it has already started in some countries.

The CommonPass ‘health passport’ is now being piloted by a small number of passengers flying from the UK to the US under plans for an international framework for ‘COVIDSafe air travel’.

The world won’t have to wait very long until this process has become streamlined.

Recently, CommonPass has been tested on United Airlines flights between London and Newark, as well as Cathay Pacific Flights between Hong Kong and Singapore.

Volunteer travellers landing at Newark Liberty International Airport on United Airlines Flight 15 from London Heathrow used the CommonPass health pass on their mobile phone to document their COVID-19 status and share it with airline staff upon disembarking.

Officials from U.S. Customs and Border Protection and the Centers for Disease Control and Prevention (CDC) observed the CommonPass demonstration in Newark.

Gloria Guevera, President and CEO of the World Travel and Tourism Council, said:

“We are encouraged by the successful trial of CommonPass, and I am excited to be able to be here at London Heathrow to witness such a historic event,” Guevera said.

“CommonPass, along with other critical measures such as a standardised international testing protocol, is key to reviving the seriously ailing Travel & Tourism sector.“

The transatlantic trial followed a successful trial of CommonPass on a Cathay Pacific flight from Hong Kong to Singapore on October 6.

Paul Meyer, CEO of The Commons Project, says it is anticipated that following initial trials, CommonPass will be rolled out on other routes, including international travel to and from Australia.

“Following these successful trials with Cathay Pacific and United Airlines, we begin the rollout of CommonPass with more of the world’s largest airlines.”

No official announcement has been made domestically as of yet, given that Australia still has some of the strictest travel restrictions in the world in place, but interesting things are happening at airports.

In Australia, airports and airlines are installing futuristic technologies in preparation for when travel restrictions are finally eased. Let’s not forget facial recognition has already replaced passports.

Could this dystopian setting be a build up for a total linkage with immunity passports?

Either way, this is a plan that has been set in stone since the beginning of this so-called ‘pandemic’.

We are now seeing the beginning phases of a worldwide tracking system that will be linked to the health status of each and every individual.

The certificate lets individuals ‘prove’ (and request proof from others) they’ve ‘recovered’ from the coronavirus, have tested positive for antibodies or have received a vaccination, once one is available.

This has always been the agenda. Track and trace; identify the undesirables through deception.

Bill Gates, a man who has been at the forefront of a push for mass vaccination of the planet, has also floated the idea of ‘digital certificates’ that could be used to prove COVID-19 vaccination status.

“What we’ll have to have is certificates of who’s a recovered person – who’s a vaccinated person, because you don’t want people moving around the world where you’ll have some countries that won’t have it under control.”

Since this now-infamous Reddit Q&A was published, the idea of issuing some form of certificates to people who have ‘been sick with the virus’ — on the assumption they would be immune to reinfection — has been gaining ground in many places. Now, it is conspiracy no more.

Couple this emerging system with mass vaccine coercion in normal society, including as a potential  requirement for workplaces, and it is clear to see where this path is headed.

This isn’t about a ‘virus’. It is about herding the sheep towards mass vaccination.

Don’t have your digital papers to prove you have had it? Sorry, you must stay home.

Australia has already issued similar systems on the ground domestically, including the G2G Pass for entry into Western Australia or Tasmania, as well as border declarations for many states.

It is not beyond authorities to soon also adopt the CommonPass system to Australia.

Let’s not forget about the potential of barcoded tattoos to be included in the doses.

Thankfully, Bill Gates has recently acknowledged that “wild” conspiracies are a “new phenomena” that might upset the rollout of the COVID-19 vaccine.

Let’s hope so — and let’s hope society rejects the idea of vaccine certificates and immunity passports to prove you haven’t come into contact with a virus. One that can’t be isolated.

If informed citizens continue to push back, we can make sure the boogeyman doesn’t appear again.