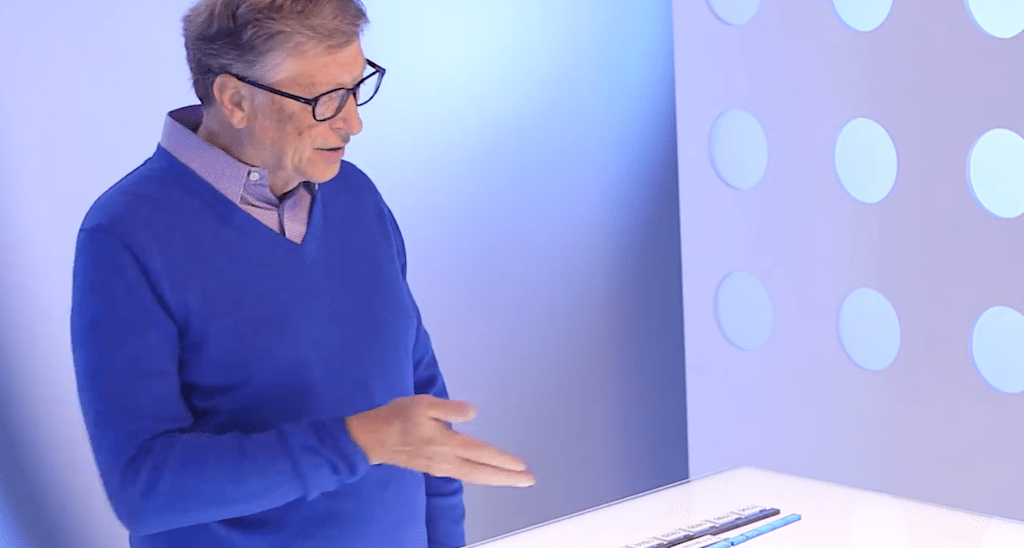 Writings and links below provided by contributing reader Tim:

Here are two documentaries that expose the true motivations of Bill Gates & friends behind their compulsory vaccination campaign for all.

But first some interesting information that I found from another source.

Dr. Lorraine Day is a recognized physician in the US. At 85, she is still very active. Like us, she is against all Cabal manipulations. In this interview she explodes many myths about vaccines and shows that they are not at all effective. It gives many sharp arguments to counter the theses put forward by our “experts” and politicians.

She says that in her youth, when a child caught measles, for example, parents invited other parents in the neighborhood to come and expose their children. After a few days of fever, the children were vaccinated for life. Children are much more resistant and it is better than to wait until adulthood to catch it. It is popular wisdom in action.

The explosion of infectious diseases at the end of the 19th century was due to the industrial revolution when people left the countryside to settle in the city with unsanitary working and housing conditions. With the passage of laws on working conditions and housing, the incidence of these diseases fell by 95%, long before the arrival of vaccines. And when the vaccines arrived like polio, 50% of the cases detected were due to the vaccine itself and not to the disease it was supposed to cure. In short, vaccines do not cure anything.

Dr. Lorraine Day AIDS Expert: The Plandemic Was Designed To Usher in the NWO and the Noahide Laws To Depopulate the Planet And To Make Everyone Pay For It!

Now to the subject that interests us.

In this Corbett Report: Bill Gates and the Population Control Grid, the journalist explodes the myth of Bill Gates, the savior of humanity! Behind this facade of great humanitarian, hides their real objective of setting up a control grid from which no one can escape. He takes archival videos to let all these modern saints speak, then dismantles their arguments one after the other.

He begins with the famous secret reunion in 2009 with Gates and his billionaire buddies: Soros, Rockefeller, Warren Buffet (the richest man on the planet) and a few others. At the end they concluded that it was necessary to take measures to reduce the world population and committed several tens of billions of dollars to achieve their goal.

Then little by little Corbett lifts the sail on this plane which leaves Machiavelli far in the rearview mirror.

Gates presents his immunization plan in developing countries with the argument that better health will lead to economic growth, which in turn would reduce the need to have large families with population reduction as a goal. So, a laudable goal at first glance. Until the Philippines and Kenya accused him of including sterilizing agents in his vaccines. From another source I learned that Gates’ father, a wealthy and very influential man was also a eugenicist. A significant influence for the rest of the career of our dear Bill.

Then Corbett takes the example of India where a friend of Gates started a program to chip the entire population of more than a billion beings, with the support of the government.

The goal of all these projects is to make it compulsory for each individual to have an RFID chip that would allow the authorities to scan them at any time to know their level of vaccination for example, with movement restriction to the key and many other things we don’t talk about yet. Then when we switch to a virtual currency, they will have the possibility of disconnecting the accounts of all the rebels who do not want to walk between nails.

The latest episode on Bill Gates’ real goal has just been released. What are the influences that shaped his thought and what are his real motivations, including the elitist ideas of his parents and the weight of the eugenics movement at the beginning of the last century. As in the previous section, Corbett returns to the ultimate goal of setting up a global system of control of which Gates is only one piece.

With the previous part, these two videos are the most comprehensive exposition of the world elite’s plan and are essential educational tools to guide the awakening of the people.

Corbett also says it in conclusion.

“There is no doubt that Bill Gates has worn many hats during his remarkable journey from his early days as the privileged son of a powerful Seattle-area couple to his current status as one of the richest and most influential people on the planet. But, as we have seen in our exploration of Gates’ rise as an unelected global health czar and advocate for population control, the question of finding out who Bill Gates really is, is not just a philosophical quest. Today we will attempt to answer that question by examining the motives, ideology and relationships of this man who played such an important role in shaping of the post-coronavirus world. ”