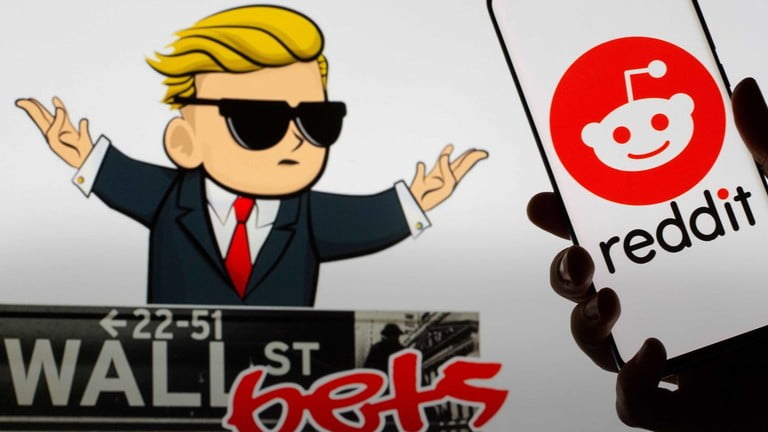 Amateur investors managed to beat Wall Street at its own game, so the rich and powerful swiftly made it clear that their favorite gambling parlor is not for the riffraff. If you missed that story, here’s a quick catch-up.

Potentially the biggest thing to rock the US financial system since the 2008 meltdown, it all started with GameStop, a bricks-and-mortar video game retailer. Already under pressure from the competing digital-purchase model, the firm found itself really struggling last year, with the lockdowns and subsequent economic slowdown severely affecting its business. Smelling the blood in the water, the Wall Street sharks started circling and shorting the company stock.

For those not familiar with financial market terms, shorting means betting that something traded in a market will fall in price and trying to capitalize on it. The speculator borrows the thing – GameStop shares, in this case – at an interest and sells it at the current price. When the price falls (naturally or with a bit of nudging from interested parties), they buy the thing and return it to whomever they borrowed it from, pocketing the difference.

However, if the gamble goes wrong and the price goes up, the speculator loses money. Since stock can be overshorted – with more shares borrowed by speculators than there exist on the market – any professional investor knows there is no limit to how much one can lose. If traders panic, they will try to cut losses and rush to buy at a raised price, fueling an even faster growth, which is called a short squeeze.

GameStop shares experienced a short squeeze this month, largely thanks to a Reddit community called WallStreetBets, which, as of now, has more than 5,6 million subscribers. Members decided the company was not doomed at all, based on some positive news, such as Microsoft agreeing in November to share with GameStop part of its digital revenues, or e-tailer billionaire Ryan Cohen investing in the company and then joining its board. Redditers took a contrarian strategy, buying GameStop stock and, thanks to their sheer numbers, pushing up its price.

Manipulation by the wrong people?

The big losers in the big squeeze were the hedge fund Melvin Capital and the investment consultancy Citron, both of which shorted heavily against GameStop. Melvin even needed a $2.75 billion bailout to close its positions. Neither was happy about the loss, but one could argue that the reaction from them and other top players would not be as strong as it was if they had been had by some other large player and not a bunch of self-described “degenerates.”

Stylistically speaking, WallStreetBets is the polar opposite of those well-compensated market creatures wearing expensive suits and moving about billions of their rich clients’ wealth. The Redditers compare themselves to members of the anonymous online board 4chan but with “a Bloomberg terminal illness,” post memes, and use lingo an outsider might view as crazy, and insist that nothing in their community constitutes “investment advice” – a disclaimer to ward off regulatory attention of the US Securities & Exchange Commission.

Predictably, the American financial elites have rallied to fix the situation. As GameStop stock skyrocketed this week, Nasdaq paused trading, saying it was necessary to stop “manipulation” by the amateur traders. The bourse’s CEO, Adena Friedman, went to CNBC to discuss whether more regulation was necessary – a notion that critics say would be angrily rejected if it were a Wall Street fat cat doing the manipulation.

The ire of the 1 percent seems to have materialized in a series of decisions limiting the ability of the WallStreetBets community to do their thing with GameStop stock and other assets they perceive as undervalued. Video messaging platform Discord banned the group for allegedly allowing “hateful and discriminatory content,” claiming the ouster had nothing to do with the short squeeze. It failed to convince many. The subreddit itself briefly became private, however, reportedly after being pressured by the website administration.

More astoundingly, trading app Robinhood shut down the buying of those stocks earmarked by the Reddit investors. The app, which touts itself as an everyman’s gate to the financial markets and was one of the primary venues for the community’s trade, claimed it was necessary to curb volatility and save clients from losing their investments. But many commenters believe it’s nothing short of market manipulation meant to shield shorting corporate types from further harm.

Fingers were pointed at the brokerage Citadel Securities, to which Robinhood outsources its trading and from which it received tens of millions of dollars in investments in 2020, as possibly having a hand. The company denied the accusations. Nevertheless, the app landed in hot water, with politicians from both sides of the political aisle condemning the move and calling for an investigation and a class-action lawsuit filed against it.

Despite the pressure, the mood at WallStreetBets remains upbeat and dare-devilish. People there are posting memes and calling on others “to hold the line” and keep squeezing. Contrary to what the establishment seems to think, anger and frustration rather than greed and boredom may be the driving forces here. To cite another popular meme, “It’s not about money, it’s about sending a message.”