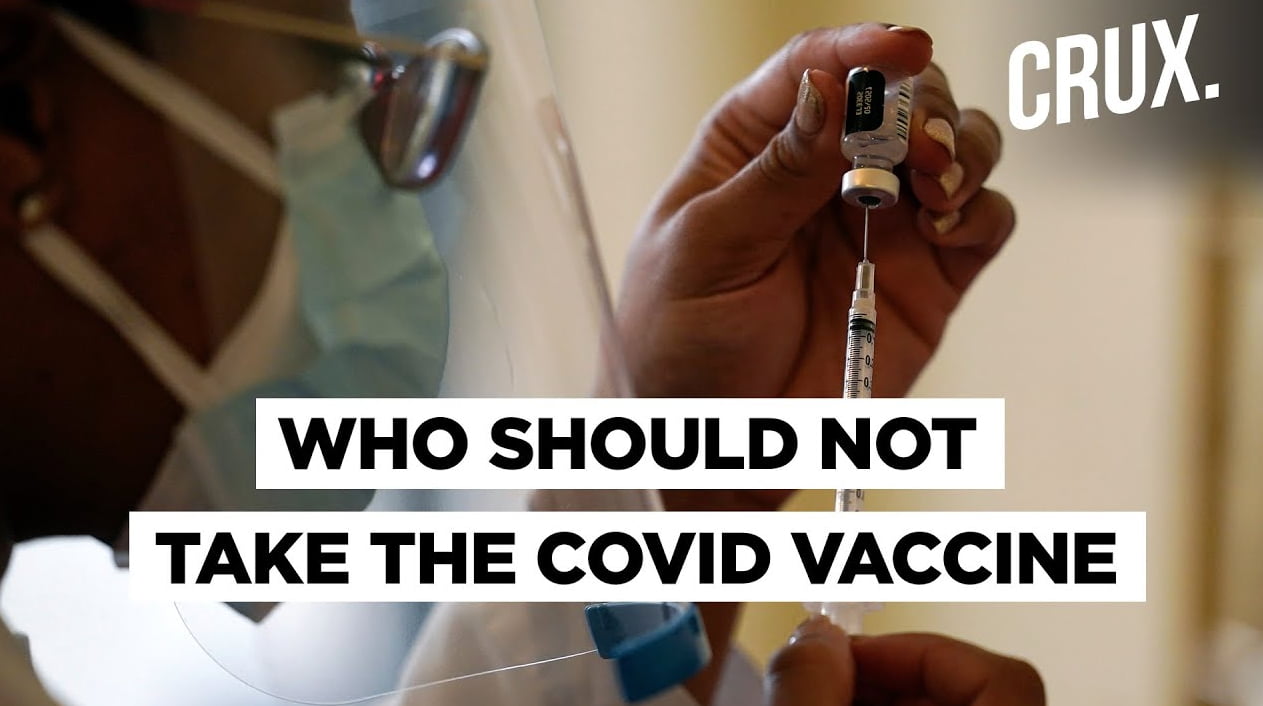 Repost of Article By The Daily Expose

The UK Government have released a report highlighting adverse reactions to both the Pfizer and Oxford / Astrazeneca that have occurred since the rollout began on the 8th December and it does not make for pleasant reading.

The report has collated data inputted up to the 24th January 2021 via the MHRA Yellow Card Scheme. At this point an estimated 5.4 million first doses of the Pfizer/BioNTech vaccine and 1.5 million doses of the Oxford University/AstraZeneca vaccine had been administered, and around 0.5 million second doses, mostly the Pfizer/BioNTech vaccine, had been administered.

But as predicted, with the rise in vaccines administered came a rise in adverse reactions with 49,472 reported reactions to the Pfizer vaccine and 21,032 reactions to the Oxford / Astrazeneca vaccine. For both vaccines this equates to 1 in every 333 people suffering an adverse reaction. This rate could actually be higher as some cases may have not been reported to the Yellow Card Scheme.

Thanks to the Pfizer vaccine, which uses MRNA technology to instruct human cells to carry out “a certain task” 5 people are now blind and a further 31 have had their vision impaired. In total there have been 634 eye disorders reported so far. Imagine being confined to the same four walls for over a year and not being able to see family or friends. Then getting excited because you naively think an experimental “vaccine” is going to give you your life back and allow you to see them once more. But then leaving without the ability to ever see anything ever again.

We told you on the 4th December how the UK Government admitted it did not know if the Pfizer vaccine had an impact on fertility, which must have really convinced any aspiring wannabe parents to have the vaccine. But that admission also included comments on pregnancy which were as follows –

There are no or limited amount of data from the use of COVID-19 mRNA Vaccine BNT162b2.
Animal reproductive toxicity studies have not been completed. COVID-19 mRNA Vaccine
BNT162b2 is not recommended during pregnancy. For women of childbearing age, pregnancy should be excluded before vaccination. In addition, women of childbearing age should be advised to avoid pregnancy for at least 2 months after their second dose.

Sadly there have also been 2 reports of spontaneous abortion after administration of the Oxford / Astrazeneca vaccine.

Then we stumbled on an even more shocking statistic. The Yellow Card Scheme has received 59 reports of death and 7 reports of sudden death due to the Pfizer vaccine. That’s 7 people just dropping dead immediately after receiving the “jab” as Mr Hancock loves to call it.

But the overall number of “Fatal Outcome” reports, aka “Deaths” due to the Pfizer vaccine as of the 24th January is 107. So that’s 5 people who are now blind, 21 who have suffered a stroke, 4 who have suffered a miscarriage even after the government advising, all be it in the small print, that pregnant women avoid the “jab”, and 107 who have sadly passed away, all as a result of receiving an experimental, emergency approved vaccine of which the manufacturers have absolutely zero liability in being held to account or compensating any adverse reactions.

We can also tell you that up to the 24 January 2021 the Yellow Card Scheme received 69 reports of Bells Palsy due to the Pfizer/BioNTech vaccine. Bell’s palsy is a condition that causes weakness or paralysis of the muscles in one side of the face. It is the most common cause of facial paralysis.

The Government have of course tried to explain away all these terrible side effects of the Covid vaccines. Within the report they stated the following –

“A high proportion of people vaccinated in the vaccination campaign so far are very elderly, many of whom will also have pre-existing medical conditions. Older age and chronic underlying illnesses make it more likely that coincidental adverse events will occur, especially given the millions of people vaccinated. It is therefore important that we carefully review these reports to distinguish possible side effects from illness that would have occurred irrespective of vaccination.“

And that, readers, is the definition of being a ‘Hypocrite’. Tens of thousands of people have died with underlying conditions within 28 days of a positive test for SARS-CoV-2, yet their death has been labelled as “Definitely Covid” and has been added to the Covid death statistics (Don’t believe us? See our in depth analysis of ONS and NHS data here). But of course we’re only allowed to use this method of counting deaths when it comes to Covid. Because when it comes to the vaccine we are being told that they probably died from their “Underlying Conditions” and should take any reports of death with a “pinch of salt”.

The problem with this being the method for calculating the former has resulted in the British people living under dictatorial tyranny for almost a year.

These are just the immediate side effects of the Covid vaccines, and only the ones that have been reported. We dread to think what adverse effects we might see in the long term.

Will you be having the “jab”?