Prepare For Change
Home ARCONTES FAMILY’S FARM RAIDED, THE ANIMALS KILLED – FOR REHABILITATING THEM WITHOUT A... 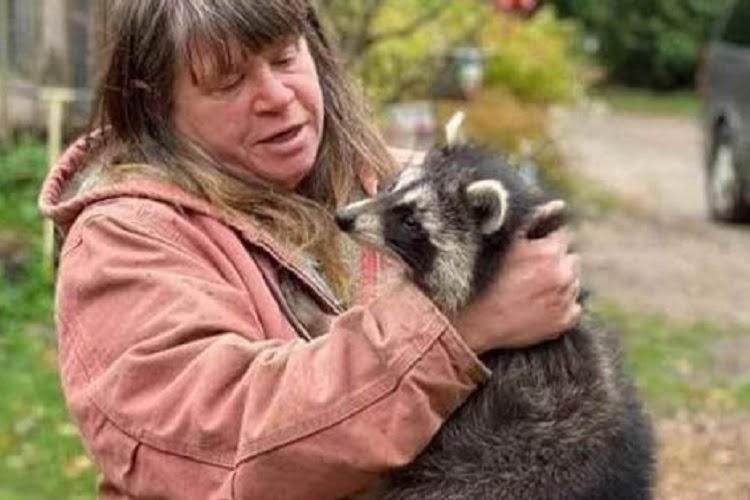 Petoskey, MI — A Michigan farm owner’s desire to help animals in need has landed her in jail and the animals she was helping, killed. Kei Ju Farm and Rescue owner Julie Hall did not pay the government for the proper permit before helping animals so officials arrested her and then killed her animals.

Because there is no animal rescue in Petoskey, for years, Hall has been rescuing both wild and domestic animals and nursing them back to health. She has years of experience in the field and has a farm where she carries out the rehabilitation. She was well-known in the community for providing this service.

“We have no more rehab centers up here. So this ole farm gal helps everyone,” Hall said.

Folks in her community say that Hall has saved countless animals over the years and has provided a much needed service in the absence of a Michigan Licensed Rehabilitation facility. However, a warrant was issued for her arrest last week because the government forces people like Hall to pay them first before rescuing animals.

Hall explained she has done this for years and she was known for providing her service. However, she says when an employee was caught stealing from her farm, that person became upset and lodged a false complaint with the Department of Natural Resources (DNR) in Petoskey.

After the complaint was lodged, Kei Ju Farm was raided by DNR agents who served her with an arrest warrant. The charge was for holding wild animals in captivity without permit.

“That Thursday, the DNR rolled in with four trucks. They knew exactly where all the animals were,” Hall said.

Unfortunately, the arrest warrant wasn’t the only thing these DNR agents brought. They also brought their guns and began killing all the animals Hall had been rehabilitating.

“They killed the deer right here on the spot,” Hall said.

Petoskey News reported the small deer was taken in as a fawn at the end of fall. At the time, the deer was only two weeks old. Hall had used milk from her goats to help the deer regain strength, and had a pen for it on the farm.

Despite the community supporting Hall for years, Lt. Jim Gorno of the District 3 division of the DNR says that Hall’s actions put citizens in danger.

“What happens is the wildlife is raised, sometimes if you let it go, they become a nuisance or even a disease issue here. Last fall, or a year and a half ago, there was a tamed whitetail buck that was in the Petoskey area that was causing issues,” Gorno said. “When it gets to mating season, it can be very dangerous to people and other animals. This buck was found and had to be euthanized because it was a danger to the public.”

Apparently, if you pay the state for a permit to rehab the animals first, this magically makes everyone safer.

“There is a permit that you get and you have to send it into the state of Michigan and Lansing Wildlife Division. Once you apply for this permit, somebody comes out and inspects your facility, makes sure you’ve got the correct facility,” Gorno said.

Because Hall had been doing such a good job of this for years — without a permit — people would bring her animals they found who were in need. Permit or not, clearly there was a demand for her services.

DNR agents also confiscated and killed animals that Hall planned on keeping as well, because they could not return to the wild.

“I kindly, broken-heartedly and gently handed him my animals. The only animal that threw a fit was poor Sassy. She didn’t know what was happening — she had Down syndrome and was a blind raccoon,” Hall said.

The DNR agents also killed Po, a one-legged crow a child had brought in — to keep everyone safe, of course.

“I am greatly saddened by the ignorance that comes out of folks brains,” Hall wrote in an impassioned Facebook post this week. “Anyone that knows me or has been to the farm knows the care of any animal is my priority. To even believe for one moment that a disabled animal is not given every chance to be able to safely return to the wild is absurd. None I repeat none were ever exploited. How dare anyone think that. None of this was about the animals it was about a volunteer that got caught stealing and got back at me by filling a complaint that I had wild animals. Animals I had loved and cared for for years.”

Unfortunately, because Hall was arrested and there is no government facility in the area, there will be no more animals rescued in Petoskey.

Hall’s niece is hoping to change that and has set up a GoFundMe account for her aunt. It has already passed its goal of $5,000. If you’d like to donate to Hall to help her in her fight against the bureaucracy, you can do so in the link below.