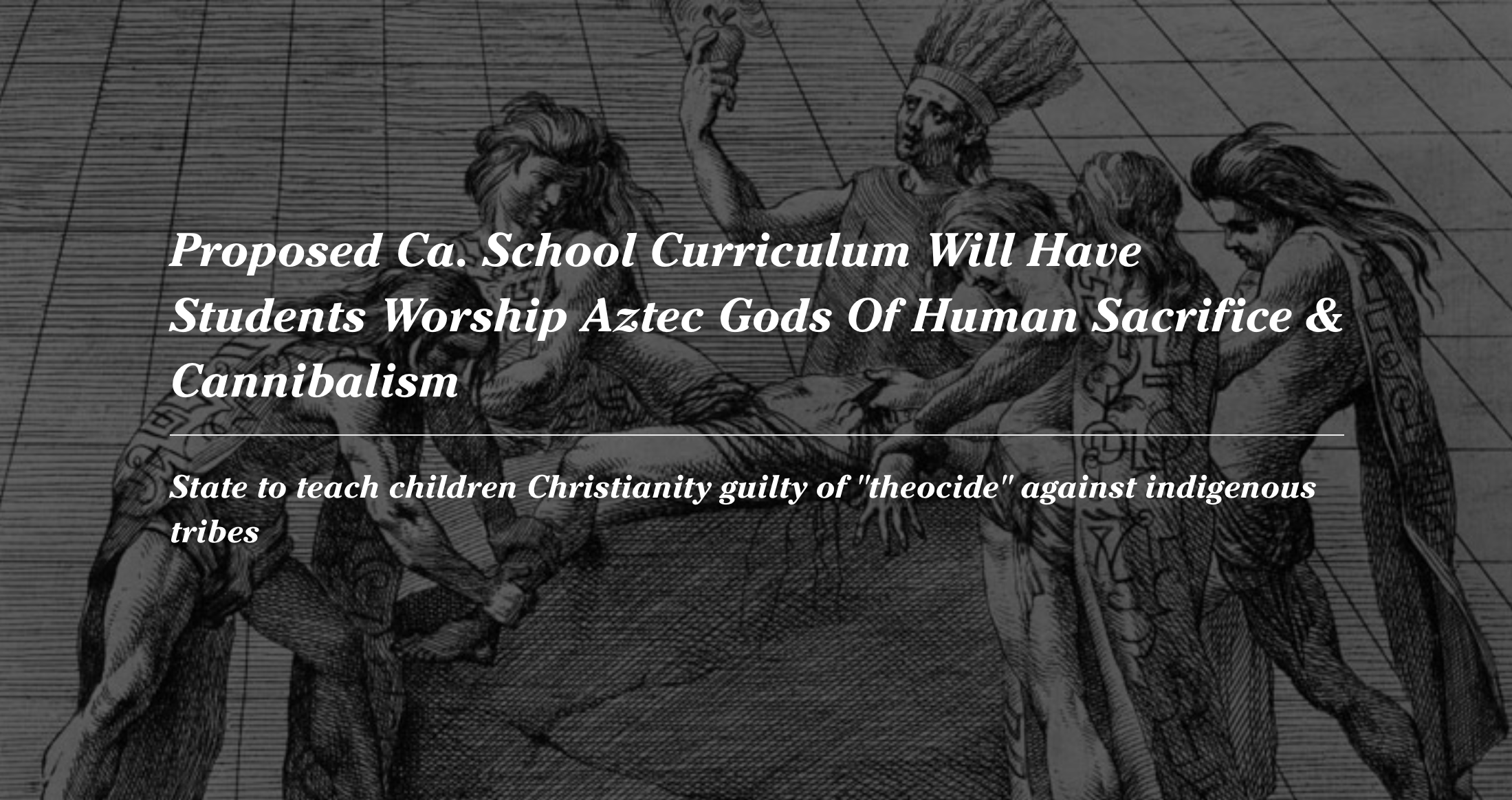 Controversial curriculum proposed by The California Department of Education will have students chanting the names of Aztec gods once worshipped in human sacrifice rituals.

Teachers are to encourage students to join “social movements that struggle for social justice” and to “build new possibilities for a post-racist, post-systemic racism society.”

Yes, that insinuates the current society we live in is a racist one.

Apparently, one way to eliminate racism is to teach young Californians that white Christians committed “theocide” against indigenous tribes by replacing their gods with Christianity.

Recent statistics from the state estimate around 16 million Christians live in California.

One chant, called the “In Lak Ech Affirmation,” is a prayer to the Aztec god Tezkatlipoka.

In the 5th month of the Aztec calendar, a man would be sacrificed to Texkatlilpoka by having his heart ripped out before he was eaten.

Quetzalcoatl, Huizilopochtli and Xipe Totec are other ancient gods mentioned in the chant.

The god of war and human sacrifice, Aztecs believed Huitzilopochtli needed blood as sustenance and killed countless people in his honor.

Aztec people made statues of Xipe Totec, which were ritually dressed in the flayed skin of sacrificial victims killed in his honor.

Footage out of a California school shows students extremely pumped up to recite the chant.

The curriculum claims, “chants, affirmations, and energizers can be used to bring the class together, build unity around ethnic studies principles and values, and to reinvigorate the class following a lesson that may be emotionally taxing or even when student engagement may appear to be low.”

The California School Board is set to review a draft of the curriculum next week.