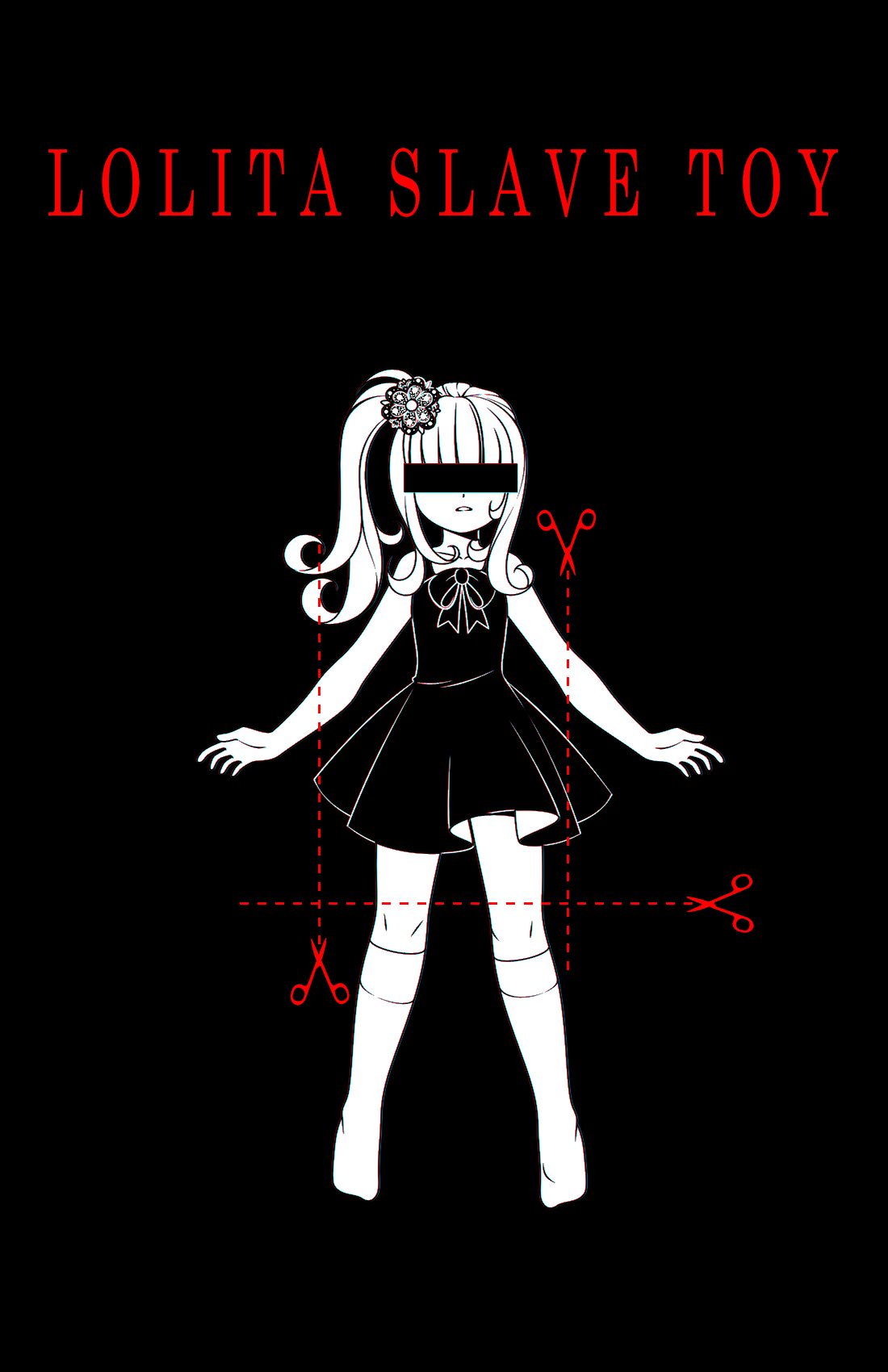 The blog/thread was published on 2011 and it is narrated by a surgeon that claims to be creating and selling Lolita slave toys. He specify how he transform young girls into manageable sex toys, saying that finally the girl cannot resist, walk or talk. That is just there for your sadistic amusement.

This man lives in one of those countries at the eastern outskirts of Europe. Poverty is enormous there, and unless you have money and connections you can’t pretty much do nothing in places there. Eastern Europe countries are well known also for having beautiful girls which some of them ends up in orphanages due to the poverty they faced in which their parents abandoned them. Some of them get adopted, but when they turn 8 or 9, Some of the prettiest girls get sold into prostitution, but there are a few that get into the hands of some sick person like this surgeon. He said that he prefer young girls ages 8 to 10 years old (Before getting into puberty) and he gets it on the orphanages which is very cooperative because they will have less mouth to feed. So, the orphanages sell this poor girls to this kind of people and because the girls are orphan, the orphanages doesn’t need to do any paper works and just sell it directly while erasing the existence of those poor child. At one point, after the surgeon bought this children, he said that he could cut them and sell their organs like kidneys, heart, etc., but he discovered a much profitable business which feeds the lustful desires of mankind. Guess what is he making?

Yes, he is turning little girls into sex toys. But this is just the beginning, He trades/sells them for money and They are NOT CHEAP. He sells them for only 30,000 to 40,000 US Dollars or ONE to THREE MILLION PESOS. How does he convert this girls into Sex Toys that cannot resist, walk or talk?

The process is really Simple. Based on the blog/thread, first, He will amputate their legs above the knees, then amputate their arms above the elbows. Then he will cut their vocal cords so they cannot shout nor talk and he will remove all the teeths so they cannot bite. Then the rest of the post simply specify how he breaks this girls and transforms them into submissive slaves ready for sale. He laser treat them so they can’t see, makes them hear loud music with headphones so eventually they won’t hear anything. And he do more inhumane things that destroy not just the physical aspect of the kids but also it’s whole being and transforming them into a Slave Doll. 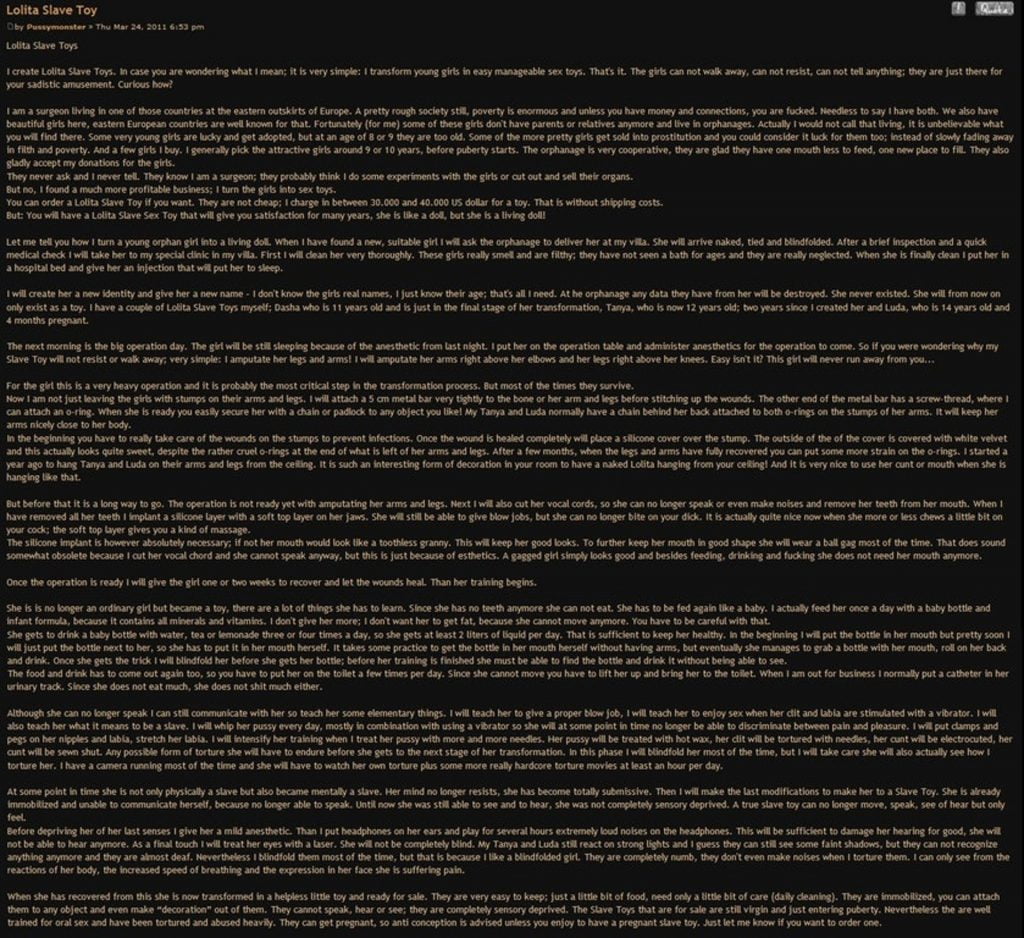 Here is the blog I read about Lolita Slave Toys. Just Zoom it in. If you want the original Link of the Picture. Here it is. (http://missaliciahart.deviantart.com/art/Lolita-Slave-Toy-Taken-from-The-Deep-Web-622483196) 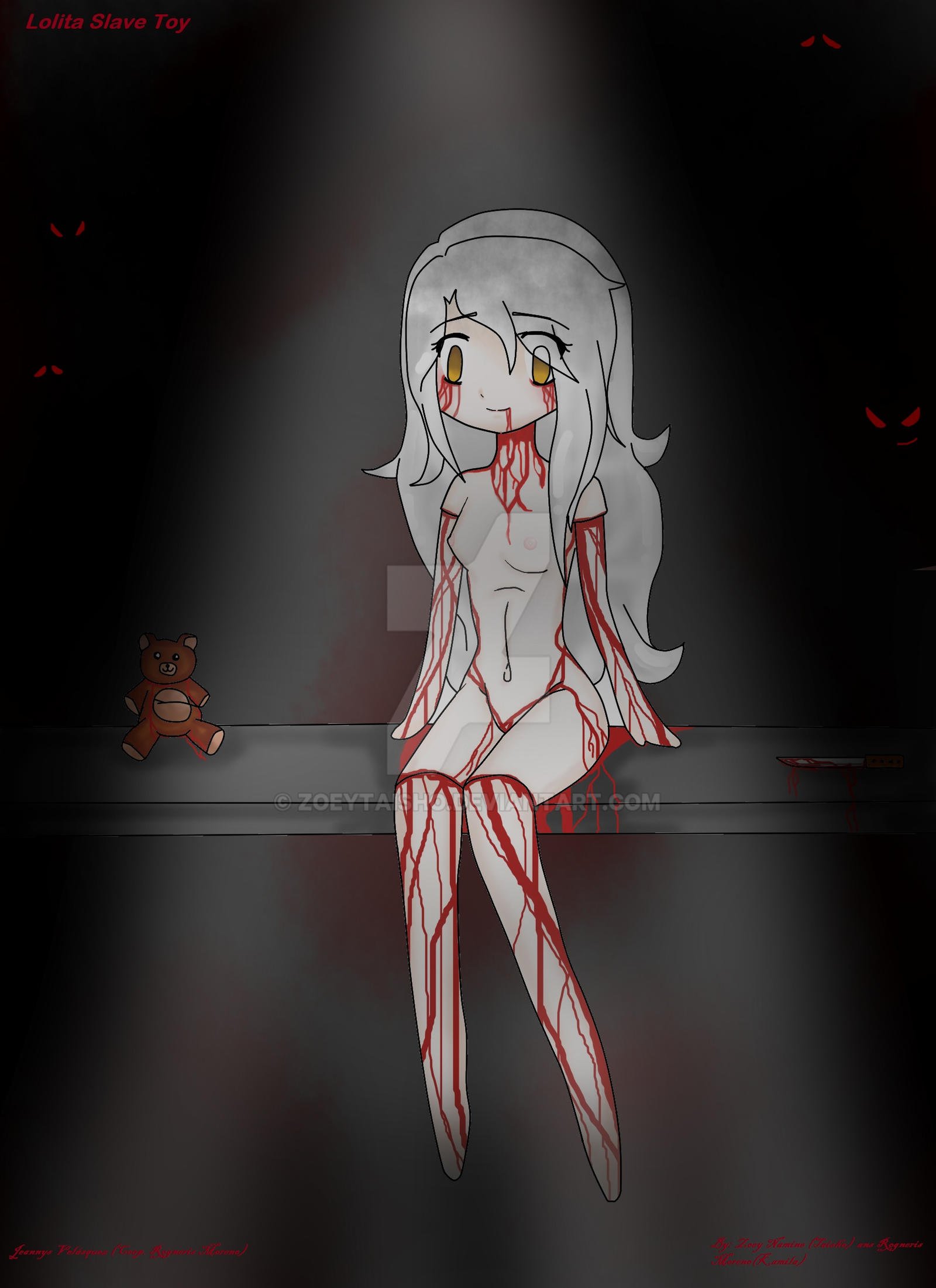