Prepare For Change
Home Awakening If Israel has committed no war crimes, then why does it refuse... 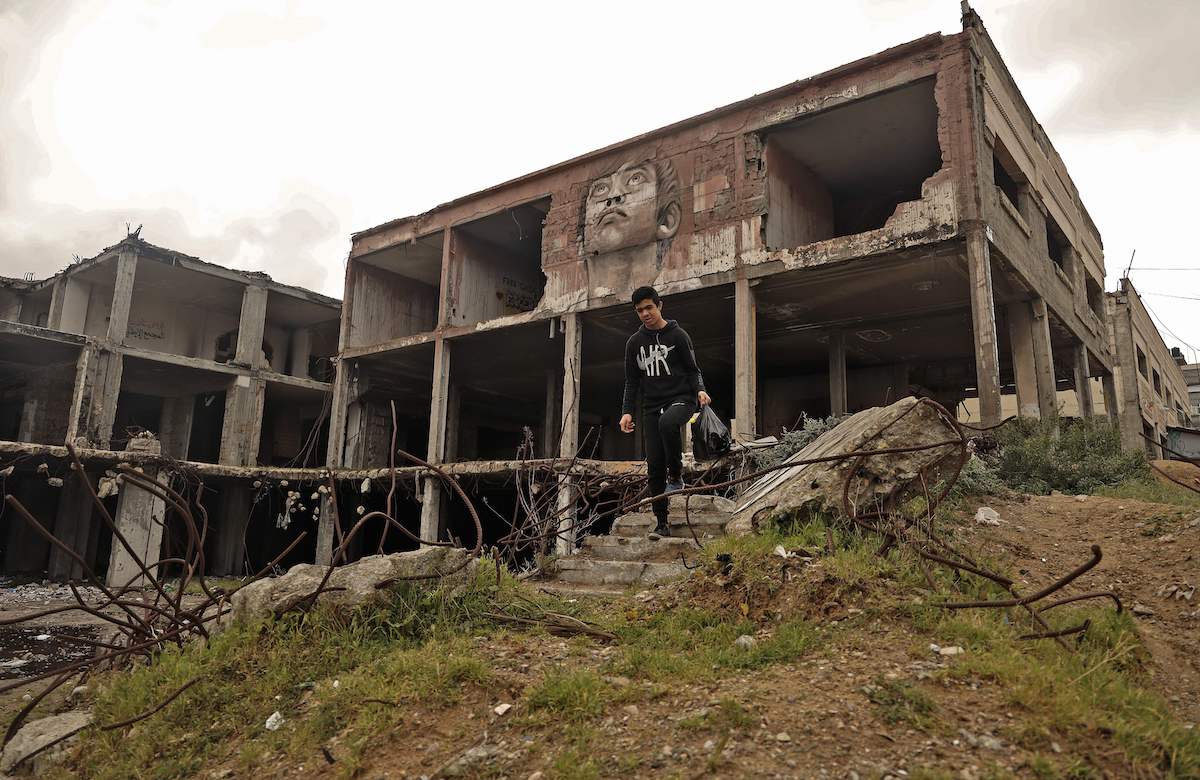 On 5 February 2021, Palestinians saw a long tunnel open and a light flicker in the distance for justice. The International Criminal Court (ICC) Pre-Trial Chamber I “decided, by majority, that the Court’s territorial jurisdiction in the Situation in Palestine, a State party to the ICC Rome Statute, extends to the territories occupied by Israel since 1967.” The ICC now has jurisdiction to investigate crimes the Palestinians say were perpetrated by Israel in the West Bank, East Jerusalem and Gaza. Court prosecutor Fatou Bensouda had previously called for investigations, saying there was “a reasonable basis to believe” war crimes had happened.

Reactions in both Palestine and Israel were as predicted. The Palestinians welcomed the decision. Palestinian Justice Minister Mohammed Al-Shalaldeh welcomed the ICC decision and considered it “historic”.

“The International Criminal Court decision is historic and means immediate commencement in investigating the grave violations on the Palestinian occupied territory,” Al-Shalaldeh said. He added that three files are prioritised for the court, the Israeli war on Gaza in 2014, the Israeli settlements, and the Palestinian detainees in Israeli jails.

Israel’s Prime Minister Benjamin Netanyahu denounced the decision in a written statement. “Today, the International Criminal Court has proven once more that it is a political body and not a judicial institution,” Netanyahu said. “In this ruling, the tribunal violated the right of democracies to defend themselves against terrorism, and played into the hands of those who undermine efforts to expand the circle of peace,” he added.

Anyone expecting a change of American position from the new Biden Administration was quickly disappointed. In a call with Netanyahu, American Vice President Kamala Harris told him that the US opposes ICC investigation into possible war crimes in the Palestinian territories, the White House said.

This followed an announcement by US Secretary of State Antony Blinken in which he said that Washington “firmly opposes and is deeply disappointed” by the ICC decision. He emphasised that “Israel is not a party to the ICC and has not consented to the Court’s jurisdiction, and we have serious concerns about the ICC’s attempts to exercise its jurisdiction over Israeli personnel,” Blinken said in a statement.

Israel would have been a little confused but certainly disappointed that the same administration recently lifted the sanctions on ICC personnel imposed by Biden’s predecessor, Trump in December 2020. Blinken’s team said: “These decisions reflect our assessment that the measures adopted were inappropriate and ineffective.” The administration continues “to disagree strongly with the ICC’s actions relating to the Afghanistan and Palestinian situations” and to object to ICC “efforts to assert jurisdiction over personnel of non-States Parties such as the United States and Israel.”

The US made this decision despite the investigations that may target US military personnel for crimes committed in Afghanistan. One might have expected Israel to follow suit and accept that the ICC is an independent court and that the chief prosecutor has painstakingly consulted before it was ruled that the court had jurisdiction over the Occupied Palestinian Territory and that it would investigate crimes committed by any party, including Palestinian parties going back to 2014. However, those familiar with Israel’s attitude to necessary external scrutiny won’t have been surprised with its formal rejection of the ICC decision to investigate its leaders’ crimes.

Israel is clearly worried about the ICC decision. Following a meeting of its top brass it decided to send a letter to the court to convey its refusal to cooperate. At the meeting were the prime minister, foreign minister, defence minister, strategic affairs minister, education minister, water minister, attorney-general, National Security Council head, and army Chief Military Advocate, among others.

Israel will not cooperate with the International Criminal Court’s investigation for alleged war crimes and will argue that the court has no jurisdiction to open the probe, consistent with Israel’s longstanding position. At the meeting, Netanyahu argued that “While IDF soldiers fight with supreme morality against terrorists that commit war crimes daily, the court in The Hague decided to denounce Israel”. “There is no other word for this than hypocrisy. A body established to fight for human rights turned into a hostile body that defends those who trample human rights.”

In the letter to be sent to the ICC, Israel will argue that it has its own ‘independent judiciary’ capable of trying soldiers who commit war crimes.

Palestinians would beg to differ as investigations by Israel of its own crimes have yielded no justice. Take the example of the investigation of the 2018 killing of 21-year-old Palestinian paramedic Razan Al-Najjar near the fence in Gaza. An Israeli investigation stated that “during an initial examination of the incident that took place on June 1st, 2018, in which a 22-year-old Palestinian woman was killed, it was found that a small number of bullets were fired during the incident, and that no shots were deliberately or directly aimed towards her”. Commenting on the investigation Al-Haq Human Rights organisation stated: “The hastily concluded preliminary examination highlights Israel’s inability to conduct an independent, effective and impartial investigation into alleged war crimes.” It further stated:

The Israeli military effectively operates with impunity. Between 2005 and 2009, out of 800 submitted complaints of war crimes, only 49 investigations led to indictments.

Israel therefore cannot be trusted to conduct its own investigations impartially and that is the reason why external investigation is needed. Furthermore, it has a history of denying impartial international investigating teams’ access to investigate potential war crimes going back decades.

In 2002, the Amnesty International team to investigate potential crimes committed by Israeli troops in the Jenin refugee camp were denied access to the camp. Professor Derrick Pounder, who was part of the three-person team sent to investigate human rights abuses, said: “The refusal to allow us to conduct or even to assist in enabling others to conduct such investigations is very serious and gives rise to questions about the authorities’ motives.”

In 2009 the team led by Judge Goldstone to investigate possible crimes committed during the 2008/9 war on Gaza was denied visas by Israel and had to enter Gaza through Egypt. His report eventually found Israel and Palestinian armed groups were guilty of war crimes. The report also referenced that Amnesty International, Human Rights Watch and B’Tselem had been denied entry to carry out their investigations in Gaza.

In 2014, Israel again denied entry to teams that were tasked with investigating potential human rights abuses. The UNHRC investigating team found that both Israel and Palestinian armed groups had committed war crimes.

Does Israel have anything to hide? Yes, of course it does. Its human rights abuses fill page upon page of any notebook. Whether it is about its war crimes during repeated wars against the helpless, entrapped Palestinian population in Gaza or its illegal settlement enterprise, or moving its population into illegally occupied areas, moving Palestinian prisoners into its own territory from occupied territory. What about house demolitions, family evictions?

from occupied territory. What about house demolitions, family evictions?

With that torrid track record, justice requires that Israeli violations are examined, and it faces accountability for them. Its leaders should answer for their alleged war crimes in person and must have their day in court at The Hague. Otherwise, its leaders will continue to commit crimes, safe in the knowledge that they will not have to answer for them. The wheels of justice need to move more quickly, and then Israeli war criminals won’t be able to sleep soundly every night thinking they can just get up in the morning and commit more crimes with impunity.