Prepare For Change
Home Awakening This is NOT a drill: Countdown to mass FAMINE has begun, and... 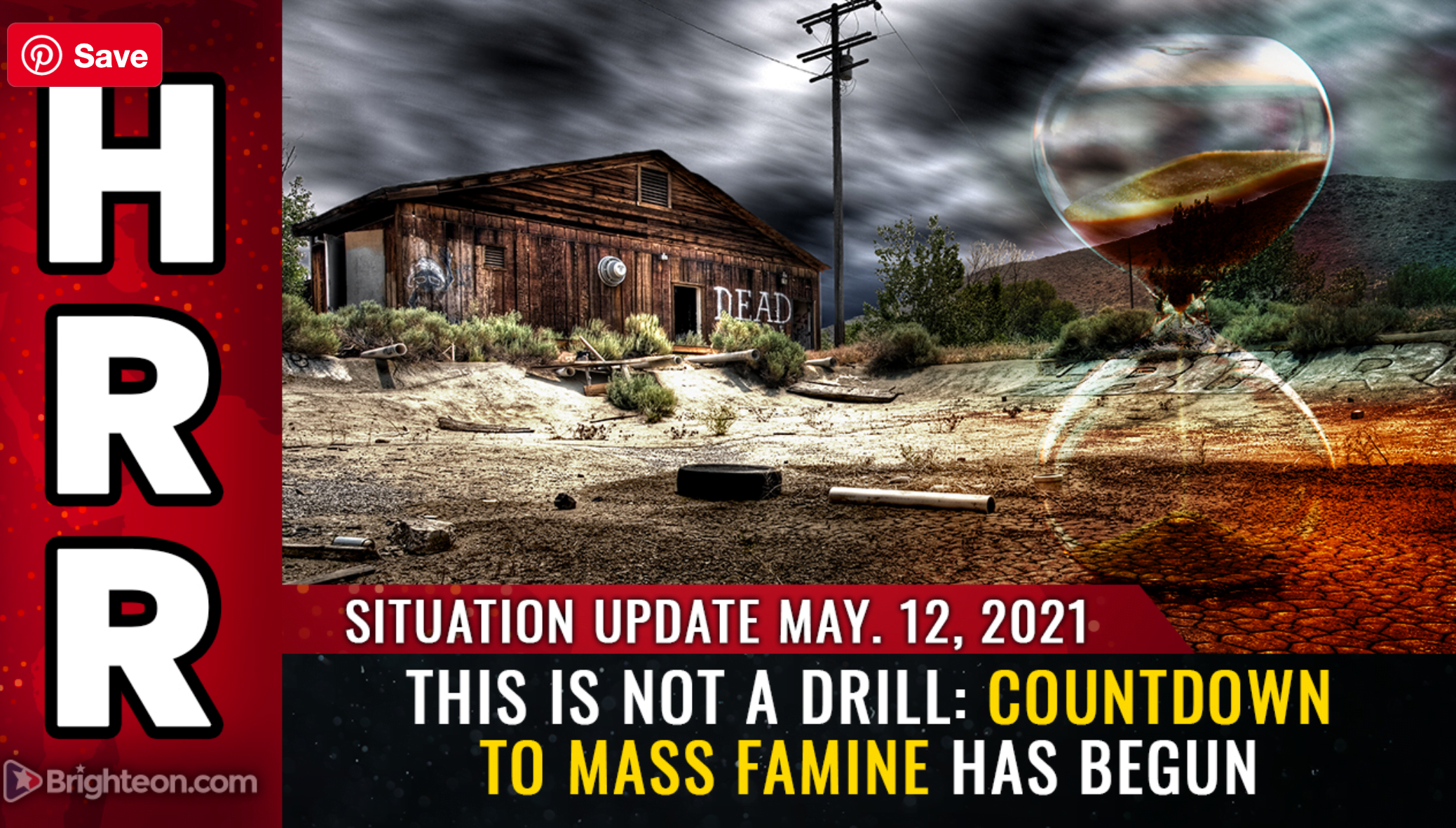 The engineered mass famine in America is now under way, with the deep state sabotage of the Colonial Pipeline already causing trucking to suffer fuel shortages across Southeast states, impairing some food deliveries. If this pipeline is not fully restored in the next 72 hours or so, food shelves in some areas will go empty and panic will take hold across the populations there. Already, over a thousand gas stations have run out of gas, and people are so desperate to stock up on gasoline that the federal government had to issue a warning that tells people it’s unsafe to store gasoline in plastic bags. (Yes, people are pumping gas into plastic bags. Welcome to Third World America.)

Meanwhile, Michigan Governor Whitmer is attempting to close another pipeline that serves Northern states, demonstrating that pipeline shutdowns are part of an engineered collapse of America’s industrial infrastructure.

If this deliberate shutdown plan continues, many people will face famine this summer as America plunges into chaos and desperation. It’s all by design, of course, as the radical Marxists who stole the election are working their way through a checklist to destroy America from within.

As I discuss in today’s Situation Update podcast — which has a particularly doomsday ring to it — after experiencing the supply line shortages of 2020, anyone who isn’t yet a prepper in 2021 is essentially committing themselves to death. I ask the question, “How can everyone NOT be a prepper in 2021 after living through 2020?”

Yet, amazingly, the oblivious masses have zero preparedness and still think, “things will all go back to normal” real soon now, as soon as the vaccines save everybody.

What they don’t seem to realize is that America has already entered an era of hyperinflation and wholesale currency debasement. The dollar is headed for imminent collapse, meaning a total wipeout of all dollar-denominated assets, including bank deposits and pensions. With a financial collapse under way, the anti-American Marxists (Biden, Whitmer, Newsom, etc.) are tearing down America’s infrastructure, leading to engineered blackouts and grid down failures that you will see more clearly by Summer.

These assaults on America will complete the economic takedown of America, resulting in mass famine / starvation across the vaccine-damaged, zombified population of “oblivions.” Over the next four years, according to the now-defunct Deagel.com website, America’s population will be reduced to around 65 million survivors. Most will die of starvation and disease, augmented by lawless violence and chaos in the cities. The collapse has already begun.

In today’s Situation Update podcast, I express extreme sorrow in advance of the realization that those of us who wish to live are likely going to have to defend ourselves against the desperate, starving masses. While we do our best to help as many people as we can — and I have a plan in place to donate large amounts of food to local churches — in the end we will likely have to kill aggressors in self-defense or be killed ourselves.

Those who wish to survive this need to mentally and spiritually prepare to live through Hell on Earth, where even the most prepared among us will be hard-pressed to survive the tsunami of violence, lawlessness and desperation that’s being unleashed against us by the day.

Mass death is coming to America. People you know and love will die. Some of those you thought were neighbors and friends will turn against you as extreme hunger kicks in, transforming once-civil people into famished marauders who will use violence to acquire any food they can find.

This is all very real. The doctors who mocked anti-vaxxers are now dying from the vaccines, and those oblivious masses who mocked preppers will soon be silenced, because many of them will be dead.

Even now, it is abundantly obvious that 95% of the American public has no clue whatsoever about what’s happening around them. They have zero supplies, zero knowledge, few skills and no awareness of reality. They will be the “low-hanging fruit” that globalists will be able to easily exterminate with little effort. And the farther away you can get from these oblivious masses, the better your own chances for survival.

You will also need to be very well armed, and highly proficient in the use of firearms for self-defense. I just checked online retailers, and 338 Lapua Magnum rounds are now $10 each. AR-15 rounds are about a dollar each, and I just paid $2 each for Controlled Chaos 7.62×39 rounds for one of my AK rifles. This means even practicing with a firearm now costs a small fortune.

Listen to this podcast if you want to live, and you’ll learn some important facts and skills that can help keep you alive: