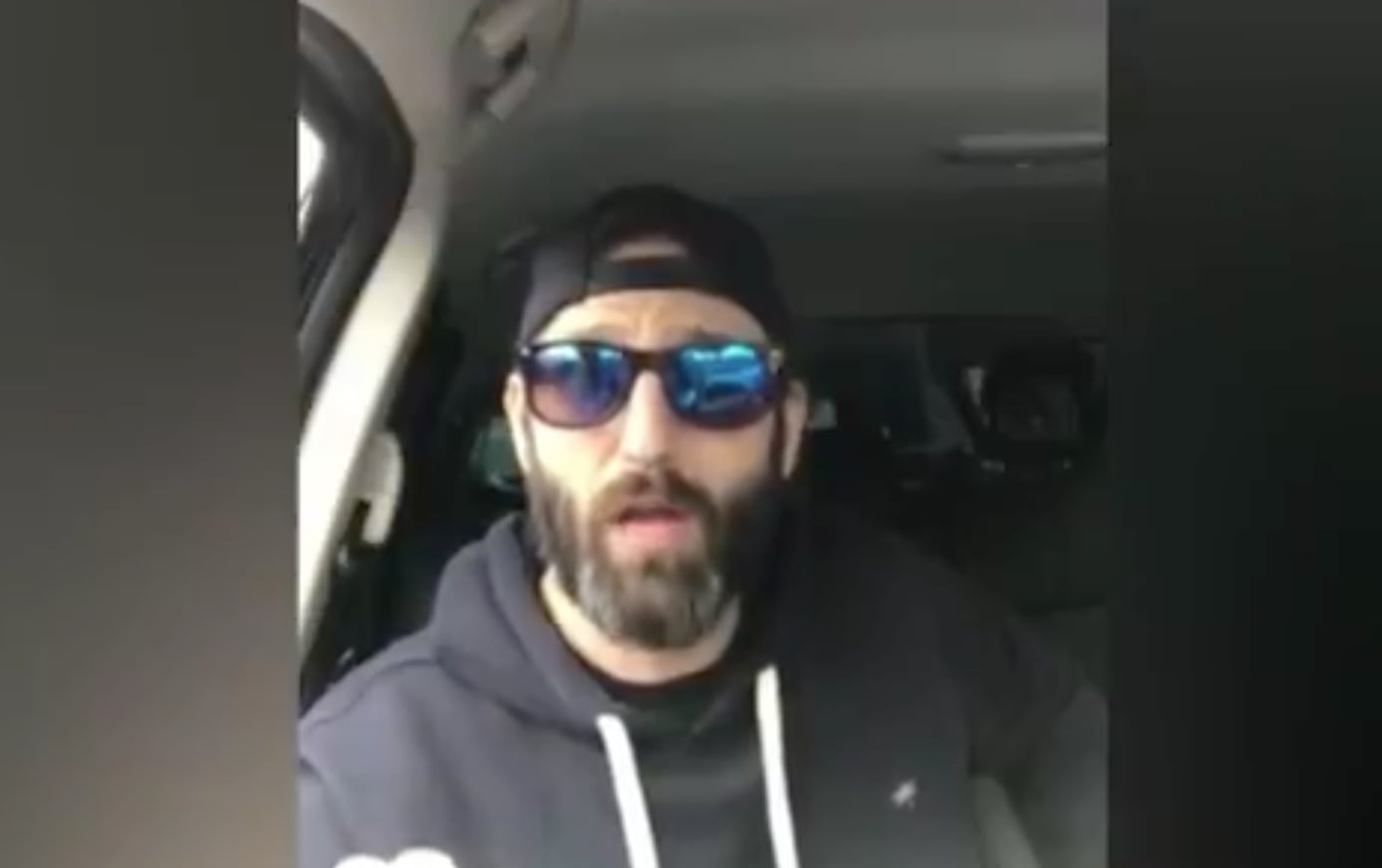 The alarm is on!

Maybe we turned the alarm on with the anti-covid vaccines, but this guy and his video went viral. He warns that the COVID-19 tests are hazardous.

It is worse than you can imagine. We could assume that something wasn’t right, but this is just too much… When the authorities force millions of people to test for the virus repeatedly, someone with more consciousness would ask what really is happening.

Well, what is that thing? What can we find on those nasal swabs only with a few analyses?

If we can get infected in the supermarket by keeping 5 feet distance, why do they have to jam the nasal swab to our noses that it touches our brains?

Are they testing the virus’s presence, or are they putting inside us something else?

We have one statement, the tests aren’t accurate at all. Can you recall the time when Elon Musk took four tests? They resulted in two positive and two negative samples.

The man in the video showed what really is going on! Perhaps he cracked the code.

Below, you can see a 2 minutes long video, where we can hear his attitude and explanation about the COVID-19 tests.

The Cancer.gov.website confirmed that Ethylene Oxide is highly toxic and causes cancer.
Read their report.

How are people exposed to ethylene oxide?

The primary routes of human exposure to ethylene oxide are inhalation and ingestion, which may occur through occupational, consumer, or environmental exposure. Because ethylene oxide is highly explosive and reactive, the equipment used for its processing generally consists of tightly closed and highly automated systems, which decreases the risk of occupational exposure.

Despite these precautions, workers and people who live near industrial facilities that produce or use ethylene oxide may be exposed to ethylene oxide through uncontrolled industrial emissions. The general population may also be exposed through tobacco smoke and the use of products that have been sterilized with ethylene oxide, such as medical products, cosmetics, and beekeeping equipment.

Which cancers are associated with exposure to ethylene oxide?

How can exposures be reduced?

The U.S. Occupational Safety and Health Administration has information about limiting occupational exposure to ethylene oxide.”

It is something that I don’t want to have inside my organism. Maybe I am not some expert or scientist, but no one wants a chemical inside them.

Numerous websites showed how worried they were about this issue!
WebMD was one of them. Read their report.

In 2005, the U.S. Environmental Protection Agency considered banning ethylene oxide in new sterilizing facilities because of the cancer risk it posed to residents who lived around the plants.

“We also considered prohibiting the use of ethylene oxide for new facilities, which would necessitate the use of an alternative sterilization process,” reads the proposed rule, published in the federal register on Oct. 24, 2005.

Ultimately, under pressure from industry, and with the EPA’s acceptance of companies’ claims they were doing everything feasible to cut their emissions, the agency failed to act — worried about disrupting a key part of the process of sterilizing medical equipment in the U.S.

Fast-forward to 2019, and what’s past looks a lot like prologue.

There’s a big difference this time around, though: public awareness.

“Nobody in the last 40 years has been pressuring from the outside that there are community exposures from this,” said Peter Orris, MD, a professor and chief of occupational and environmental medicine at the University of Illinois at Chicago.

Greater appreciation of the environmental health threat has — for the first time — raised an outcry from residents in Georgia, Illinois, and elsewhere who’ve been exposed to ethylene oxide pollution — sometimes for decades — without any real warning that it was near them or could be dangerous.

In 2018, the EPA published a report that flagged 109 census tracts across the U.S. as having higher cancer risks, mostly due to ethylene oxide. Three of those census tracts are in the metro Atlanta area — two are in Fulton County, just south of Smyrna, and the third is in Newton County in Covington.

Orris first encountered ethylene oxide when he was a regional medical officer for the National Institute for Occupational Safety and Health. In the 1980s, he investigated cases of hospital staff getting lightheaded and dizzy and having other neurologic symptoms working around tabletop sterilizing devices that used ethylene oxide gas. The sterilizing devices — which look a bit like big microwaves — were leaking, making people who worked near them ill.

In learning about the gas, he recalls, “I finally concluded that you just couldn’t do this because every amount of exposure contributes to cancer risk.”

The outrage from exposed communities has federal regulators and device makers seriously rethinking a question that’s been hanging over the sterilization industry for decades: Can ethylene oxide be replaced?

A resolution pending before the American Medical Association’s Board of Trustees urges the nation’s doctors to push for substitutes to ethylene oxide sterilization “that are currently available” and do not cause cancer. It also urges hospitals and other health care facilities, when considering buying medical devices, to choose those that are the most effective for patients and safest for the environment.”

Also, ThermoScientific shared their examination of the Ethylene Oxide presence on the masks and nose swabs.

The current worldwide pandemic has impacted every aspect of our lives, which we are struggling to bring back to what we consider ‘normal.’ We have seen an impact on our social habits, our way of working and our economical balance, along with a changed perception on health. There has also been increased attention on the value of healthcare and medical device manufacturers, and the sudden dramatic increase of personal protective equipment (PPE) demand like face masks, gloves and protective suits.

Sterilization processes have always been essential for medical device industries but now they are assuming an even greater relevance for limiting infections, especially in an emergency situation of single-use device shortage.

One of the most adopted sterilization processes uses ethylene oxide (EO), a highly reactive, toxic and flammable gas capable of sterilizing at ambient temperature, preserving those medical devices which cannot be exposed to moisture or high temperatures — like the ones made of polymers, plastics or those containing electronic components. The EO sterilization is assumed to play an important role in the battle against COVID-19, but, due to its intrinsic hazardous nature and carcinogenic effect on human beings, very high attention must be paid on possible residual levels.

During the pandemic, a shortage of filtering facepiece respirators has led some health care facilities to sterilize PPE for reuse. However, the Washington State Depart­ment of Labor & Indus­tries issued a warning stating that EO sterilization is not approved by federal OSHA for use on personal protective equipment and should not be used to sterilize filtering facepiece respirators for reuse because this extremely hazardous toxic chemical poses a severe risk to human health.

This position is supported by the Centers for Disease Control and Prevention (CDC) which states, “Ethylene oxide is not recommended as a crisis strategy for cleaning filtering facepiece respirators as it may be harmful to the wearer.”

In this scenario, it becomes even more critical to rely on efficient and sensitive testing methods to ensure no residual EO is present on PPE and medical devices in general.

EO is absorbed by many materials, for this reason, following sterilization the item must undergo aeration to remove any residual. Guidelines have been promoted regarding allowable EO limits for devices that depend on how the device is used, how often, and how long in order to pose a minimal risk to patients in normal product use1.

Additionally, during the EO sterilization process, it is also possible the formation of 2-chloroethanol (or ethylene chlorohydrin, ECH)2, which is classified as a hazardous substance very toxic by inhalation and skin absorption.

The headspace (HS) sampling technique coupled with GC-FID analysis is a simple approach to quantify possible residues of ethylene oxide and 2-chloroethanol compounds in solid materials, with almost no sample preparation required.

ISO 10993.7-2008 (Biological evaluation of medical devices) and Chinese National Standards3,4 are reference guidelines setting limits for ethylene oxide and 2-chloroethanol in a variety of different materials. In particular, the residual limit for ethylene oxide on face masks is set to 10 µg/g.”

We ask you to share the information with the world! It is crucial!