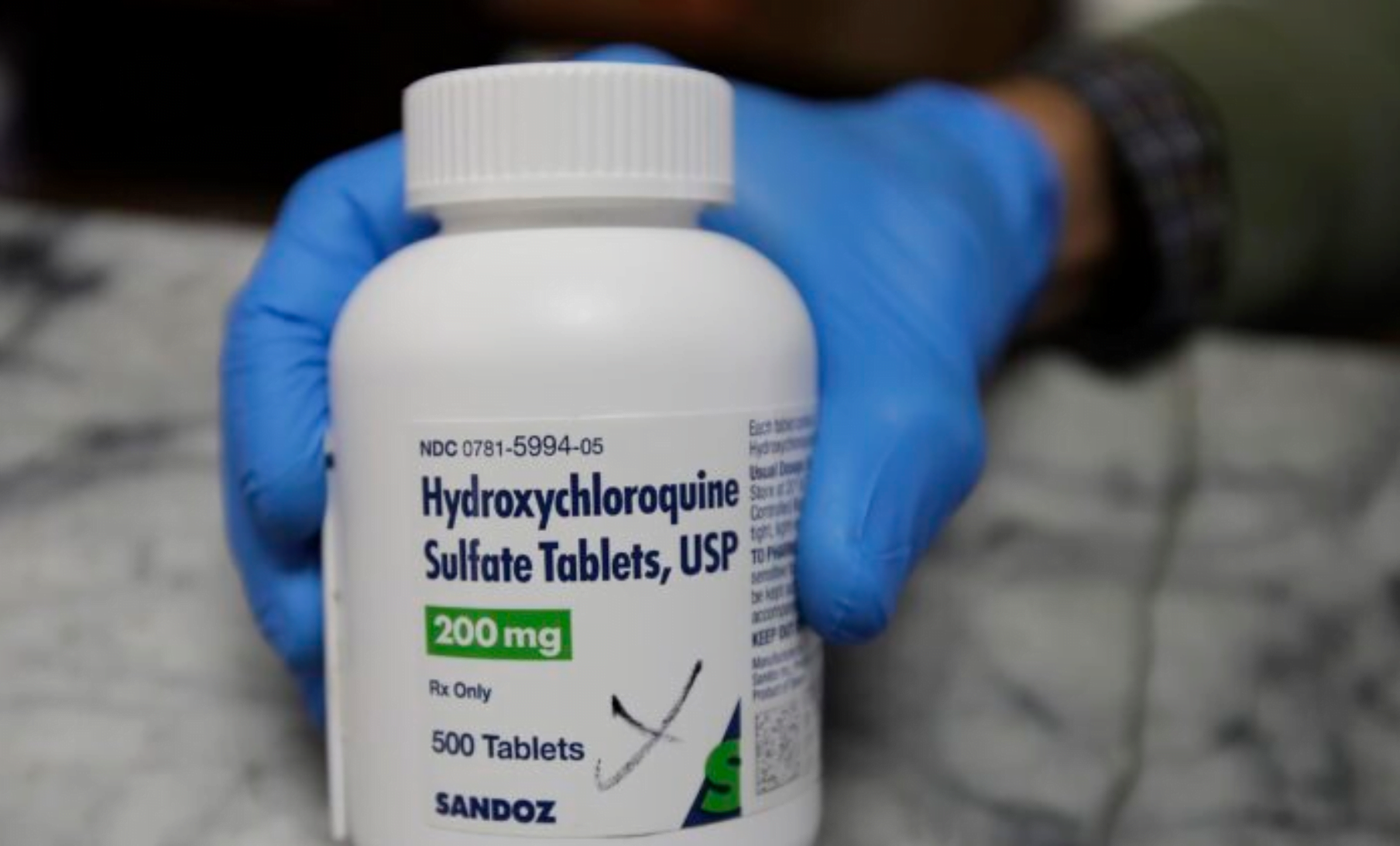 Last week, America’s Frontline Doctors (AFLDS) came to speak in Kansas City, Missouri. AFLDS founder Dr. Simone Gold brought her message that COVID-19 is nothing to fear and that there are treatments available. At the start of the pandemic, she was fired after speaking out in support of anti-malaria medication hydroxychloroquine (HCQ).

At the time, President Donald Trump was praising the effectiveness of the drug, but shortly after, the FDA revoked emergency use authorization for it. Now, recent studies are confirming that “Low-dose hydroxychloroquine combined with zinc and azithromycin was an effective therapeutic approach against COVID-19.”

The Epoch Times interviewed Sarah Absher, a registered nurse who worked in the field for 8 years but quit this spring and decided to volunteer with AFLDS after what she witnessed. She expressed her passion for the “medical freedom fight” and offered previously unseen materials to support her claims.

She began by introducing herself: “I love being a nurse and had the same concerns as Dr. Gold when we saw what was going on.”

Absher worked through the pandemic up until March 17 of this year. She said she hoped that things would change after the election, but when the big vaccine push came, she knew she couldn’t in good conscience stick with the common narrative on COVID-19: “Part of our job is to gather informed consent. With these vaccine trials, they’re not offering informed consent. They say it’s safe for pregnant women but pregnant women were excluded from the trials.”

“We all feel like we saw that things were not right. But physicians are all about reputation and with today’s cancel culture. They [the patients] are looking at us and trusting what we’re saying. And there was this unspoken line at my job. If I had deviated from the narrative … that’s why I left. When we received ‘vaccine talking points.’”

Absher also pointed out: “I’m not against vaccines. I’ve gotten every vaccine you can get except this one. But the more they push it, the more it repels me. It just makes me realize that the public has a fundamental lack of understanding of what clinical trials are.”

She explained the three long phases of clinical trials, which have not been finalized for the COVID-19 vaccines. Before Phase 1 there is animal testing. Then Phase 1 opens up trials for small groups of people where they are compensated for allowing themselves to be experimented on. Then in Phase 2, if animal testing or Phase 1 does not show serious issues, a larger group of people is tested. Finally, if that group does well, then Phase 3 goes forward to test even more people in hospitals with their consent. If issues are found during any of these phases, the drug must be perfected.

“How do we go from that to just, we’re going to give this to people and if they have an adverse reaction, that’s just that? That’s the story COVID. It’s that everything has deviated from normalcy, especially the medical industry. We’re seeing a lot of anecdotal evidence. We had a better system for collecting data. But we haven’t been careful now. I don’t understand why they’re pushing so hard. If you look up FDA regulations, they’re not even following their own regulations. You cannot say something is safe while it’s still in clinical trials.”

Absher described her frustration with how COVID-19 has been handled: “At the very beginning of all this, we didn’t know. But it’s okay to say we got it wrong. But doctors, especially young doctors, have trouble admitting when they make a mistake, and nurses, we often have to tell them to just be honest and admit it.”

She explained why she left the profession: “Our job as medical professionals is to reel in the terror. But with COVID they were encouraging it.”

“I wouldn’t go back unless medicine changed. It needs to change.”

Her experience with patients offers more perspective: “[The] 2017-2018 flu season was the worst I’ve ever seen. We were short-staffed. A lot of nurses and doctors got the flu even with a flu vaccine. And patients died. But come January, February 2020, none of my patients were dying. And I work in oncology with leukemia patients. We call them the ‘canary in the coal mine’ patients because their immune systems are so weak.”

Getting back to the use of controversial treatments like HCQ, she noted “It’s not just HCQ and ivermectin, but there are plenty of treatments that are encouraging. What’s so unique about COVID is that it didn’t matter if the drug worked anymore. Medicine as a profession has become unrecognizable.”

She then noted how this drove her to join AFLDS: “You can be a darling of the left one day, but if you deviate, you get attacked the next. I know we need to hold ourselves to a higher standard because we’re dealing with people’s lives.”

She pointed out that “in India, when they stopped using anti-malarials [like HCQ], that’s when the big spike hit with COVID. And when questioning why the First World is doing so poorly, but Africa is not, Africa is doing better because they take HCQ once a week to prevent malaria, so they had like no deaths.”

The Cost of Speaking Out

When asked about how her family has handled her decision to leave nursing she said, “My husband is incredibly supportive. He saw me go into a deep depression during COVID. I really thought people would see and things would change.”

But unfortunately, not everyone is as supportive. “My parents, they are 100 percent bought in. They’re former government lawyers. In their minds, the government would never do anything wrong. Things got very divisive when the big vaccine push started. I haven’t spoken to my dad, and we were very close, since February. And I haven’t talked to my mom since March. We’re at war.”

Medical professionals like Absher who speak out against the narrative get canceled, and information about them gets censored. But she does hope that in coming forward, others will speak out.