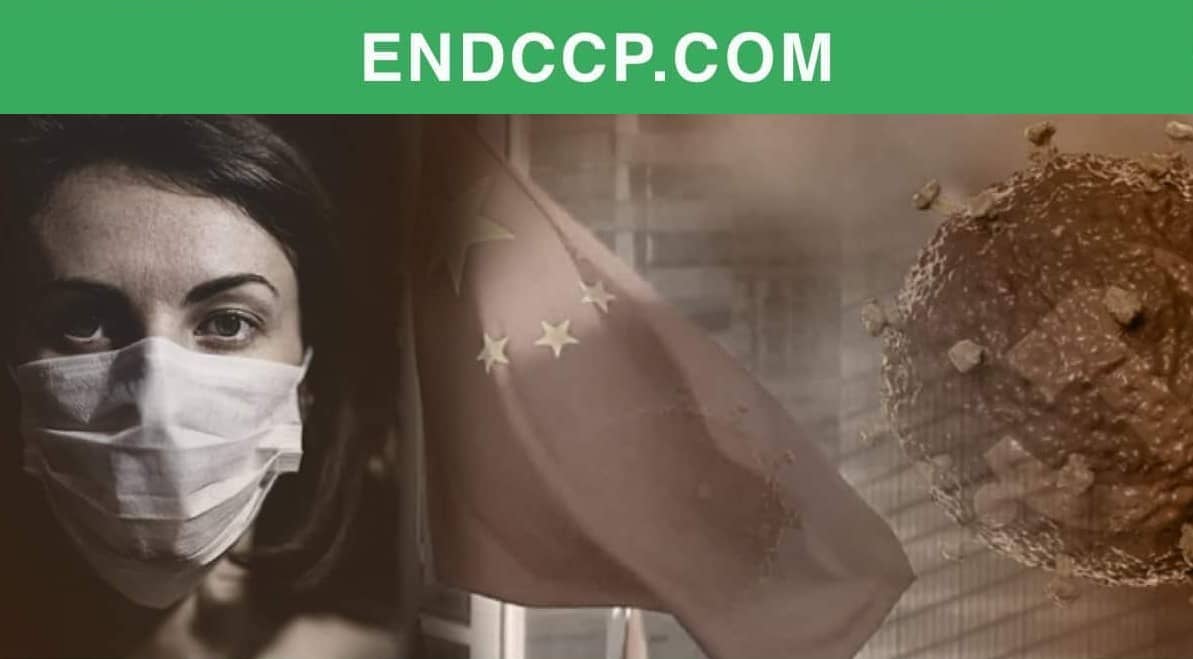 This pandemic could have been prevented if the Chinese Communist Party (CCP) did not lie. Yet, ever since it took over China, hundreds of millions of people have been suffering from its endless deceptions and brutality. The demon CCP has plundered the ancient land of China, and now its terror has spread globally, affecting everyone. It is time for us to stand up against its evil deeds and put an end to the Chinese Communist Party! 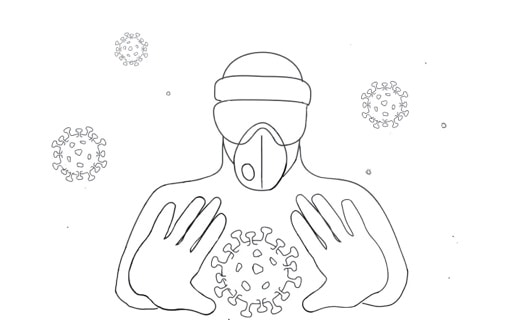 From “controllable” to “inter-human transmission,” it took months for the CCP propaganda machine to change its narrative and admit the seriousness of COVID-19 (CCP Virus) to the world. This was too little, too late. The initial cover-up has led to a global pandemic, with a death toll exceeding 3 million and countless confirmed cases.

Countless humanitarian tragedies have happened in China due to forcible quarantine methods. Families were dragged from their homes to poorly sanitized isolation centers, doors were welded by the police with infected families still living inside, and Chinese citizens were left wondering: which is more dangerous? The virus, or the CCP?​

Over 140 million confirmed cases and more than 3 million people have died globally due to the CCP Virus. All this could have been prevented if the CCP did not lie. Will they ever stop lying? Or should we stop trusting?​ 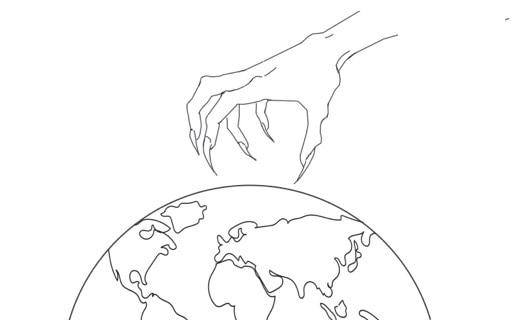 The CCP’s agenda is world domination. Under the guise of assisting 68 countries to build transportation infrastructure (“Belt and Road Initiative”), the CCP plans to put all of these countries in debt, while taking their resources, such as rare earth metals and minerals as collateral. Through imposing “Imperialism with Chinese Characteristics,” it is desirous of regional and global leadership.

The CCP not only craves geographical power but also aims to inject the globe with communist ideology. Systematically, CCP is taking control of the narratives in the West: the mainstream media, big tech companies, Hollywood, the sports industry, and politicians … we have watched them bowing down, again and again, self-censoring their speech in favor of Beijing. The universal values were corrupted by the devil.

The CCP has been stealing intellectual property for over 20 years to advance its military and economic strength. The Thousand Talents Program, for example, lures and encourages overseas scholars to engage in economic espionage and theft of intellectual property. As just one of countless examples, a scholar was found to have downloaded 300,000 documents from a lab before returning to China. 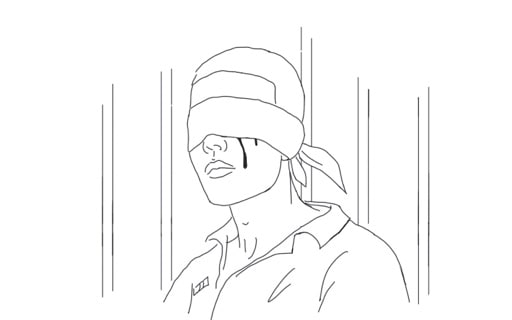 Atheist, Anti-Religion, and Suppression of Beliefs

Communism is based on atheism. It tells people not to believe in God, and attacks human morality. Throughout its rule the CCP has destroyed and controlled countless monasteries and temples, and arrested believers of all religions – Christians, Catholics, Muslims, Buddhists, and others. Eventually the CCP wants its people to worship itself as the one and only idol. Truly a cult-like regime.

Falun Gong, also known as Falun Dafa, is a spiritual practice based on the principles of “Truthfulness, Compassion, and Forbearance.” Due to its effectiveness in healing the mind and body, by 1999 about 100 million people had started practicing Falun Gong in China. Jealous of its popularity, the CCP’s former Chairman Jiang Zemin single-handedly launched the genocide against Falun Gong. Millions of practitioners fell victim to kidnapping, torture, murder, and forced organ harvesting. Unfortunately still no signs of any change until today.

Since 2017, the CCP held one million Muslims (the majority of them Uyghurs) in secret detention camps without due legal process. Xinjiang’s Muslims have suffered torture, forced political indoctrination, and mass surveillance. In January 2021 the U.S. Secretary of State Mike Pompeo announced that the U.S. Government would officially designate the crimes against the Uyghurs and other Turkic and Muslim people living in China as a genocide, which was also a bipartisan judgment within the U.S. government.

Hard to believe, but proven to be true in this modern day. The CCP runs a lucrative organ transplant business, the main resource of which are organs harvested alive from prisoners of conscience in China, mostly Falun Gong practitioners (who are generally healthy due to their meditation practice). Underground Christians, Uighur Muslims, Tibetans are also on the list. It is estimated that since 2000, over one million murderous organ transplants have taken place in China. 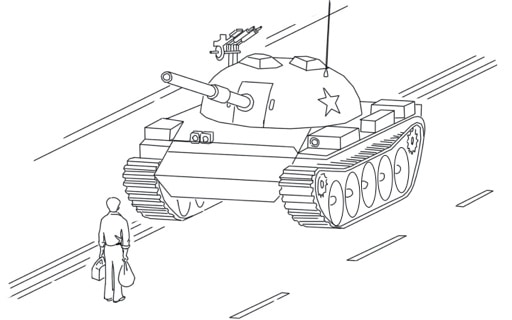 The End of “One Country, Two Systems”

The CCP promised Hong Kong would enjoy 50 years of autonomy after its handover by the United Kingdom in 1997. History shows the CCP never intended to keep its promise. On June 30, the CCP imposed a National Security Law on Hong Kong that criminalizes “acts of subversion, secession, terrorism, and collusion” with “a foreign country or with external elements” against the state, with maximum penalties of life imprisonment. The law has been widely condemned by world leaders, and is seen as a death certificate for “one country, two systems.”

The CCP has long been traumatizing the ancient land of China and its people since it took over China in 1949.

The Great Leap Forward(1958-1962)  resulted in 30–55 million deaths due to starvation, execution, and forced labor, along with massive economic and environmental destruction.

The Cultural Revolution (1966–1976) cost millions of lives. The damage was not limited to the physical lives of Chinese people, but also the total destruction of 5,000-year splendid ancient culture.

For those Chinese people who were “lucky” enough to have made it into the ’80s, the CCP’s cracked down on their rights and freedom awaits. The Tiananmen Square Massacre in 1989 is just one example among many. Young students gathered in Tiananmen Square peacefully, holding banners, advocating for a change into democracy. The unarmed crowd was answered with troops with showering gunfire, tanks running fanatically towards these young men and women… The Tiananmen Square was washed with blood.

From the year 1979, in the name of population control, the CCP has taken away the rights of Chinese people to give birth freely. The One-Child Policy “prevented” 400 million births according to its official estimated report. In other words, these fetuses were killed before they could see the world. Women pregnant with a second child were forcibly sent to abortion by local CCP officials regardless of how soon the babies will be born. In some cases, they would even kill the infants right after birth.

This link will take you to the website and the petition: https://endccp.com/