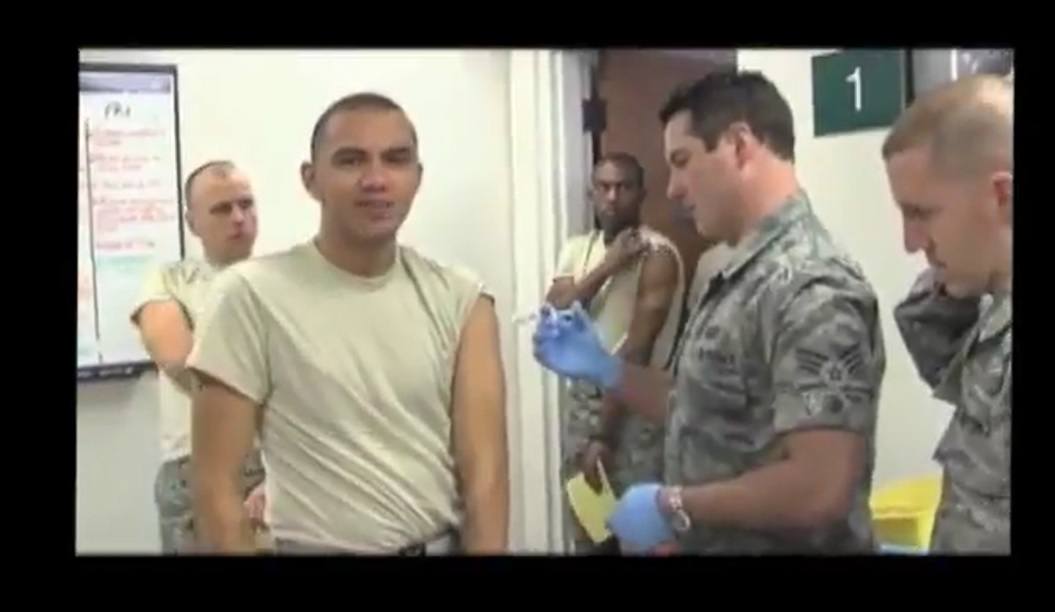 Dr. Lee Merritt completed an Orthopaedic Surgery Residency in the United States Navy and served 9 years as a Navy physician and surgeon where she also studied bioweapons before returning to Rochester, where she was the only woman to be appointed as the Louis A. Goldstein Fellow of Spinal Surgery.

Dr. Merritt has been in the private practice of Orthopaedic and Spinal Surgery since 1995, has served on the Board of the Arizona Medical Association, and is past president of the Association of American Physicians and Surgeons.

Dr. Merritt recently addressed the American Frontline Doctors and discussed how all through 2020 there were only 20 deaths among all active duty military personnel related to COVID. However, there are now many reports of tumors and over 80 cases of myocarditis (inflammation of the heart), which has a 5-year mortality rate of around 66%, following the COVID-19 shots given to the military.

With the vaccine program we’ve ostensibly killed more of our young active duty people than COVID did.

This is the not the first time the military has been implicated in killing active duty military with experimental vaccines. It happened also during the Gulf War with the experimental anthrax vaccine, which some estimates claim killed 35,000 military people with what was originally termed “Gulf War Syndrome.”

I have produced a video that includes an Army wife of an active duty soldier in South Korea explain how her previously healthy husband now has major heart problems after taking the COVID-19 vaccines, followed by a medic whistleblower who explains what lengths the military will go to to cover up deaths related to experimental vaccines.

Please watch this and share with everyone you know in the military, so we don’t see a repeat in history of what happened with the anthrax vaccine.

It is better to risk court martial and losing your military career than to give up your life for a vaccine, or become permanently disabled for what is now the largest public vaccine trial ever conducted upon humanity.

This is from our Rumble channel, and it should also be on our Bitchute channel shortly.

Also, here is the documentary: “Vaccine Syndrome: How the Experimental Anthrax Vaccine Killed 35,000 Military Men and Women” from our Bitchute channel.