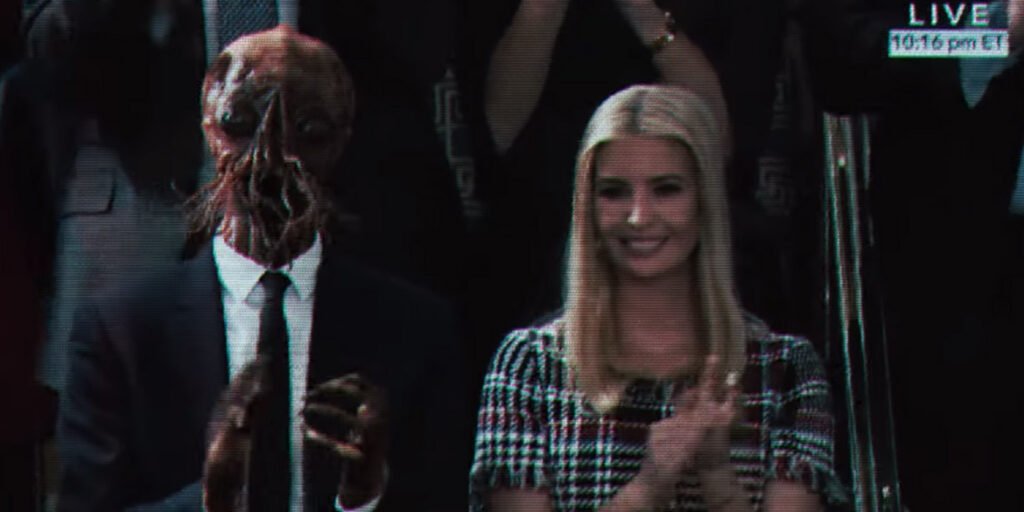 This is basically a short retelling of They Live, which John Carpenter had to say was not actually about the jews, even though it really appears to be. The lesson of this particular telling should be: do not take pills (even red ones), or else you will start seeing aliens when you should really be seeing jews.