Prepare For Change
Home Health Defeat ‘COVID’ mandates by restoring the Genuine Meaning of the ‘privileges and... 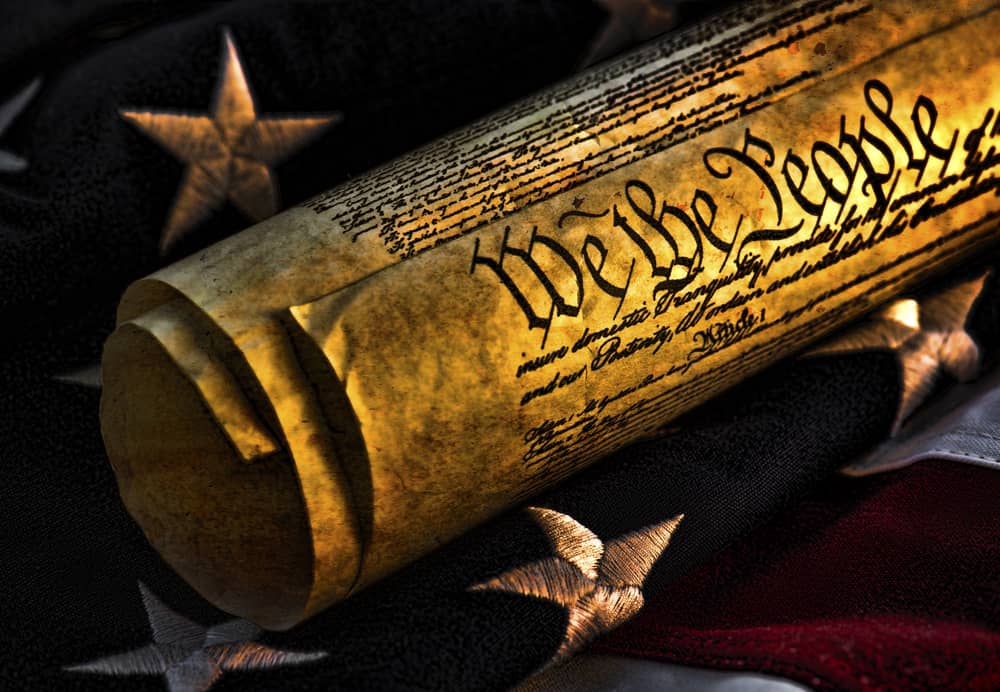 Our Constitution of 1787 is a glorious Document. But we didn’t read it, we didn’t adhere to its genuine meaning, and we permitted judges to redefine its terms. We must put a stop to that. The following draft[1] Resolution for State and local governments shows how, by restoring the genuine meanings of the “privileges and immunities” and “due process” clauses, we can defeat “COVID” tyranny.

WHEREAS, our Declaration of Independence is the Fundamental Act of our Founding and part of the Organic Law of our Land, and recognizes that our Rights come from the Creator God; that among these Rights are Life, Liberty, and the pursuit of Happiness; and further, that the purpose of government is to secure the Rights God gave us; and

WHEREAS, the Constitution of the United States is one of enumerated powers only; and We The People did not grant to the federal government power over the Country at Large to interfere in medical or health matters; to dictate that injections be administered to The People; to impose quarantines or “lock-downs” for real or pretended diseases; to establish internment (concentration) camps for the purpose of confining whomsoever the federal government wishes to confine; to require that The People wear devices such as face masks, or to obtain and carry internal passports; or to exercise any other such control over the sanctity of our persons; and

WHEREAS, the First Amendment of the Constitution of the United States provides,

“Congress shall make no law … abridging the right of the people peaceably to assemble…”; and

WHEREAS, the privileges and immunities clauses of the Constitution of the United States provide:

“The Citizens of each State shall be entitled to all Privileges and Immunities of Citizens in the several States.” (Article IV, § 2)

“…No State shall make or enforce any law which shall abridge the privileges or immunities of citizens of the United States…” (§1 of the Fourteenth Amendment); and

WHEREAS, the due process clauses of the Constitution of the United States provide:

At the Fifth Amendment, that “No person shall…be deprived of life, liberty, or property, without due process of law…”; and

At §1 of the Fourteenth Amendment, that “…nor shall any State deprive any person of life, liberty, or property, without due process of law…”; and

WHEREAS, Blackstone’s Commentaries on the Laws of England set forth at Book I, Chapter I, pp 128-140 (J.B. Lippincott) [link] the common law definitions of “privileges” and “immunities”; and shows that “immunities” refers to those areas of personal liberty which are free from regulation and control by civil governments, to-wit:

WHEREAS, “due process of law” is a term with a precise technical import going back to the Magna Charta; and means that a person’s Life, Liberty or Property cannot be taken away from him except by the judgment of his peers pursuant to a fair trial! [See Raoul Berger’s masterful work, “Government by Judiciary: The Transformation of the Fourteenth Amendment”, at Part I, Chapter 11 “Due Process of Law” link]; and

WHEREAS, it is a fundamental Principle of Anglo/American Jurisprudence that when Framers of a Constitution or Statute use a term which has been defined at the Common Law, that is the meaning to be assigned to the term in the Constitution or Statute (United States v. Smith (1820) link) & Raoul Berger’s chapter on “Due Process” at p. 222]; and

WHEREAS, the Constitution of the State of Ohio declares at Article I: Bill of Rights that

“Section 1: Inalienable rights. All men are, by nature, free and independent, and have certain inalienable rights, among which are those of enjoying and defending life and liberty, acquiring, possessing, and protecting property, and seeking and obtaining happiness and safety.”

“Section 3: Right to assemble. The people have the right to assemble together, in a peaceable manner, to consult for the common good; to instruct their Representatives; and to petition the General Assembly for the redress of grievances.”

“Section 20: Powers reserved to the people. This enumeration of rights shall not be construed to impair or deny others retained by the people; and all powers, not herein delegated, remain with the people.”

II. Violations by the federal government of The Law

WHEREAS, under the pretext of protecting the public from the allegedly dangerous “COVID” disease, the Center for Disease Control and Prevention of the federal government has been involved in the development and administration of a so-called “vaccine”; but that there is considerable evidence that such are not “vaccines” in the traditional sense of the word – but are injections designed to alter human DNA and replace it with a man-made DNA, and to destroy our God-given immune systems; and further that “COVID vaccines” have resulted in many deaths and disabilities among injected persons and are expected to result in a great many more deaths among injected persons in the coming years; and

WHEREAS, also under the pretext of protecting the public from the allegedly dangerous “COVID” disease, the Center for Disease Control and Prevention has made plans [here & here] to relocate selected Persons against their wills to internment (concentration) camps which are now, with the connivance of certain State governments, being set up throughout the Country; and

WHEREAS, the Center for Disease Control and Prevention is an unconstitutional federal agency which is not authorized by our Constitution to exist; accordingly all of its actions are unauthoritative, void, and of no force; and

WHEREAS, by these above-described acts, the federal government has usurped powers not delegated, and hence its acts are not law, but are altogether unauthoritative, void, and of no force; and

WHEREAS, such acts are also unconstitutional as in violation of the right of free assembly within the meaning of the First Amendment to the US Constitution; and

WHEREAS, such acts also deprive Citizens of their God-given Immunities from civil government’s regulation of their Persons and Personal Liberty, and deprive them of their God-given Right to the free use and enjoyment of their Property – all in violation of Article IV, §2, US Constitution; and

WHEREAS, such acts also deprive Citizens of life, liberty and property without due process of law in violation of the Fifth Amendment to the US Constitution.

WHEREAS, certain “private” businesses have been seeking to bring about the forced injections of Citizens with the so-called “COVID vaccine” by threatening to fire such Citizens unless they submit to the injection; and further, that for State and local governments to permit such tyranny violates that Principle, set forth in our Declaration of Independence, that the purpose of government is to secure the rights God gave us (which governments are to do by protecting us from those who seek to take our rights away from us); and that just as civil governments may not lawfully deprive The People of their God-given Rights and Liberties, neither may private persons or businesses; and

WHEREAS, for the State or any local government to impose lock-downs, mandate social distancing, order the closures of churches and selected businesses, and impose limitations on crowd sizes, would unlawfully restrict the Rights of The People to freely assemble; and that in the State of Ohio, such would violate Article I, Sections 1 and 3 of the Declarations of Rights set forth in the State Constitution; and

WHEREAS, for the state or local governments to cooperate with the unconstitutional federal agency known as the “Center for Disease Control and Prevention”, in its unlawful and tyrannical plan to incarcerate in internment (concentration) camps, Citizens against their wills, would unlawfully deprive the Citizens of Ohio of their Rights of free association and free assembly; and would also trespass on their Immunities against civil government’s control of their persons within the meaning of § 1 of the Fourteenth Amendment; and would also deprive Ohio Citizens of life, liberty and property without due process of law, also in violation of § 1 of the Fourteenth Amendment; and

For the state or local government to mandate the wearing of face masks also violates the God-given Right of Personal Liberty.

NOW, THEREFORE, BE IT RESOLVED:

[1] This is a draft Resolution suggested by me for consideration by State and local governments – I used Ohio to illustrate that States must consult their own State Constitutions in addition to our federal Constitution.

The views expressed by RenewAmerica columnists are their own and do not necessarily reflect the position of RenewAmerica or its affiliates.

Publius Huldah is a retired litigation attorney who now lives in Tennessee. Before getting a law degree, she got a degree in philosophy where she specialized in political philosophy and epistemology (theories of knowledge).

She now writes extensively on the U.S. Constitution, using the Federalist Papers to prove its original meaning and intent. She shows how federal judges and politicians have ignored Our Constitution and replaced it with their personal opinions and beliefs. She also shows how The People can, by learning our Founding Principles themselves, restore our Constitutional Republic.