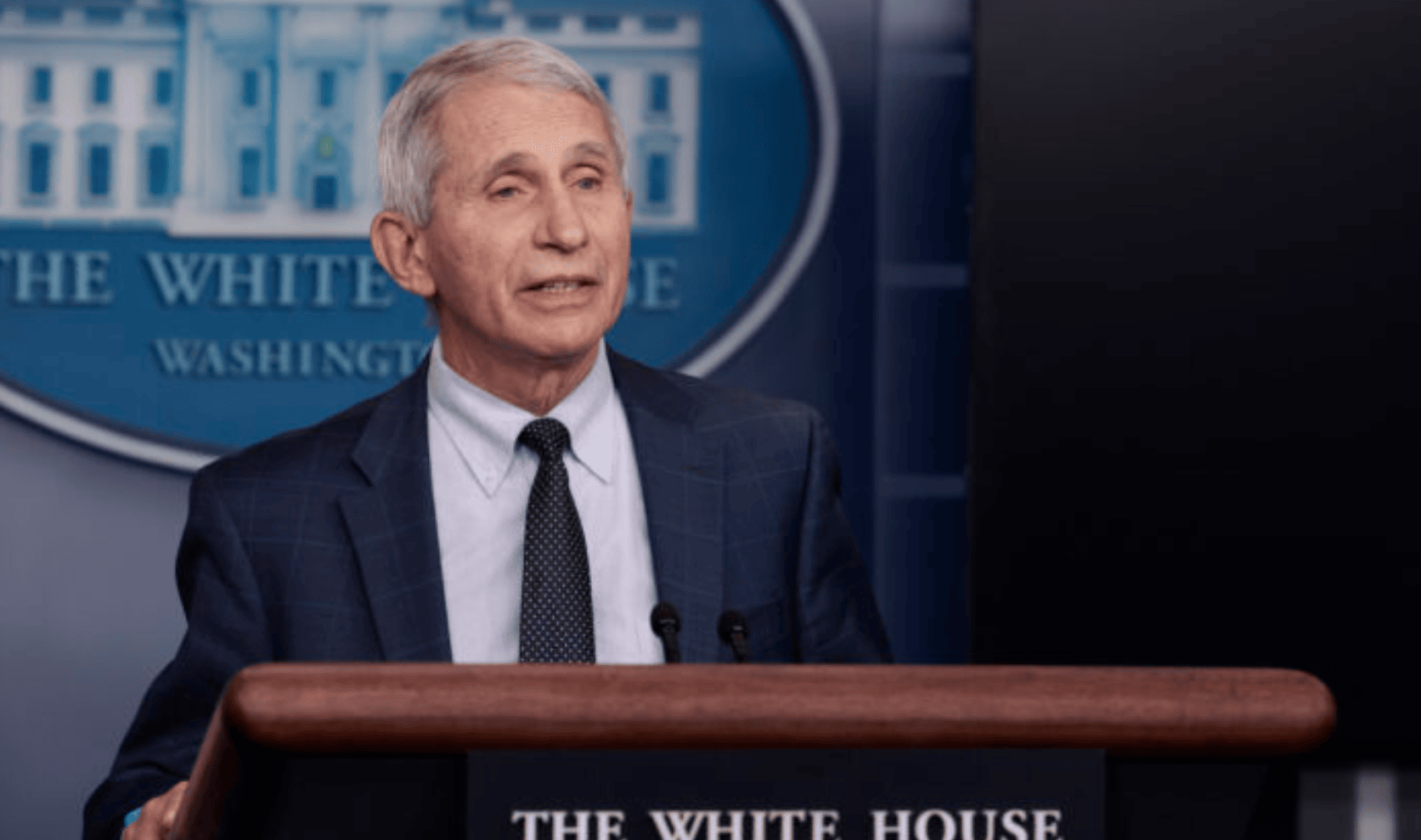 There’s a famous story about the 11th-century King Canute of England, who, while in front of his courtiers, commanded the tides to stop—and yet, they kept on rolling. This likely apocryphal anecdote is generally misrepresented as illustrating the monarch’s presumptuous folly in thinking his writ could control the elements, but, in fact, it proved exactly the opposite: There are some things beyond the powers of secular authority, Mother Nature among them.

Flash forward a millennium. As we enter year three of “two weeks to flatten the curve” and “15 days to slow the spread,” where do we stand in Dr. Anthony Fauci’s quixotic battle against the latest variant of the CCP virus, aka Omicron? And the answer is, about as well as Canute, but without the king’s self-knowledge.

The simple truth is that as long as Fauci is permitted his unconstitutional sway over American public policy, his mandates will never, ever, ever, ever stop. The only tool this undistinguished career bureaucrat has in his arsenal is a hammer, and you are his nails. No matter how erratic or contradictory his advice has been, the fact that COVID is still among us is your fault. Therefore, the punitive ukases will continue until morale improves.

You masked when you shouldn’t have and unmasked too soon, or didn’t mask at all. You gamely lined up for the first “vaccine” shots when the left decried them because they were developed under the hated Donald Trump. And then you became vaccine-hesitant—and thus an Enemy of the People—as soon as it became clear that they didn’t work as advertised.

Further, your pitiful attempts to selfishly salvage your puny livelihoods was an offense against the health of the American public—and, after all, what could possibly be more important than health?

Certainly not your children’s education. Certainly not the formerly booming U.S. economy, including energy independence, that long-sought bipartisan goal that became reality under the hated Trump. Certainly not the Bill of Rights, including free speech, free assembly, and freedom of religion. Only Fauci, the Great and Powerful Oz of the 21st century, seems to have noticed the asterisk the Founders wrote into the Constitution in invisible ink, which allows him to nullify the entire document in case of a bad chest cold anywhere in the land.

To question Fauci is to question the goddess Science herself, the highest deity in the atheists’ pantheon because, as the saying goes: When you’ve got your health, you’ve got everything.

Case in point, the Omicron “variant,” a virus that has spread far and wide with almost no adverse consequences and now, as viruses do at the end of their lifespans, is fading from the scene. But Fauci long ago adjusted his algorithms to arbitrarily downplay actual deaths from COVID in favor of “cases.” With its high survival rate, COVID even from the outset posed little or no mortal danger to the vast majority (99.8-plus percent) of the earth’s population.

But by substituting “cases,” the hullabaloo could be hyped even more, the alleged danger blown out of all proportion, deaths with COVID conflated with deaths from COVID … and then:

The national security state, institutionalized after 9/11 by the Bush administration to its eternal shame, gradually merged with the medico-tyrannical state, to produce the artificial atmosphere of fear and loathing Americans have come to know so well: shot cards, QR codes, PCR tests, vaccine passports, the works. And elsewhere, riots, police truncheons, concentration camps—all coming to a country near you if this madness isn’t stopped.

Now, comes Fauci advocating the next logical step in his crazed determination to “vaccinate” every man, woman, and child in America, even if it kills all of us. With the failure of the vaccines to prevent infection (or, frankly, to do much of anything at all, other than necessitate more shots), Canute/Fauci is doubling down on his long-held fantasy that people who demonstrably aren’t sick are nonetheless still a threat to “public health.”

The monarch of all he surveys is now floating the idea of requiring—under what authority?—a negative COVID test to accompany a mandatory five-day self-isolation period for those who test positive for Omicron but show no symptoms. The CDC recently lowered the quarantine period for such reprobates to five days from 10, bringing on pushback from “health officials” who adamantly oppose any lessening of restrictions, of course.

What Fauci floats, however, has a funny way of becoming pungent reality, especially given his mania for more “testing”—as if testing could somehow ameliorate things, rather than simply handing the government your name, address, and phone number for future reference. Especially now as—miraculously!—the news media breathlessly reports stories of the incredible comeback of the seasonal flu (driven nearly to extinction by the dreaded COVID last year) and warning that it’s hard to distinguish between Omicron and the flu.

Watch for an increasingly desperate Fauci—“the acceleration of cases that we’ve seen is really unprecedented, gone well beyond anything we’ve seen before”—to issue further demands. Universal testing! Mandatory vaccines, delivered house to house by the military (now working in U.S. hospitals, in case you hadn’t noticed), if need be. More lockdowns! Having gone all-in on the weaponizing of the medical establishment to destroy his political enemies and bring on the Great Reset (about which much more in future columns), for Fauci, the sky’s the limit.

Fauci’s list of sins is long, and only some of them are listed above. But you know them. You’ve felt them. You’ve watched your businesses fail and your children needlessly suffer. You’ve watched your fellow Americans turn into shrieking Karens, the American Stasi who are ready to rat out non-conformists wherever they are found. Heck, you’ve even put on 30 or 40 pounds since this absurdity started, with the comfort of knowing that if you drop dead of a heart attack, or stroke, or cancer, at least you didn’t succumb from COVID.

Although that’s probably how they’ll list your death anyway.

Worst of all is the unforgivable sin of Fauci’s reign of error: He has made you hate and shun your fellow man. No longer are we all Americans, going about our lives in the land of the free in the pursuit of happiness. Today, we eye suspiciously anyone not wearing a slave muzzle, convinced by Fauci & Co. that they’re all spewing deadly radioactive COVID particles, which are sure to infect and sicken us, and the only thing that can save us is the elimination of the unvaccinated. Just ask Joe Biden, who’s promising them “a winter of severe illness and death.”

Forget the Canute model. Fauci’s heading toward his final incarnation as the second coming of the Emperor Nero. And you know how well that ended, both for Nero and for Rome.