Prepare For Change
Home Financial 80% of All US Dollars in Existence Have Been Printed in Just... 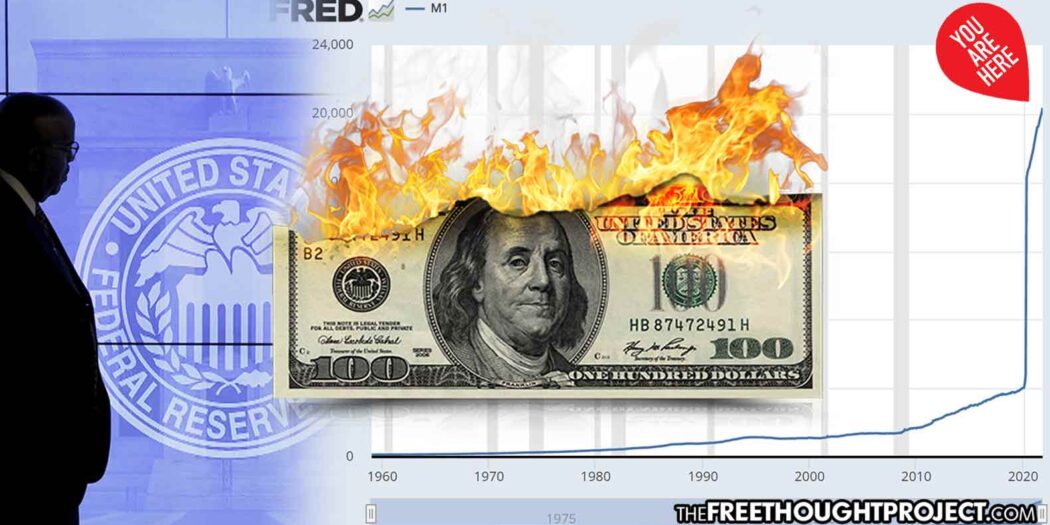 Since March of 2020, Americans and the world alike have watched from the sidelines as power hungry politicians have ushered in draconian lockdowns, shutdowns, police state measures, and brought the economy to its knees. While governments around the planet used their central banks to devalue their currencies by printing money to fund their tyranny, the US led the way down this road to fiscal horror.

As the Biden Administration blames high prices on greedy industries, this is little more than a distraction from the actual perpetrator. Nevertheless, the left continues to attribute soaring costs on businesses making “too much profit.”

While these corporations are not innocent in this debacle, the role of America’s central bank is far more insidious. As government spending has skyrocketed over the last two years, they have financed their massive expenditures by stealing value from your savings by printing more money through the central bank.

When you print more money it means there are more dollars chasing the same amount of goods and services, which causes prices to rise. In just the past three fiscal years, federal spending has swollen to nearly $7 trillion a year, up from about $4.4 trillion in fiscal year 2019. Spending was $6.6 trillion in 2020, and $6.8 trillion in 2021.

If we want to put this into perspective, we can take a look at the monetary supply at the beginning of 2020, which showed just $4.0192 trillion in circulation. By January 2021, that number had jumped up to $6.7 trillion — but this was only the beginning.

By November of last year, that number climbed to $20.354 trillion dollars in circulation — meaning that since January 2020, the United States has printed nearly 80% of all US dollars in existence.

This is according to the Board of Governors of the Federal Reserve System and not some conspiracy theory either. See the chart below.

Not coincidentally, the Consumer Price Index (CPI) which tracks the cost of everyday items has seen a similar increase. It’s shot up a whopping 6.8 percent over the past year, the biggest increase in almost 40 years. Gas is up 51 percent, beef is up 20 percent, and furniture by 11 percent.

Since 1913, all of this taxation, inflation, and fiscal irresponsibility has been facilitated largely by the group responsible for printing America’s currency — the infamous privately owned, Federal Reserve Bank.

Unfortunately, we are entering uncharted waters in regard to money printing and even the mainstream media is being forced to report on it now.

Instead of proposing solutions to the policies which Trump and Biden have championed to get us into this debacle, the Biden administration is doubling down by throwing another $2 trillion at the problem through the “Build Back Better” plan.

As the Hill points out, “the Biden administration and Democrat-controlled Congress are causing America to slowly but certainly commit economic suicide. The only hope the United States has to reverse course is a widespread, firm backlash against the irresponsible policies that created the present crisis in the first place. A good place to start would be a total rejection of the Build Back Better bill now under consideration in Congress.”

Unfortunately, that did not happen and the US is setting itself up for a situation similar to that of Germany’s Weimar Republic. During this time, the Weimar Republic printed so much money that the price of bread rose from 250 to 200,000 million marks almost overnight. The mark was so worthless that people literally brought wheelbarrows full of money with them when wanted to buy things like groceries. Mass suffering and hunger were widespread and it was all thanks to terrible monetary policy.

Will this happen in America? We can’t say for certain, but if we look at the chart below from 1922 Germany, we can see a pattern which is repeating here. 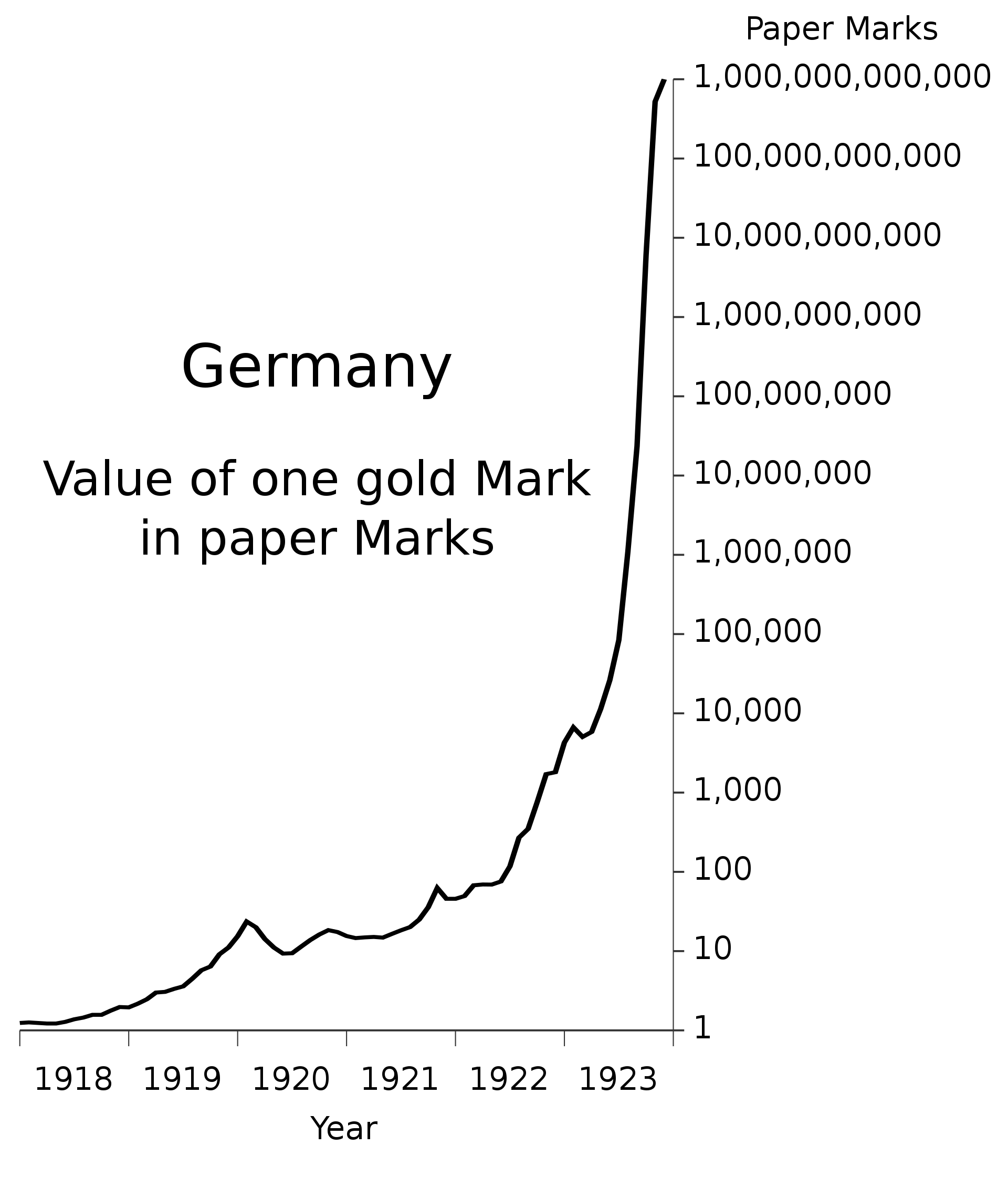 Unfortunately, the masses are so easily distracted and manipulated into fearing whatever boogieman the state throws at them like the newest variant of COVID, the ‘insurrection’, defunding the police, or Trump 2024, that most of them don’t even notice what’s happening. This fear and distraction, in turn, feeds the budgets of the military industrial complex while laying waste to human rights — both abroad and domestically.

So, no, the Build Back Better plan will likely not build anything back better. Instead, the masses will continue to argue over irrelevant partisan talking points fed to them from their rulers until there is no more value to steal and the dollar is but a fleeting memory.