Prepare For Change
Home Healing Johns Hopkins University confirms: You can be vaccinated with a PCR test,... 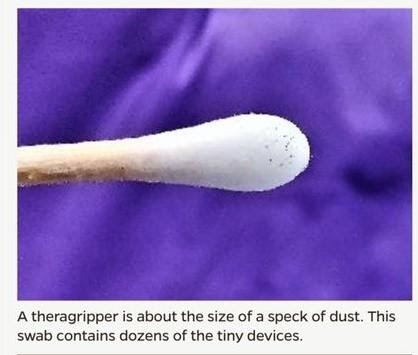 Meanwhile, resistance is forming even within the orthodox medical establishment. But the masterminds of the WHO continue to insist on an unrealistic vaccination coverage rate of at least 70 percent.

In this article, Jan Walter describes, with extensive source citations, which techniques are possible to still vaccinate the population, when people are becoming increasingly critical of vaccinations. This is only fueled by the continuing pressure for mass “vaccination” against a non-lethal disease for 99.8% of people, with a new type of “vaccine” that is actually gene therapy by means of mRNA. It seems like science fiction and is chilling, but the metohodes and techniques are available. There question is how far do we let it get?

In January 2019, WHO [1] defined the growing number of vaccine critics as one of the ten greatest threats to global health, and since the unprecedented corona vaccination fiasco [2], the number of vaccine refusers has really multiplied. Meanwhile, resistance is emerging even within the conventional medical community. But the masterminds at WHO continue to insist on an unrealistic vaccination rate of at least 70 percent.

Now several experts and former mainstream journalists like John O’Sullivan are warning that the massive PCR testing campaign could be a WHO vaccination program in disguise. (see Principia Scientific) [3] O’Sullivan is referring to a new technology developed at Johns Hopkins University that is supposed to make it possible to carry out covert vaccinations through a PCR test. (See Johns Hopkins Universitiy) [4]

Inspired by a parasitic worm that digs its sharp teeth into the intestines of its host, Johns Hopkins researchers have developed tiny, star-shaped micro-devices that attach to the intestinal mucosa and can deliver drugs into the body.

These tiny devices, known as “Theragrippers,” are made of metal and a thin film that changes shape. They are covered with heat-sensitive kerosene wax and each no larger than a dust particle. (See Figure 1

When the kerosene coating on the Theragripper reaches body temperature, the devices close autonomously and clamp onto the wall of the colon. Because of the sealing action, the tiny, six-pointed devices burrow into the mucosa and attach to the colon, where they are held and gradually release their drug load to the body. Eventually, the Theragripper lose their grip on the tissue and are removed from the colon through normal gastrointestinal muscle function.

Note: According to Johns Hopkins University, Theragrippers are actually administered with a cotton swab. (see Figure 2)

Figure 2: Theragrippers on a cotton swab

The Johns Hopkins University research team published positive results from an animal study as a cover article in Science Advances on October 28, 2020 [5], confirming that the new technology works flawlessly:

Here we report that GI parasite-inspired active mechanochemical therapeutic grabs, or theragrippers, can survive 24 hours in the gastrointestinal tract of live animals by autonomously adhering to mucosal tissue. We also observe a remarkable six-fold increase in elimination half-life when using ripper-mediated delivery of the model analgesic ketorolac tromethamine. These results provide excellent evidence that shape-shifting and self-locking microdevices improve the effectiveness of long-term drug delivery.

Coincidentally, the PCR test in China is now also performed anally because the reliability of the results is said to be better and of course this practice is immediately supported in the Western mainstream media. (See Business Insider) [6]

Note: If you can’t imagine the government administering toxins to you against your will and without your consent, think of all the horrific experiments on humans that were admitted afterwards and which, according to Wikipedia, [7] have continued well into modern times. In 2007, the CDC [8] even admitted that between 1955 and 1963, 10-30 million citizens were infected with the carcinogen SV40 via polio vaccination.

In a revealing video conference [9] with Dr. Judy Mikovits, Robert Kennedy Jr. and Dr. David Martin, it is explained that the mRNA vaccine, by the legal definition, is not a vaccine at all. It is falsely called a vaccine to hide the fact that the purported vaccine is, in fact, a gene therapy.

Experienced physician and epidemiologist, Dr. Wolfgang Wodarg, stated in a censored interview with Rubikon, “Actually, this ‘promising’ vaccine should be PROHIBITED for the vast majority of people because it is genetic engineering!” Mary Holland, Vice President and Chief Advocate of the Children’s Health Defense Organization, warns, “New vaccine technologies will likely lead to new types of vaccine harms. Since there has never been an approved mRNA vaccine, we really don’t know what such damage will look like. Because vaccines have been developed so quickly and clinical trials are so short, the long-term damage is completely unknown.”

What is particularly chilling is that the vast majority do not even know what the mRNA vaccine is doing in their bodies. They simply allow themselves to be blindly vaccinated, and this despite the fact that more and more independent and even orthodox medical experts are warning against it. (See doctors from around the world warn against mRNA vaccination) [10] In this context, it should not be forgotten that the American company modeRNA Therapeutics was founded in 2010 not as a vaccine manufacturer, but as a GenTech company. The example of the many Monsanto scandals makes it crystal clear that genetic engineering does not serve to protect species, but rather to gain power. The hidden agenda is to genetically modify species in order to patent or own them. Former U.S. Secretary of State Henry Kissinger once said, “Whoever controls the seed controls the world.” (See Press Portal) [11]

What’s next? Are they going to patent our bodies after they genetically engineer us with the mRNA vaccine?

Dr. Carrie Madej, [12] a specialist in internal medicine with over 19 years of experience, states that the COVID-19 vaccine could actually be a Trojan horse to patent humans because it alters our DNA. According to an Article published in the British science journal Phys.org in January 2020 [13], it is confirmed that modified RNA has a direct impact on our DNA. The following passage is particularly alarming: “Several research groups are now working together to investigate what effect this may have on the DNA molecule. We already know that R-loop regions are associated with DNA sequences that contain active genes, and that this can lead to chromosome breaks and the loss of genetic information.” Also alarming is the fact that leading vaccine manufacturers such as Pfizer are warning their subjects not to reproduce after vaccination (see Pfizer, p. 132) [14 PDF] By doing so, the pharmaceutical company is confirming that the mRNA vaccine can have negative effects on human reproduction and is being vaccinated in spite of it!

Conclusion: Anyone who knows a little history knows that genetic experimentation and human experimentation are nothing new. Although modern eugenics has its origins in the 19th century, the ideas, measures and justifications of state and social interventions and influences on reproduction have been known since ancient times. They can already be found in Plato’s “Politeia,” which, however, is limited to state selection and education. In the Renaissance, corresponding lines of thought can be found in the social utopian writings “Utopia” by Thomas Morus, “Nova Atlantis” by Francis Bacon and “La città del Sole” by Tommaso Campanella. But because common sense instinctively resists such interventions, the establishment has always endeavored to disguise its true intentions with misleading labels. The Nazis, for example, disguised eugenics as “hereditary health science” or “hereditary care” to make it attractive to the masses, and today the same sick agenda is sold to us with a new “vaccine” to save us from a supposed “pandemic”.