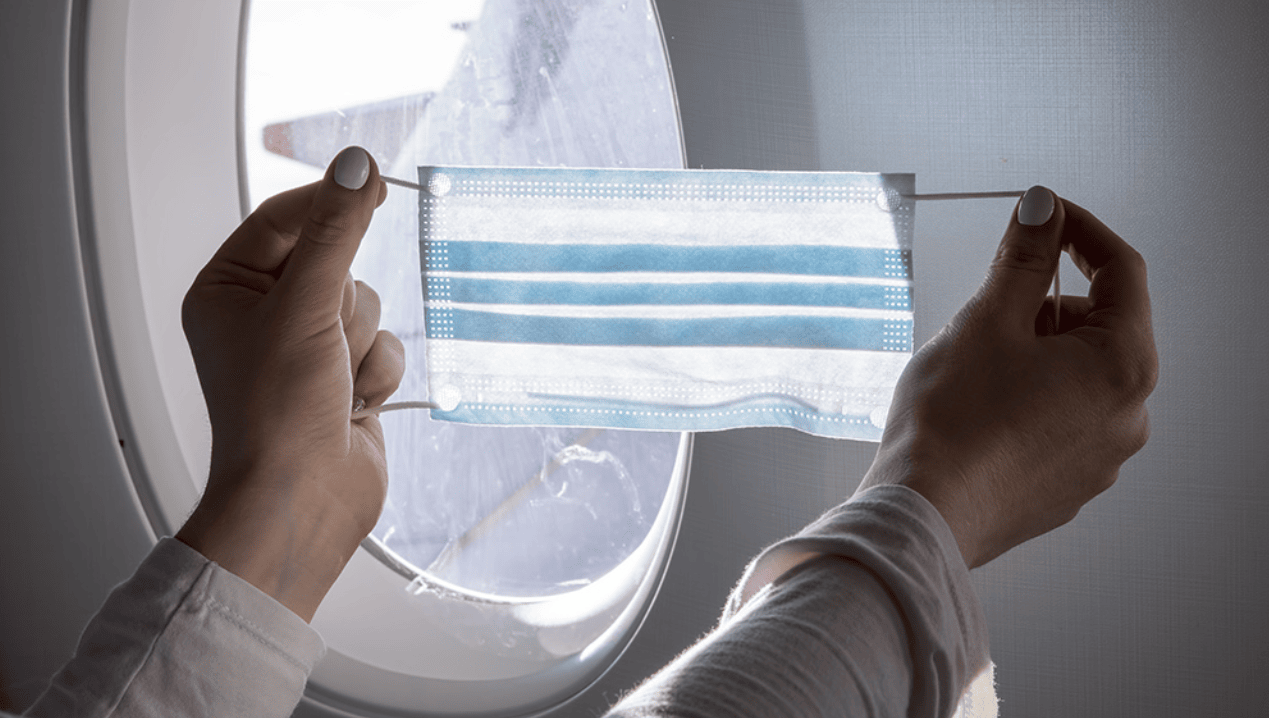 “Let’s Go Brandon is not offensive or untoward. It’s not pornography or a curse word. This is a simple, innocent, pretty much innocuous statement of political alliance. What they’re telling us [is]: ‘If you have a political statement that our establishment disagrees with, we’ll kick you off the plane. We sold you a ticket, now we’re going to take your money. We’re going to kick you off the plane for having Let’s Go Brandon on your mask,’” said Smith.

According to the New York Post, footage of the passenger being ejected was first posted by the Libs of TikTok account. The man argued with the flight attendant over the slogan on his mask, which had the anti-Biden message on it. “Today, you can’t have ‘Let’s Go Brandon’ on your mask or you will be removed,” the video’s caption said.

In a statement to Fox Business, Allegiant confirmed the incident and added that the man was removed for failure to “comply with repeated crew member requests to adhere to the federal face mask policy.

The carrier continued: “The passenger was removed from the flight and issued a refund for his fare. Disregarding instructions from flight crew members is prohibited by federal regulations and is grounds for removal from a flight where such conduct creates an unsafe environment.”(Related: DELTA airlines boots two women for private conversation about Trump…)

The “American Journal” host proceeded to eviscerate all the parties involved in the incident. “On one hand, you have the petty tyranny of the stewardess. Any hint of power over somebody else, and they just start salivating; they’re just desperate to exercise it,” Smith said.

“Does she have the power to do this? No, of course not. But she does if you obey her. She’s not the one that pisses me off. Let’s be honest, she’s an annoying control freak Karen, so screw her.”

He also expressed disappointment over the rest of the passengers “either quietly pretending like this isn’t happening or actually blaming the guy for being treated this way.” Smith continued: “Did you hear what the guy holding the phone said? He said ‘This guy’s being a jerk, now is not the time.’ What is going on in these people’s minds? What do they think is happening? What do they see around them in the world?”

“This is a guy sitting by himself, not doing anything. He’s got a political slogan on his mask as many people do. He isn’t doing anything, he isn’t causing trouble, he isn’t the one delaying them. He is the one being imposed upon [and] confronted. [Yet] they’re mad at him for not complying.”

The “American Journal” host did not hold back on his criticism, even denouncing the passenger wearing the “Let’s Go Brandon” mask for capitulating. “Why did he stand up [and] leave the plane? He is not in the wrong in this situation, he is absolutely in the right. So why did he go along with her?”

“What they’re trying to enforce is not a rule. It’s not a law, it’s not a scripture. Those are all lies so you can ignore them. If they come up to you and try to enforce something that is not a rule and is not a law and they have no authority to do so, the only way they succeed in this is with your complicity. They only way they succeed in that is by you going along with them and surrendering the power to them.”

TSA says only two people agreed to pay fines for not wearing masks while on airplanes.

FAA fines passenger for not wearing mask aboard flight.

Watch Harrison Smith talk about the incident below.