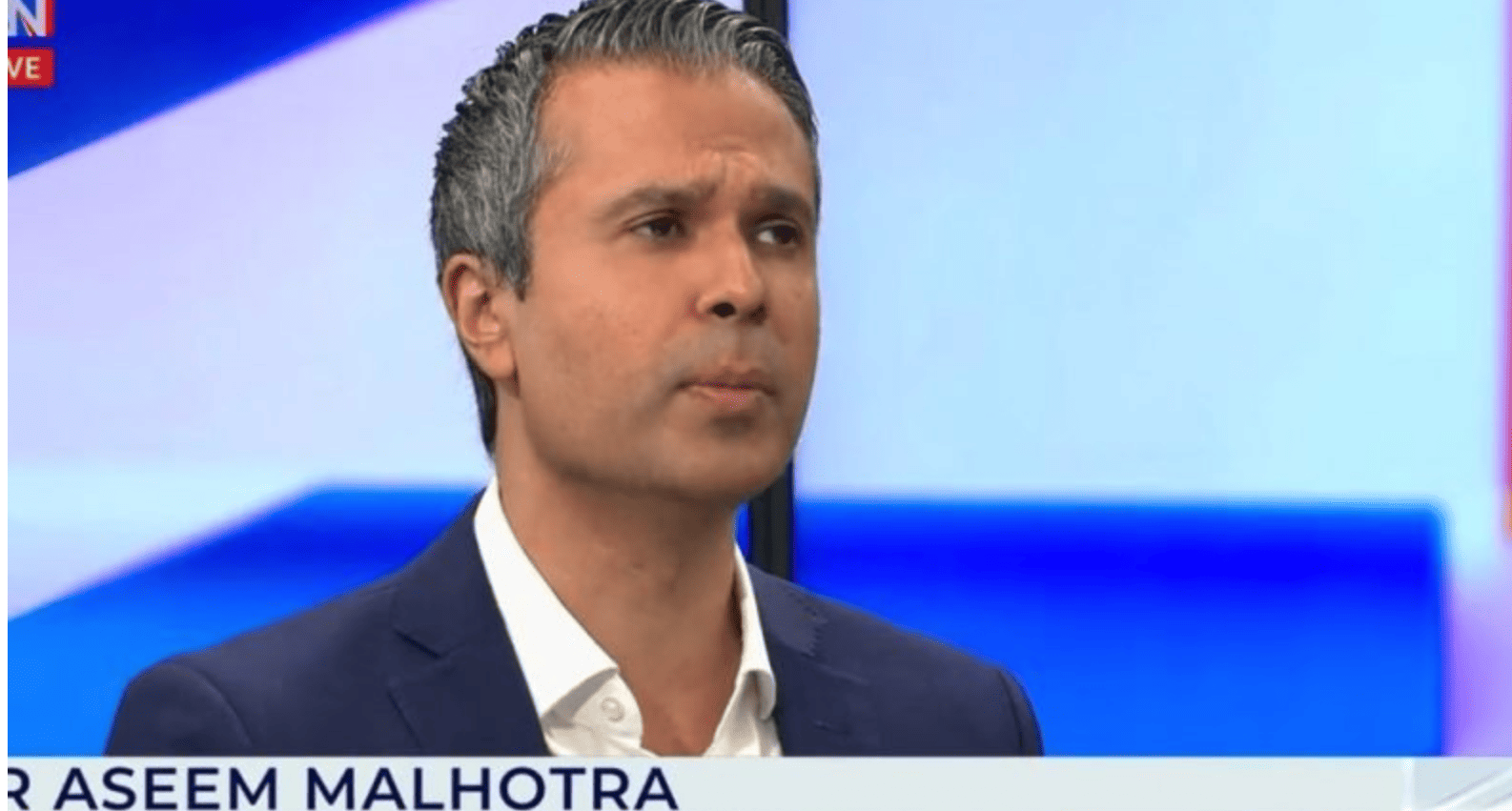 Take a breath. Release the tension in your body. Place attention on your physical heart. Breathe slowly into the area for 60 seconds, focusing on feeling a sense of ease. Click here to learn why we suggest this.

On Nov. 8, 2021, an abstract appeared in the Journal Circulation of the American Heart Association (AMA) showing that COVID vaccines “dramatically” increase heart inflammation in the people that were studied. It also led to a substantial increase in the risk of heart complications, like myocarditis and heart attacks.

Twitter put a note on the post by the AMA, stating that it could be misleading and the study could have errors in it.

Cardiologist and NHS consultant Dr. Aseem Malhotra appeared on GBN explaining the findings, and while he was doing so he mentioned another study conducted by a well known cardiologist, who wished to remain anonymous, that found the same thing.

He stated the following,

“A few days ago after this was published (the abstract), somebody from a very prestigious British institution, cardiologist department, a researcher. A whistleblower if you’d like contacted me to say that the researchers in this department had found something similar within the coronary arteries linked to the vaccine, inflammation from imaging studies around the coronary arteries.

And they had a meeting, and these researchers at the moment have decided that they’re not going to publish their findings. Because they are concerned about losing research money from the drug industry.

Now this person was very upset about it, and um, I obviously wanted to share this on GB news today.”

What does this say about the current moment our world is living in? Important information is concealed due to the fact it may threaten one’s ability to work, leaving the public uninformed. Pharmaceutical companies not only threaten to stop ones funding if findings go against their business interests, but they also refuse acknowledge science that calls their products into question.

Many of these companies have long had a disregard for ethics and morals. They’ve even gone so far as to lie about the efficacy and the safety of their products. Robert G. Evans, PhD, Emeritus Professor, Vancouver School of Economics, UBC wrote a paper in 2010 titled “Tough on Crime? Pfizer and the CIHR,” it is accessible through the National Library of Medicine (PubMed). In it he outlines how Pfizer has been a “habitual offender,” constantly engaging in illegal and criminal activities. This particular paper points out that from 2002 to 2010, Pfizer has been “assessed $3 billion in criminal convictions, civil penalties and jury awards” and has set records for both criminal fines and total penalties. Keep in mind we are now in 2021 and these numbers have likely risen.

This is concerning, especially given the fact that these companies have big control over academic and medical institutions, as well as medical education.