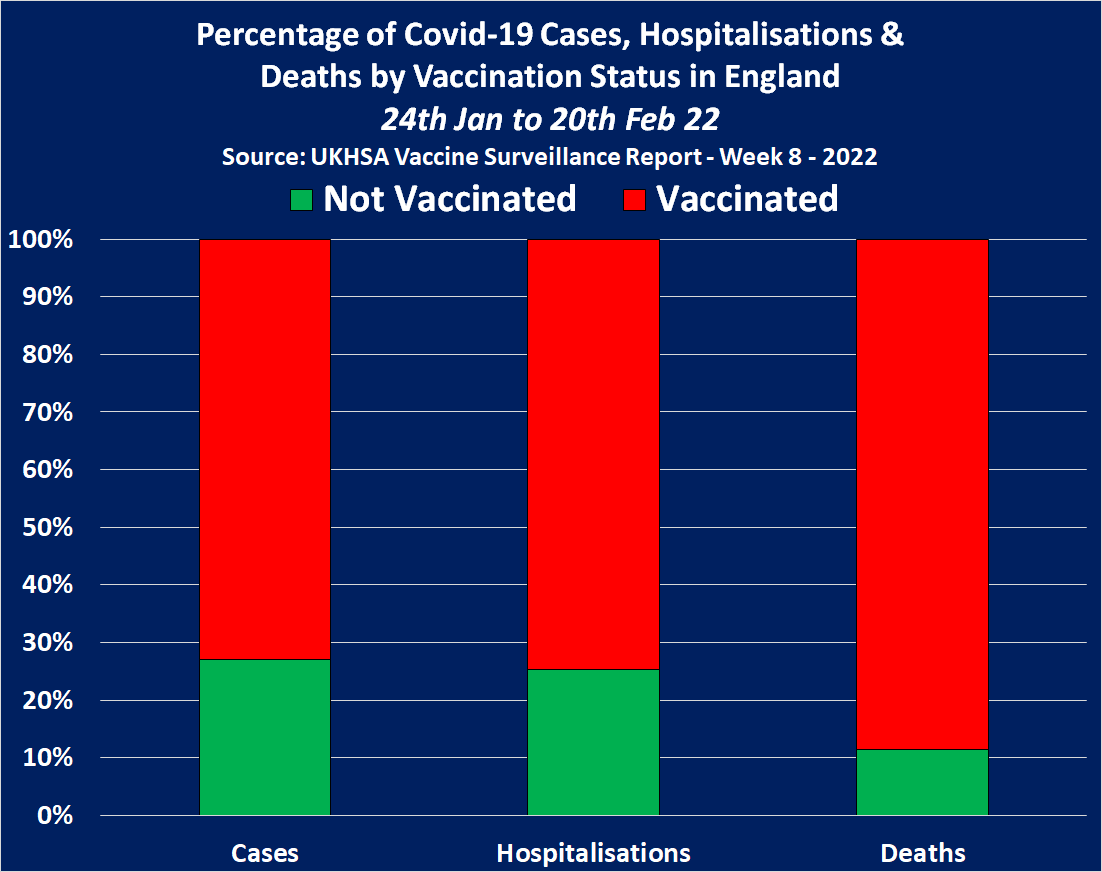 While everyone was distracted by the conflict in Ukraine, the United Kingdom released official government data showing that 9 out of 10 COVID deaths are in those who have been “vaccinated.” The most recent figures show that the triple vaccinated now account for 4 out of 5 COVID deaths.

So this begs the question: are ruling classes using COVID as an excuse to cover up for vaccine deaths? With so many deaths in the “vaccinated”, it should be, at a bare minimum, addressed.

The UK Health Security Agency (UKHSA) publishes a weekly Covid-19 Vaccine Surveillance Report, the most recent of which was published Thursday. February 24th, 2022, and it can be viewed in its entirety here, on the rulers’ website.

So if these “vaccines” worked, how is this possible? If they worked, how is anyone still getting COVID at all? Ask the tough questions, because those who want your compliance and to control won’t be giving you any real information that could help you make your own practical and critical decisions.