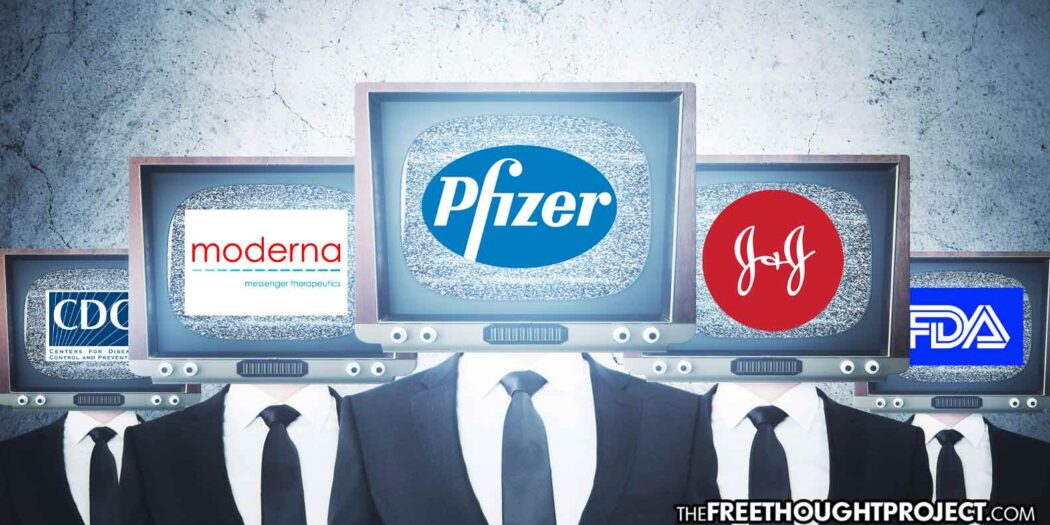 The government was originally transparent with their advertising campaign, rubbing it in the faces of taxpayers that their money was going to paying for commercials for billion dollar companies. However, according to documents obtained under a Freedom of Information Act (FOIA) request, we are now learning that this campaign was far more insidious than just commercials.

According to FOIA documents obtained by the Blaze, the current administration paid the whole of corporate media, including the so-called “conservative” outlets, a billion of your tax dollars to carry out a massive campaign to push positive information about the COVID-19 vaccines. This was done through ads but the same companies also produced positive news reports on the jabs as well.

The propaganda was carried out as part of the “COVID-19 Public Education Campaign,” a “national initiative to increase public confidence in and uptake of COVID-19 vaccines,” was created with the goal of having “trusted messengers and influencers” speak to news organizations to “provide factual, timely information and steps people can take to protect themselves, their families, and their communities.”

In response to a FOIA request by The Blaze media outlet, the Department of Health and Human Services admitted that it spend hundreds of millions of dollars on the purchasing of “advertising from major news networks including ABC, CBS, and NBC, as well as cable TV news stations Fox News, CNN, and MSNBC, legacy media publications including the New York Post, the Los Angeles Times, and the Washington Post, digital media companies like BuzzFeed News and Newsmax, and hundreds of local newspapers and TV stations. These outlets were collectively responsible for publishing countless articles and video segments regarding the vaccine that were nearly uniformly positive about the vaccine in terms of both its efficacy and safety.”

The breach of journalistic integrity in this scheme cannot be understated. While the average American thought they were consuming “unbiased” media reports, they were actually part of a paid propaganda campaign to convince them to take the vaccine.

As the Blaze points out, “though virtually all of these newsrooms produced stories covering the COVID-19 vaccines, the taxpayer dollars flowing to their companies were not disclosed to audiences in news reports, since common practice dictates that editorial teams operate independently of media advertising departments and news teams felt no need to make the disclosure, as some publications reached for comment explained.”

“Advertisers pay for space to share their messages, as was the case here, and those ads are clearly labeled as such,” explained Shani George, vice president of communications for the Washington Post, in a statement. “The newsroom is completely independent from the advertising department,” she said.

A spokeswoman for the Los Angeles Times gave a similar statement, emphasizing that the “newsroom operates independently from advertising.”

However, that was clearly not the case.

Emerald Robinson, an independent journalist who previously served as the chief White House correspondent for Newsmax (2020-2022) and for One America News (2017-2020), said she was contacted by a whistleblower inside Newsmax who confirmed that Newsmax executives agreed to take the money from Biden’s HHS to push only positive coverage of the new COVID shots.

This was evidenced by the CEO of Newsmax, Chris Ruddy writing an op-ed “applauding Biden for his vaccine efforts.”

“At Newsmax, we have strongly advocated for the public to be vaccinated. The many medical experts who have appeared on our network have been near unanimous in support of the vaccine. I myself have gotten the Pfizer vaccine. There’s no question in my mind, countless lives would have been saved if the vaccine was available earlier,” Ruddy wrote.

We have since learned that the jabs are not nearly as “safe and effective” as these media outlets have claimed. Yet mainstream shills came out swinging saying it was.

In the video below, from last year, media blowhard and known liar, Rachel Maddox claimed — with no scientific data to back her up — that the vaccine will keep you safe from getting covid.

Sure but no one was as convincing as maddow pic.twitter.com/XJTM94sa3J

It wasn’t just Maddow either. As these FOIA documents illustrate, every single major outlet took money to propagandize the citizens. Given the recent release of Pfizer’s covid vaccine data from the FDA, this move by the government was nothing short of insidious.

In a 55,000-page set of documents released last week, the FDA’s Center for Biologics Evaluation and Research allowed the public to access data for the first time that Pfizer submitted to the FDA from its clinical trials in support of a COVID-19 “vaccine” license. Hidden in one appendix is a 38-page report of clinical data for Pfizer’s “vaccine” which lists a massive array of 1,291 alleged adverse side effects from the shot.

The chairman of the Liberty Council, which has been active in fighting mandatory vaccinations, Mat Staver reported, “People have been injured and died as a result of the most extensive propaganda campaign in U.S. history and it was paid for with our taxpayer dollars. These COVID shots are neither safe nor effective. However, the American public has been given propaganda instead of truth from the news media. Sadly, most of the American corporate media has been paid off by the Biden administration to publish propaganda. The consequence is that many people have needlessly suffered as a result of the censorship and propaganda.”