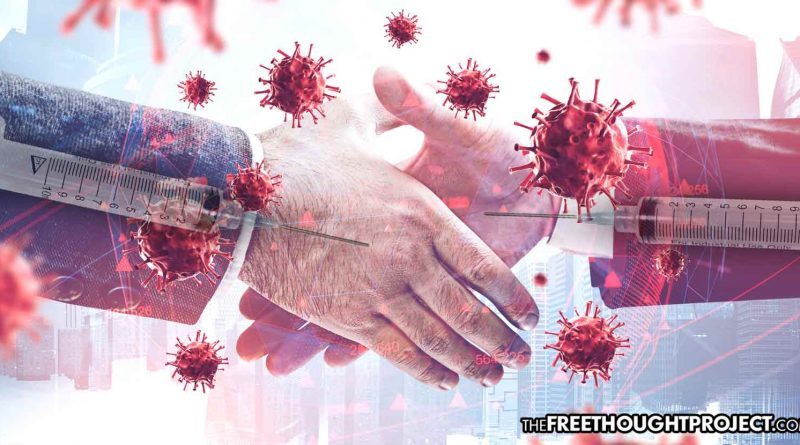 In spite of threats, coercion, firings, and even talk of jail, vaccine hesitancy has remained constant for months with nearly 40 percent of Americans choosing to abstain. Now, with the release of Pfizer docs earlier this month, many of the folks who abstained, are patting themselves on the back.

In January, after the FDA and Pfizer received massive backlash for delaying the release of vaccine data for 75 years, U.S. District Judge Mark T. Pittman ordered the agency to turn over 55,000 pages of vaccine trial data every month. On March 1, that first release came and not a single mainstream outlet reported on it.

In that 55,000-page set of documents released earlier this month, the FDA’s Center for Biologics Evaluation and Research allowed the public to access data for the first time that Pfizer submitted to the FDA from its clinical trials in support of a COVID-19 “vaccine” license. Hidden in one appendix is a 38-page report of clinical data for Pfizer’s “vaccine” which lists a massive array of 1,291 alleged adverse side effects from the shot.

Despite other countries acknowledging vaccine injuries, the US establishment and their fact checking army in the mainstream, refuse to admit that some folks have been hurt. This is why so many folks were skeptical.

Now, however, with new technology being tested in various parts of the world, force may no longer be needed to achieve a 100 percent vaccination rate. A new and extremely controversial vaccination technology is being tested to stop the spread of various diseases and it is an authoritarian mad scientist’s wet dream.

Fortunately for now, it is only being tested in animals to stop wildlife from spreading Ebola, rabies, and other viruses. They are called “contagious vaccines” and they are as ominous as they sound.

As the National Geographic reports (emphasis mine):

Imagine a cure that’s as contagious as the disease it fights—a vaccine that could replicate in a host’s body and spread to others nearby, quickly and easily protecting a whole population from microbial attacks. That’s the goal of several teams around the world who are reviving controversial research to develop self-spreading vaccines.

Their hope is to reduce infectious disease transmission among wild animals, thereby lowering the risk that harmful viruses and bacteria can jump from wildlife to humans as many experts believe happened with SARS-CoV-2, the virus that caused the COVID-19 pandemic.

Because animals are wild, vaccinating entire populations is a difficult task. So, scientists are researching how they can vaccinate just a few animals from a population who will then spread the vaccine to the other animals in the population.

Researchers say that vaccinating the animal population will protect the human population by stopping the virus before it jumps to the human population. While this may sound somewhat reasonable, the idea of engineering a self spreading attenuated version of a virus is horrifying to many which is why this research has opposition from other scientists.

“Once you set something engineered and self-transmissible out into nature, you don’t know what happens to it and where it will go,” says Jonas Sandbrink, a biosecurity researcher at the University of Oxford’s Future of Humanity Institute. “Even if you just start by setting it out into animal populations, part of the genetic elements might find their way back into humans.”

Only one study had been done in 1999 and the European Medicines Agency, EMA, denied researchers an approval for real world use citing safety concerns. It turns out that researchers used a myxoma virus, which is itself deadly, as its vehicle for the vaccine, according to the report.

the myxoma virus that had become such a devastating challenge in Europe arose because a man in France intentionally released the virus in 1952 to keep rabbits out of his home garden. In 2018 Spanish researchers started noticing that a myxoma virus was killing wild hares, a species similar to rabbits. Scientists sequenced its genome and concluded that the myxoma virus had mixed with a poxvirus, enabling it to jump species.

For a decade and a half, cooler heads prevailed but in 2016, research picked back up again and now multiple groups are studying contagious vaccines across the planet. The new researchers genetically modify viruses, using a cytomegalovirus, or CMVs — a group that belongs to the herpes family — as a means of spreading itself.

For now, no real world test has been done, but it’s only a matter of time. While these studies are strictly limited to animals for the time being, researchers are already contemplating the reaction if they were introduced to the human population. Alec Redwood, a principal research fellow at the University of Western Australia, who is carrying out the CMV studies on animals noted that, “We can’t even get people to take a vaccine in a global pandemic. The idea that you would be able to surreptitiously vaccinate the population with a virus without causing riots is just, you know, it’s stuff of fantasy. It will never be used in humans.”

Given the reaction to COVID-19 by governments across the planet — like arresting people for playing in a park, jailing people for refusing the vaccine, and forcing people into quarantine camps — claiming this will “never be used in humans,” offers very little solace. And we aren’t even talking about the myriad of illegal and unethical secret experiments that governments, including this one, have carried out against their citizens for centuries.

Big Pharma Whistleblower Warns Food Will Be Used As Vaccines