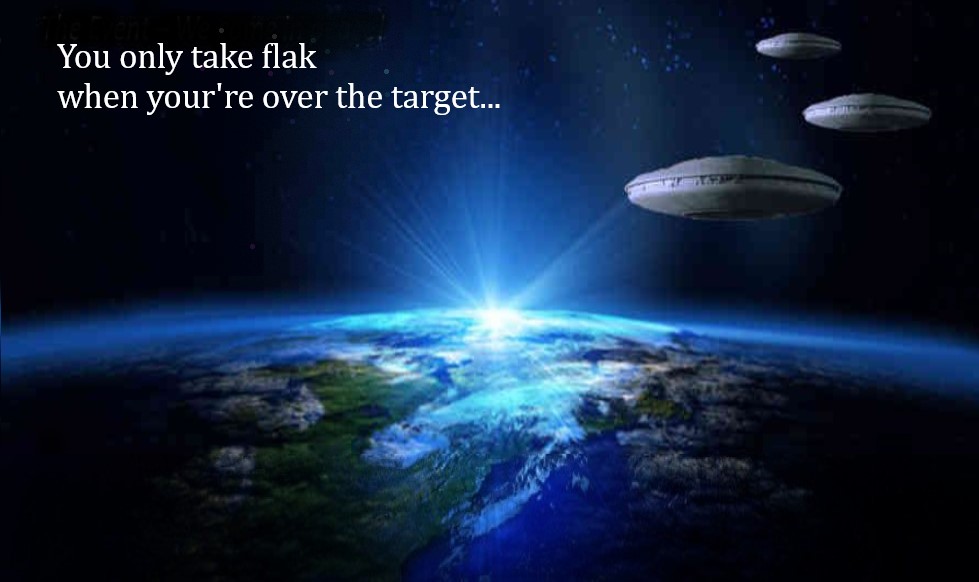 You only catch flak when you’re over the target!

This post had been removed by those who try to block the free flow of information. You can’t stop the truth!
The Portal

You can read a little bit of a background explanation about the causes of the current conflict between Russia and Ukraine in my past articles:

There were urgent meetings between the Pleiadians and top Russian military brass in the last few days before the war broke out and the Pleiadians have advised against a full scale Russian military operation in Ukraine. From their perspective, the main objectives could be reached by Russian peacekeeping forces in Lugansk and Donetsk and with refusing to react to Jesuit-backed provocations from the West, who want to create World war III to fulfill their end time prophecies:

Putin has succumbed to pressure from some of his Jesuit-controlled advisers in the Russian military and the Russian Orthodox Church, and the Jesuits got the war they wanted, but it will not go as they have planned.

Putin has chosen the moment of maximum weakness of the West at USA Pluto return to attack:

His main goal is to demilitarize Ukraine to secure Russia from immediate military threats, to clear dangerous biolabs and to purge Ukraine from Neonazi elements:

There are many factions within Ukraine with strong Neonazi inclination that have committed heavy crimes, often with tacit approval from the Ukrainian government:

The Jesuits are influencing Ukraine with their Zionist proxies:

Russian minority in Ukraine is being harassed to a great extent:

Sources have confirmed that Russian military is NOT attacking civilians in this war, and there is a great deal of disinfo propagated through the Western media:

Sources have also stated that the goal of Russian military is NOT to topple Zelensky, and that the Russian military will retreat as soon as the strategic goals listed above will be reached, which is in about two weeks as per their estimate. If Jesuit-controlled Western allies do not manage to escalate the situation further, peace in the region could realistically happen in a few weeks.

There are peace talks scheduled for tomorrow:

Positive sources have drafted a peace proposal that could work, if people on both sides use common sense and are willing to reach a rational compromise. Diplomatic personnel reading this can forward this proposal to relevant parties:

Blogspot
War and Peace
You can read a little bit of a background explanation about the causes of the current conflict between Russia and Ukraine in my past article…
t.me/theportal2012/175
Read in:
Français